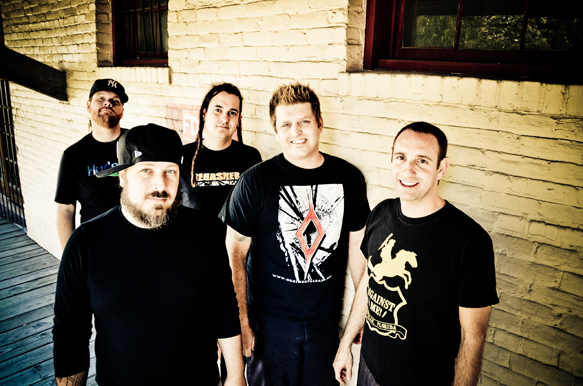 With over 20 years in the industry and nine full-length albums under their belt it’s safe to say that ska-punk band, Less Than Jake, knows a thing or two about success. This statement could not be truer of their most recent release, See The Light (2013). Even after two decades together, the Gainsville, Florida natives have found a way to stay relevant to their fans and even make some new ones along the way.

“Good Enough” is the opening track from See The Light. The strong upbeat musicality of the song makes it impossible to not tap along to just as the catchy, resounding lyrics are impossible to not sing. But beyond the horns and the steady bass line, is a relatable message for anyone listening: “We’ve been born into believing that it’s true / What’s been good enough for them should be good enough for you.” It’s a strong way to start the reintroduction of the band and this brand new album.

The follow-up tracks, “My Money Is on the Long Shot”, and “Jump” incorporate more punk into the ska-based sound of the songs. The drum lines and heavy bass are more prominent, and the angst in Chris DeMakes’ (vocals/guitar) voice can’t be missed. Even with the rock breaks in the tracks, however, the pace of See The Light never slows down. “Do the Math” is another memorable track from the album. With a strong solo guitar opening, listeners are captivated from the very start as the song morphs into full on ska.

“Bless the Cracks” is different from the first half of the album in that it takes time to build into the loud and upbeat track that it is. The song starts off quieter with the focus being on DeMakes’ voice and the reflective lyrics he sings. The only sounds accompanying the vocals are a steady bass line and a little drumming. However, towards the end of the first verse, the horns make their way into the song before breaking out into a powerful chorus. Following this is Caribbean-sounding, “John the Baptist Bones.” This track introduces new forms of percussion onto the album and features a minute-long horn solo easily making this one of the coolest sounding tracks off of See The Light.

At this point in the record, a transition is made toward a more punk sound, showing listeners that Less Than Jake hasn’t strayed far from their roots. “The Troubles” is a stand-out track that quite literally makes you want to dance. It’s an upbeat feel good song that you just want to play over and over again. Soon after, See The Light reaches what is arguably the best track on the album, “Sunstroke”. Featuring a strong sound and powerful lyrics, this song really doesn’t need fancy adjectives to do it justice. The three minute and ten second track is enough proof in itself. The strongest lyricism is featured in the opening of the track: “When did I become a tourist in the city I got my name from? / How did construction sites rise up on streets with shoes tied to old power lines?”

See The Light comes full circle with closing songs “A Short History Lesson” and “Weekend All Year Long”. Both tracks feature sounds that are 50% ska and 50% punk. They are the perfect balance in sound and the perfect summary of the stellar album. It’s no wonder Less Than Jake saved these two songs for the closing of the album as they are they are such an appropriate wrap up.

It’s crazy that after two decades, Less Than Jake is still a household name. Beyond that, it’s even crazier that they are still making relevant music. See The Light is a perfect summary of what Less Than Jake is. It’s ska, it’s punk, it’s catchy, and it’s atypical. This album embodies every kind of sound and could honestly appeal to any kind of audience. For this reason, Cryptic Rock has given See The Light 5 out of 5 stars. 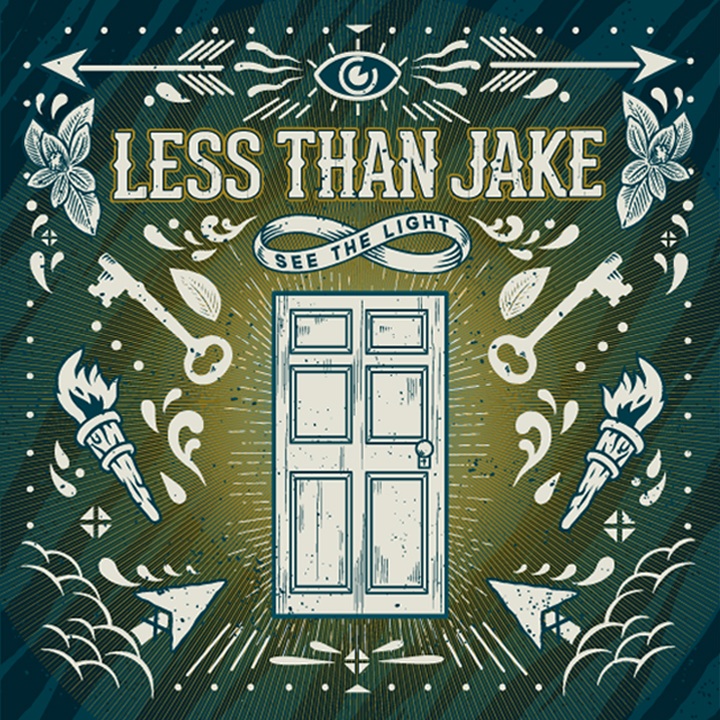