Some movies flash bright and loud, sucking up all the conversation while they are still in the theaters before fizzling out as time goes by. Thirty years later, nobody remembers them. Then there are other movies barely make a peep, but gain traction with time and find a cult following or perhaps a new life in the home video market and are looked back at fondly.Thirty years later, there is a lot more people talking about them than when they came out. Then there is the third type of film; an instant hit with longevity. A film that is popular when it comes out, and only builds on that popularity as time goes by, becoming a household name; an ensconced cultural staple. Written by Shane Black (The Last Boy Scout 1991, The Long Kiss Goodnight 1996) and directed by Richard Donner (The Toy 1982, The Goonies 1985), the award winning Lethal Weapon fits right into this category. 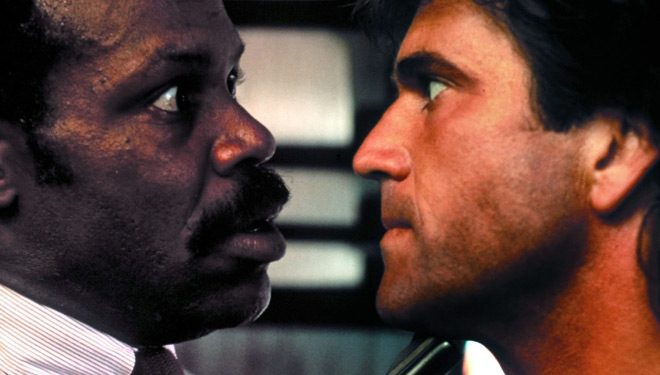 Considered one of the most influential buddy cop movies of all time, before the endless sequels, the reboot talks, the more recent television series, and even the continual parody within episodes of shows like It’s Always Sunny In Philadelphia, it all started with Lethal Weapon’s release on March 6th of 1987.

Released via Warner Bros, Lethal Weapon was a film that managed to re-energize the Action genre, balancing the weight of its characters with a quality that would come to define the film’s distinctive style – its endlessly intense narrative propulsion. Claiming a top film spot for three straight weeks after its release, Lethal Weapon would go on to gross over $120 million against a production budget of approximately $15 million, it was nominated for Academy Award in the category of Best Sound, and it would lay the groundwork for films such as 1995’s Bad Boys and the famous Rush Hour series.

Starring Danny Glover (The Color Purple 1985, Predator 2 1990) and Mel Gibson (Braveheart 1995, The Patriot 2000), Lethal Weapon took the classic feuding partner-cop cliches and elevated them through the consistent quality of its production, tasking two diametrically opposed cops with investigating a murder that spirals out into a far-reaching criminal conspiracy that quickly gets personal.

A film that was less an examination of and more of a roller coaster through its jet black world, and for that it is easy to decide where credit should go – screenwriter Shane Black, who has become infamous for having a distinct authorial style. As his first distributed feature, this was the film that introduced and solidified many of the features of his writing that would become characteristic of his work. Clever banter? Check. Quick pacing? Check. Two bickering main characters? Check. Humorous nihilism? Check. No-holds barred action set pieces? Check.

Before it was ever known as the Shane Black style though, it was simply the Lethal Weapon style, and perhaps it still should be. Lethal Weapon does not just feature all these things, it brings them together as expertly as has ever been managed, each component bouncing off each other to form a stronger whole.

Action, character and humor are not individual components here – they are all used to elevate each other. The high-concept action sequences act as a check against the bleakness of the characters’ outlook, working with the humor to keep the audience engaged throughout. Meanwhile, it is that bleakness to the characters that make give the humor and the action its punch. And how else but through nihilistic humor would we even get a window into just how bleak a character somebody like Riggs is in the first place? Some films are a smorgasbord, throwing everything together and hoping it sticks – Lethal Weapon is a tapestry. 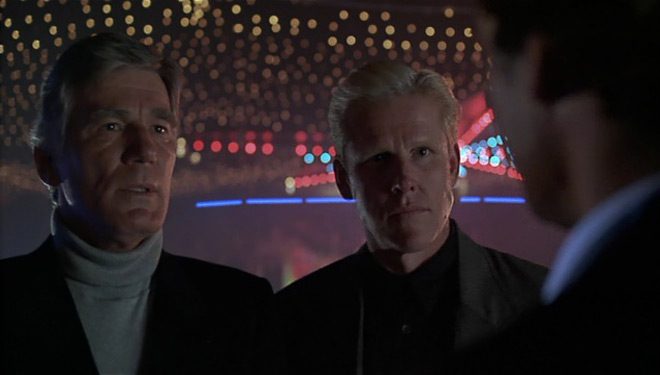 Of course, the movie works on more than just a stylistic level – and that is down mostly to the two lead characters. Riggs and Murtaugh have become iconic and popular, with Gibson and Glover reprising the roles several times. This is largely because of how well defined the characters are, served equally well by Black’s dark and quippy dialogue and the quality of the performances.

Gibson and Glover may be playing characters who are largely “types,” but that is not how they play them. They add shades to their characters that are not present in the script, saying so much with their little reactions to each other, ultimately resulting in two people that are largely defined by the way in which they relate to each other. This movie focusing on either Riggs or Murtaugh would not work on more than just a plot level – it is how these personalities collide that gives the film its meat.

In essence, Black knew well that all the plot theatrics and fancy style in the world could not make up for characters who failed to connect to an audience. Thankfully, both Riggs and Murtaugh are  interesting and easy to relate to, largely because of an underlying core of honor we can see in both. Under it all, these are just men searching for what most of the world is searching for; a place to do good. They are good men made different degrees of weary by the world around them. This is the film’s nucleus, and everything else is essentially window dressing built to highlight it.

Of course, the influence of the Donner’s direction cannot be understated either, even if Black’s script tends to soak up most of the recognition for really shaping the film. Most famous for his work on 1978’s Superman, Donner was known to be a reliable producer of Action blockbusters. He brought a steely-eyed shooting style that meshed well with Black’s cynical world – he surely lacked in directorial flourishes, but that is just what this movie needed. His skill in mounting big-budget blockbusters was pivotal to the film’s production; without Donner’s ability to sell and shoot the action set pieces, it is entirely possible this could have been a movie both far less confident and far weaker. 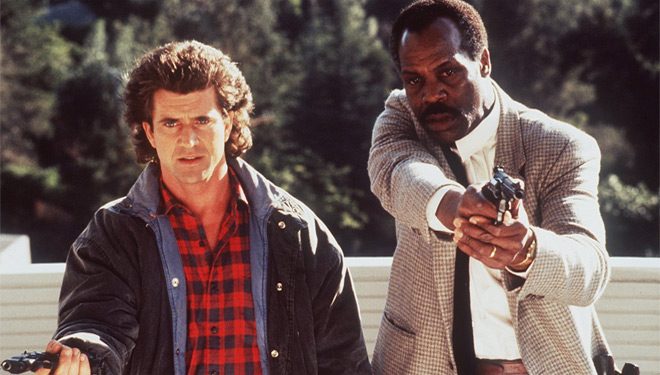 This gets to the point of just why Lethal Weapon has endured as a classic; it is a perfect example of the confidence that comes from tonal cohesion. Every moment of the film is geared towards that pseudo-noir worldview, and no element of the production works opposite this goal. This gives it a transcendental, timeless quality – viewers do not need to live in the time as Riggs and Murtaugh, because their world is so precisely defined.  The details of our world simply do not affect the viewing experience of a film like this because it is uniquely it is own world all the way through.

Regardless of when it is actually set, it is near impossible for a film like Lethal Weapon to feel dated for just this reason. Instead, it just confidently establishes its own world, focused only on the rules and standards it sets out for itself. That is a world that audiences have been responding to ever since. 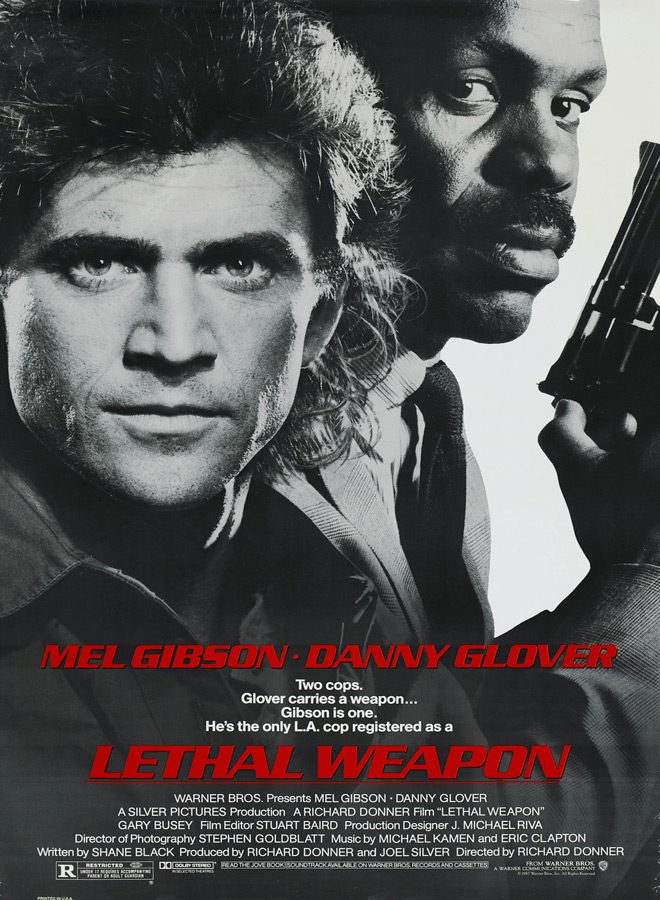