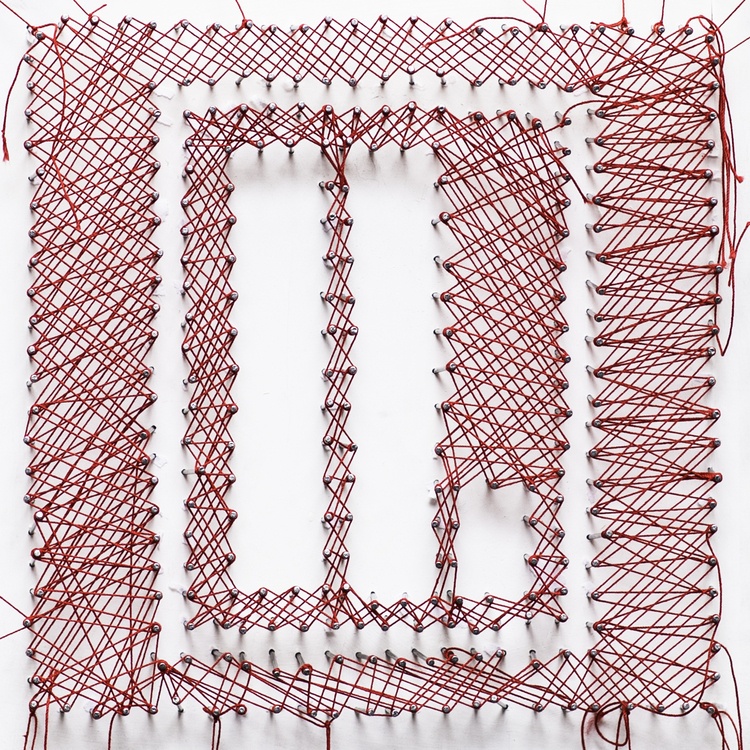 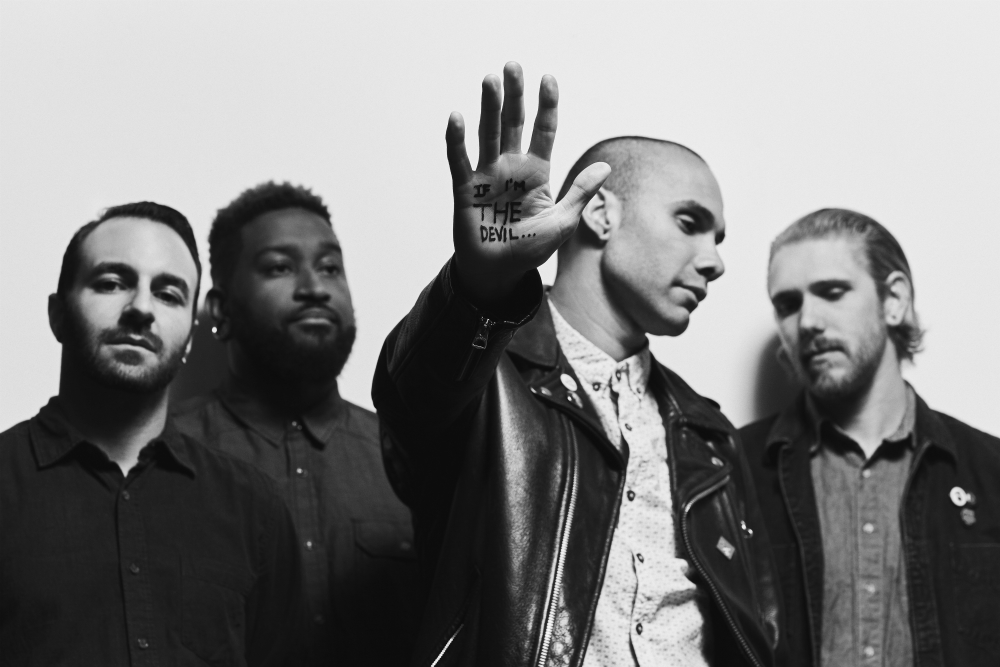 The story of letlive. began back in 2002 out in Los Angeles, CA with Vocalist Jason Aalon Butler at the helm, and after some lineup changes the band released their first EP in 2003, Exhaustion, Saltwater, and Everything in Between. After undergoing another set of lineup changes, the band released their debut, full-length album in 2005, Speak Like You Talk, on Tragic Hero Records and have continued to grow since. Usually categorized as Post-Hardcore, or Metalcore, letlive. has come to be recognized and identified as “Soul-Punx;” a fusion of Punk/Rock with Soul and R&B influences. Now the band is back with their fourth studio album, If I’m The Devil…, which is their second with Epitaph Records and highly anticipated follow-up to 2013’s The Blackest Beautiful.

Eleven tracks in total, “I’ve Learned To Love Myself” is a powerful and potent opening from the first words. Butler’s words echo heavily on the ears and heart as he laments, “The mask I used to wear is now becoming my face.” In the chorus, he continues this dark and hollow soliloquy; “I’ve learned to love myself, I’ve learned to love my self abandonment.” The depth of the drums echo hollow and painfully poignant, bringing life to the heartbreaking, yet liberating lyrics. Coming in behind this stirring and emotional beginning is the uplift of “Nu Romantics” with its rhythmic and bouncy pace, but lyrics rife with uncertainty. Then comes “Good Mourning, America,” which is piercing and effective in the way it addresses the state of the injustices in the world today and the importance of making your voice heard.

Later on, “Foreign Cab Rides” showcases the emotional impact of Butler’s vocal delivery and has a beautiful and desperate sense of longing to it. It literally screams of someone seeking the company and approval of another and not wanting to be alone. “Reluctantly Dead” opens with a lyrical punch with imagery of blood on hands and drug use. Butler confesses, “I’ve been confused for someone who’s in control.” Having admitted in interviews that he struggled with finding his identity for much of his life, this song shoots straight for the heart and questions how much of ourselves or others we truly know and how much we allow to be exposed. Keeping the backbone of the album strong, “Another Offensive Song” gives listeners some of what has come to be expected from letlive.; raw honesty and social commentary. Butler’s lyrics address issues and social double standards regarding crime and minorities, transgender people, and law enforcement profiling. This is a reach back to the same mentality addressed earlier in the album on “Good Mourning, America.”

Then, closing out the forty-four plus minute journey, is a two part farewell in the form of title track “If I’m The Devil…” and “Copper Colored Quiet” that bring this chapter to a close. “If I’m the Devil…” begins the end by having Butler confront his own feelings of insignificance and confusion regarding his identity, his place in the world, and internal as well as external conflicts that can arise; “If I’m the devil, you’re the reason.” Following that comes “Copper Colored Quiet,” providing a simplistic close that channels a more primitive sentiment and suggests that we are all privy to the end of the world as we know it. The world is changing and the way things have been are not as they will be always. Change is coming and there is room for improvement if we start from scratch. “We all came to watch your world as it burns.”

Letlive. has made a name for themselves as a band that pulls no punches both on stage and on record. Their brutal, sometimes uncomfortably honesty assertion of the world, as well as society, has garnered them both praise and criticism. Anyone who has ever seen the band’s live show knows that the level of visceral commitment of the guys, and especially Butler, is unparalleled in its intensity and soul. Well, taking that same energy and changing the pace creates If I’m The Devil…, and these musicians are changing the narrative to tell a different story: one of acceptance and transformation. That is exactly why CrypticRock gives If I’m The Devil… 4.5 out of 5 stars.

Thrice – Horizons/East (Album Review)
Like the in-depth, diverse coverage of Cryptic Rock? Help us in support to keep the magazine going strong for years to come with a small donation.