Liam Gallagher – As You Were (Album Review) 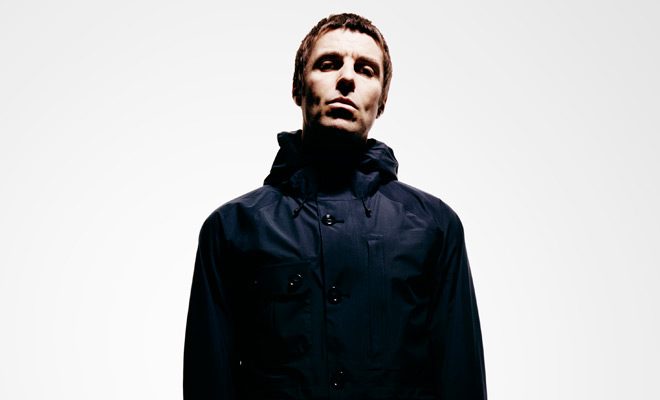 Not many rock stars can evoke the kind of passionate reaction from fans quite like Britpop icon Liam Gallagher. Liam Gallagher has been a staple on the Rock-n-Roll scene since starting back in the early 1990s with his brother Noel Gallagher forming Oasis and released their debut album Definitely Maybe in August of 1994. Successfully, Oasis rose to superstardom with 1995’s What’s The Story Morning Glory and 1997’s Be Here Now, after only being a band for a few short years, it was quite clear that the Gallagher brothers were here to stay.

For better or worse, after over 15 successful years as a band, Oasis disbanded in 2009 amidst internal tensions. Seemingly overwhelming, anger and a love/hate relationship between the two brothers was viewed as the culprit for the breakup. Although, as they say, life goes on, and so does the music. Nonetheless, after a brief stint with Beady Eye, it was in 2014 that arguably one of the most recognizable and most iconic frontmen of his generation found himself for the first time without a band. Liam Gallagher had just become a solo artist, he just didn’t know it yet.

As the man himself reports, Liam took a bit of a break from the music scene in order to take care of some personal issues and get himself back into form. Even after tweeting out in late 2015 that he would never be a solo artist, fans were enamored in 2016 by the announcement that he was indeed preparing to release his first ever solo album. Now after much anticipation, the time is almost here for Liam Gallagher to release his solo debut, As You Were.

Set for release on October 6, 2017 via Warner Bros. Records, upon first listen, As You Were is exactly what one would want, hope for, and in some cases even demand of from Liam Gallagher. Not disappointing in the least, it all begins with the album’s lead single, “Wall of Glass.” Complete with its thumping rhythmic drum beat, fuzzed out guitars, and great lead vocal line, it lets the listener know right out the gate that he still has it. Lyrically, it is about thinking that you can never be broken, yet as Liam states, ”One day you’ll shatter like a wall of glass.”

Moving right along, a droning mellowed-out groove can be heard on the track “Bold,” which much like the opener, has a possible hidden dig at Noel with the line, ”There’s no love worth chasing yesterday.” That aside, “Bold” has a pulsating bass line and groove which becomes the perfect background for Liam to proudly shout, “I didn’t do what I was told.” A standout, hardcore fans will get the deep meaning lyrics and meditative vibe to it. Then, songs like “Greedy Soul” stick out with a mid-range groove and heavy Rock-n-Roll drums. Anthemically, Liam states he is going ”toe to toe with a greedy soul.” It is moments like this that proves to Oasis fans that RKID is back!

Slowing the mood down a bit is the beautiful “When I’m In Need.” Presumably written about his girlfriend Debbie Gwyther, lines like “she’s right by my side, working me overtime” show another side of Liam. Matched with beautiful horns, strings, and even a subtle harpsichord, it is a spot on love song that hits the point right on the head. Sure to keep the vibe lively, the in-your-face song “You Better Run” again shows the swagger that everyone knows has been missing in Rock-n-Roll. Proudly shouting that he is ”gonna steal your thunder” and that he is ”not afraid to face you all,” it is a breathe of fresh air and a bit of beautiful arrogance that has made Liam who he is.

Thereafter, softer songs such as “China Town” come along with a simple beat and guitar, allowing Liam to ponder life. It is a very late night track to listen to while winding down. At this point, the album reaches an absolute stunner of a song called “Universal Gleem.” Arguably one of the best songs Liam has ever written and performed, it is intricate yet simplistic. Listeners will hear a much older and wiser Liam as he sings, ”Here comes my epiphany, been sitting here so patiently, give me something I can shout about, oh lord don’t let me down.” Speaking about growing older, coming to terms with that, and wanting to show he is indeed wiser, he states, ”But i’m older now, gonna show you how for real.”

Then the final of the 12 new tracks is another love song going by the title “I’ve All I Need.” Again, seemingly about his personal love interest, it is a happy, upbeat tempo song that shows how Liam has ”all he needs and more.” Very much an acceptance song about where his love life stands, it is spliced with a subtle George Harrison reference which fits beautifully into the mix. A fitting way to end the album, he has even stated himself that his girlfriend Debbie has saved him, so what better way to return the favor then this song?

Simply put, fans of Oasis will love As You Were. Moreover, fans of Rock-n-Roll in general will love this album, while those who love Liam Gallagher will  go nuts when hearing it. Not only is As You Were a great Rock album, but it is written and performed in such a way that hardcore Oasis fans can almost picture RKID standing at a microphone with hands behind his back and knees slightly bent as he sings his heart out. In fact, these songs evoke the swagger and attitude that made Liam Gallagher famous in the first place.

A throwback album set in current times, As You Were is not only an album fans wanted, but an album Rock-n-Roll needed. Rock-n-Roll in its truest form, Crypticrock gives As You Were 5 out of 5 stars. 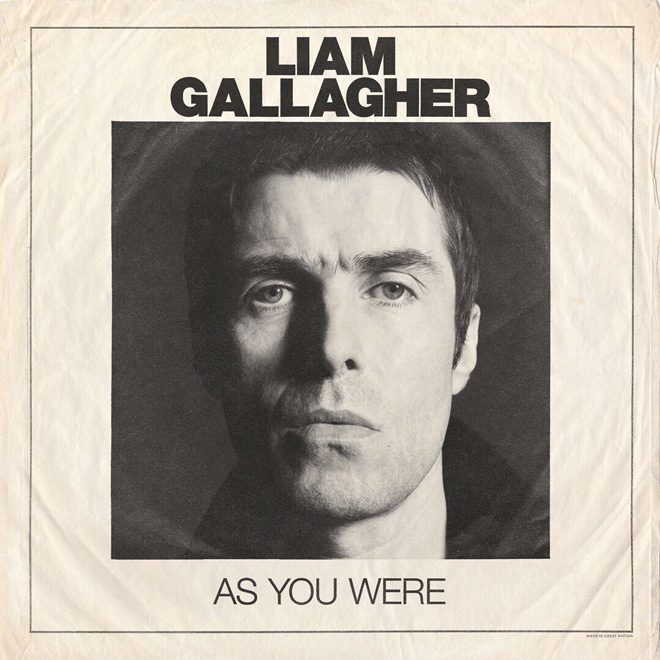