My Life as a Dead Girl (Movie Review)

When her own life is at shambles and the unwitting opportunity to trade identities comes along, one young woman will learn that, no matter how you slice it, there are no easy streets. The mystery of Chelsea White unfolds in My Life as a Dead Girl, which originally debuted as a TV movie on Lifetime in 2015 but came to VOD platforms on April 18, 2017 thanks to Reel One Entertainment and House Lights Media. 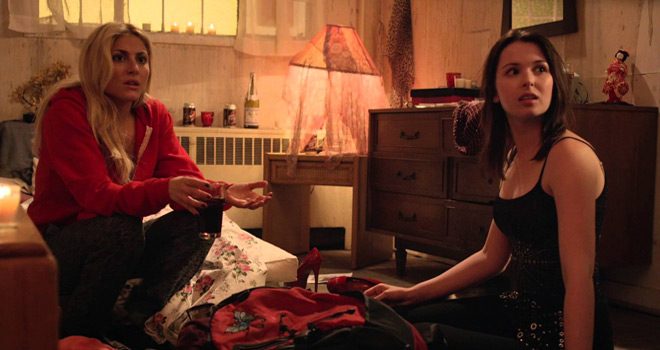 In Portland, Oregon, a beautiful young prostitute named Brittany (Cassandra Scerbo: Bring It On: In It to Win It 2007, Sharknado 2013) is struggling to survive in a ratty apartment while working the cold and daunting streets. Adamant that she owes him money, her pimp Jackson (Chad Rook: The Flash series, War for the Planet of the Apes 2017) comes to her home one evening and ransacks the place looking for cash. Downtrodden and now in need of money more than ever, Brittany returns to the streets where she meets a seventeen-year-old runaway named Chelsea (Kirsten Prout: Kyle XY series, The Lying Game series), who is barely surviving on her own.

As the two girls begin to bond, Brittany learns that Chelsea has fled an abusive foster home. Lending a sympathetic ear and helping hand, each of the ladies attempts to aid the other: Brittany urges Chelsea to phone her estranged Aunt Kim – a possible safe haven – while Chelsea, in turn, urges Brittany to take her money back from Jackson and pursue her dream of escaping to tropical Jamaica. When the ladies combine forces to take on the big, bad pimp, Chelsea loses her life in a horrific case of mistaken identity.

Spotting a crystal-clear opportunity to escape her murderous pimp, Brittany assumes her newfound friend’s identity and heads to the tawny, seaside village of Steveston to meet with Aunt Kim (Keegan Connor Tracy: Final Destination 2 2003, White Noise 2005). The stunning and sweet Kim, along with her husband Donnie (Ken Tremblett: Unleashing Mr. Darcy 2016, Prison Break series), immediately welcome the young woman into their home with open hearts. Believing that Brittany is, in fact, her estranged niece Chelsea White, Aunt Kim lavishes her with a shopping spree, new smartphone, and lovingly enrolls her in high school. As Kim urges “Chelsea” to settle down – and Donnie begins the paperwork process of adopting his niece – Brittany begins the process of acclimating to teenage normalcy: befriending an adorable geek named Shannon (Genevieve Buechner: Jennifer’s Body 2009, If I Stay 2014); flirting with the suave and intelligent  Zach (Adam DiMarco: Zapped 2014, The Magicians series); putting the school bully in her place; and suffering under the bane of pop quizzes. 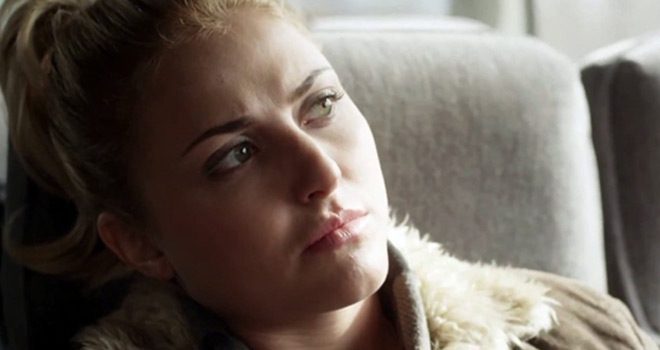 Meanwhile, back in Portland, Jackson is calling out all the stops to track her down and exact his revenge. At the same time, he is doing his best to evade Portland PD Officer Whalen (Kyra Zagorsky: Helix series, Travelers series), who has been charged with investigating the death of the young Jane Doe recently found in an alley. As Jackson closes in on Brittany and the identity of Jane Doe slowly becomes obvious, a series of events will lead the pair down the highway to Steveston, where Uncle Donnie seems to be the only one finding things to be a bit amiss.

Clocking in at 84 minutes, My Life as a Dead Girl was directed by Penelope Buitenhuis (Boulevard 1994, A Wake 2009) with a screenplay written by Christine Conradt (Betrayed at 17 2011, Mommy’s Little Murderer 2016), based off the story by Adam Meyer. A TV movie, My Life as a Dead Girl is an inherently flawed film – based off a somewhat cliché premise – and yet it is fully enjoyable to watch. The ensemble cast are each superb in their roles, with Scerbo (Brittany) and Tracy (Aunt Kim) being stellar highlights of the production. Each woman is exceptional in conveying the intricate array of emotions that are intertwined with family reunions, falsehoods, and shocking revelations. DiMarco (Zach) and Buechner (Shannon) are also superb in their portrayals of high school students that fit some very cliché tropes. 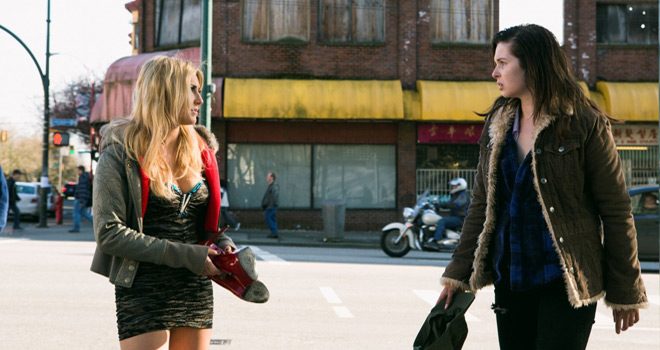 My Life as a Dead Girl is fraught from the beginning with its somewhat banal plot, and yet marvelous acting and a certain zest toss something into the mix that makes this a marvelously watchable and quite enjoyable film viewing experience. It is not going to win any words for originality – assumed identity Crime Dramas are a dime a dozen – but it can certainly inject a dose of emotional entertainment into a rainy Sunday afternoon. For these reasons, CrypticRock give My Life as a Dead Girl 4 of 5 stars. 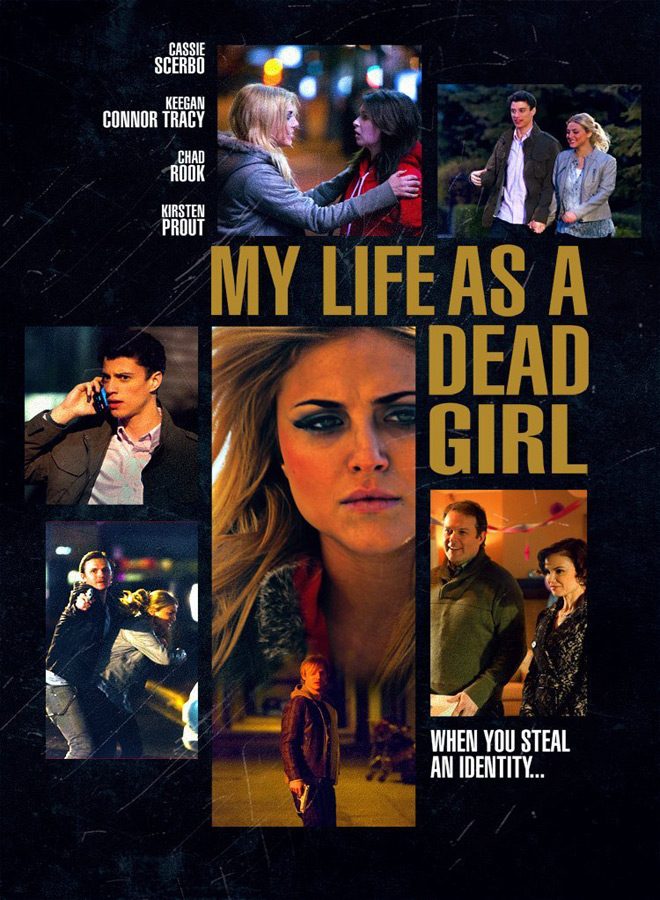