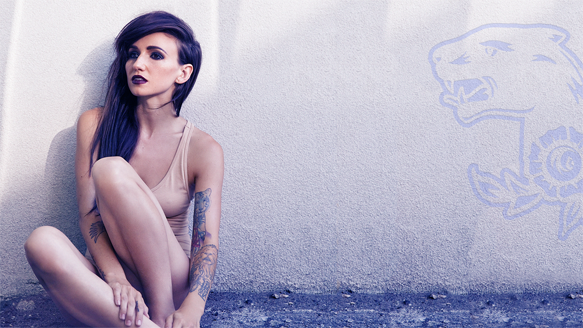 Born Valerie Anne Poxleitner, Canadian Singer-Songwriter Lights has become well-known for filling in time between studio albums with acoustic EPs. She began with Lights’ 2010 Acoustic soon after the release of 2009’s The Listening, and 2011’s Siberia with the release of Siberia Acoustic in 2013. It is on these offerings a nurturing re-conceptualization is found in her softly drenched vocals spinning her truth into a Folk, acoustic setting. She continues that tradition with the most recent release of Midnight Machines on April 8th via Warner Bros Records. Coming two years after her amazing Synthpop masterpiece Little Machines, Midnight Machines mirrors the previous album in a stripped down acoustic style. Although this is not new territory for Lights, it is without question something this singer-songwriter is exceedingly successful at. Each song ultimately transmutes along the way, the process takes once sparkly, upbeat Pop tracks and releases them bare. Vocals, strings, and guitar flows into a gentle, yet strong metamorphic sonnet that showcases just what she is musically… Lights spiritually transcends.

While Little Machines was eleven tracks in total, Midnight Machines has taken only eight of those from her Juno Award album. In her own unique way, Lights breaks down the production of them on Midnight Machines, breathing in a new life in the strength of her alto emotive vocals. It begins with “Up We Go,” as it did for Little Machines. It was the perfect song to allow the listener to swim through her atmospheric acoustic waters and lets them into a different vision of the originally jumpy track. Then the string quartet distinguishes the blissful rendition of “Same Sea,” which is an esoteric blend of cellos and acoustic guitar.

The strongest number that nestles itself dreamily in the midst of Lights’ Midnight Machines is “Meteorites.” Her re-imagined chiffer is effortlessly a nod to one of her masterpieces and will have listeners in awe of its beauty. Mixed in, as a bonus, “Follow You Down” and “Head Cold” are two of Lights numbers off of Midnight Machines that was not previously released. These two new musical pieces showcase Lights’ abilities to create the layering of Country/Folk style in her songwriting. Blending her sweet earnest vocals in a simplistic loving manner, the new songs are well-worth purchasing Midnight Machines alone.

In addition, her love song “Don’t Go Home Without Me” is the wedding song for this generation. Holding to the innocence of childhood and running in listeners’ memories of those times, she soaks everyone’s souls with a very compelling rendition of “Running With The Boys.” Finally, Lights completes her far-reaching accomplishments and diversities with her song “Muscle Memory” as her vocals swirl a haunting call. It is here the chorus of Gospel sounds send chills of truths that seem too good, but can be felt in her atmospheric vocal power, making for a fitting closing to Midnight Machines.

Midnight Machines is the quintessential acoustic nod to Lights. Pristine, precise, soulfully stirring music, lending itself to our ears sweetly and lovingly in its simplistic care. For those who have listened to Little Machines over and over again since 2014, Lights latest take on those songs prove they can be easily broken down to a natural progression. After all, Lights has stated in the past most of her songs are initially written on acoustic guitar to begin with, and that certainly shows. CrypticRock gives Midnight Machines 5 out of 5 stars. 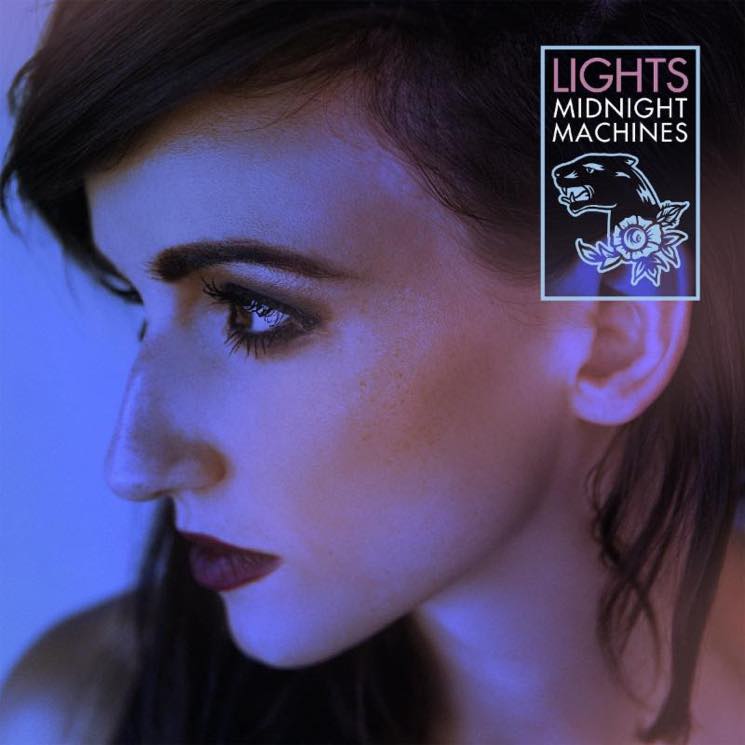