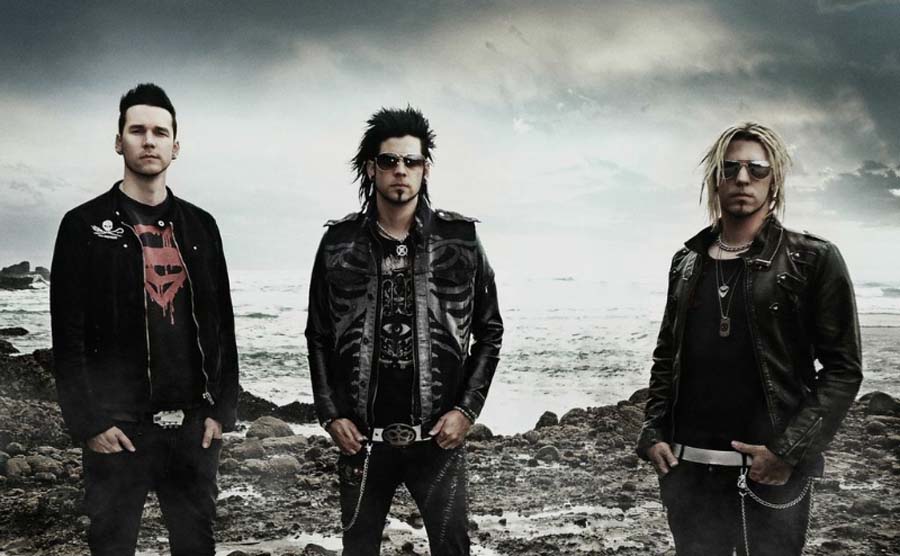 Anyone who thinks New Zealand is just vast landscapes, Kiwis, and battlefields for Orcs and Hobbits have overlooked the fact that this country has more to offer than just the aforementioned stereotypes. One of those offerings is Hard Rock outfit Like a Storm, which was founded one decade ago in Auckland, New Zealand by brothers Chris (lead vocals, guitar, didgeridoo, keys/programming), Matt (vocals, lead guitar, keys/programming), and Kent Brooks. In 2009,  the band dove into the unknown to pursue their dreams, moving to North America where they would spend the next three years recording, touring, and building a name for themselves.

Releasing their debut album The End of The Begining in 2009, Like a Storm soon found themselves opening for Creed on their Full Circle Reunion Tour, playing in front of thousands of potential fans each night. Audiences were receptive to them, their popularity spread like wildfire, and since then, the band has consistently risen towards the top of Rock stardom. The band has toured with the likes of Shinedown, Alter Bridge, Puddle of Mudd, Drowning Pool, and more, and are clearly one of the hardest working bands on the scene.

Pushing their talents further, the members of Like a Storm took destiny into their own hands, self-producing their next album, Chaos Theory: Part 1 in 2012. They picked up momentum as they toured the States with only themselves and a van, making sure to spend time with as many fans as their could both before and after shows. With that said, Like A Storm has become the highest charting New Zealand Hard Rock band without any label contract or support. Consequentially, they have proved that an independent band can make it, and now, in 2015, their efforts have culminated in the release of brand new album Awaken the Fire via Century Media records.

While not all of the tracks on Awaken The Fire are new, Like a Storm takes songs from independent release Chaos Theory: Part 1 and allows them to shine bright with fresh mixes aside four brand new songs. The album opens with “Chaos,” one of the new songs, which begins with a didgeridoo introduction in familiar Rock-hymn style. Chris Brooks alternates the vocals between singing and Nu-Metal screaming, crying out his message over ear-worm worthy hooks and aggressive guitar riffs. From the first notes, it is made plain to the listener that Awaken the Fire is not lacking in high-quality songwriting. The composition integrates immediately with the image fans have in mind of Like A Storm.

Their break-out hit “Love The Way You Hate Me” has received radio airplay on stations all over the U.S. and New Zealand, peaking at position 21 on the U.S. Mainstream Rock Chart. On Awaken the Fire the track is given a fresh, penetrating power that beats the original version. The success of the remix likely owes to the fact that it is more balanced, polished, and aggressive than the original hotel-room production. The following track, newest single “Wish You Hell” has already  jumped to #23 on the U. S. Rock Charts, and with its cool Southern Rock vibe and slide-guitar elements, its obvious why the song has been so well-received.

“Break Free” is reminiscent of Bush or Silverchair in their glory days and is possibly the best example of how the remixes differ from the “old” songs in the best possible way. Tonally, this track has more sheen than the original version, and the drum-loops and choirs conduct the song towards a more atmospheric end. The fast-paced, no-frills rocker “Become the Enemy” should work especially well during live sets and, likewise, has the potential to be another radio hit. In “Ordinary,” another new song, Like a Storm takes a back-to-basics approach, playing an acoustic melody that is somewhat reminiscent of Staind’s hit “Outside.” “Ordinary” is definitely one of Awaken The Fire’s highlights along with the epic “Nothing Remains (Nihil Reliquum),” which thankfully retains the eerie, yet effective spoken dialogue intermingled within the song.  Then there is the band’s interesting cover of Coolio’s “Gangsta’s Paradise,” which is just a touch dirtier than the version that appeared on Chaos Theory: Part 1.

Awaken the Fire will help Like A Storm to take the next step in their career and to spark another fire in the Rock scene. The album is sure to appeal to a wide audience including fans of bands like 3 Doors Down, Creed, and Nickleback along with those who prefer a more modern, heavier sound. There is no indication that the whirlwind of energy surrounding the band will abate; Awaken The Fire will grow to great proportions, and Like A Storm will again reduce the world’s stages to ashes. Job well done by these passionate headstrong musicians who’s hard work is paying off. CrypticRock gives Awaken the Fire 4.5 out of 5 stars. 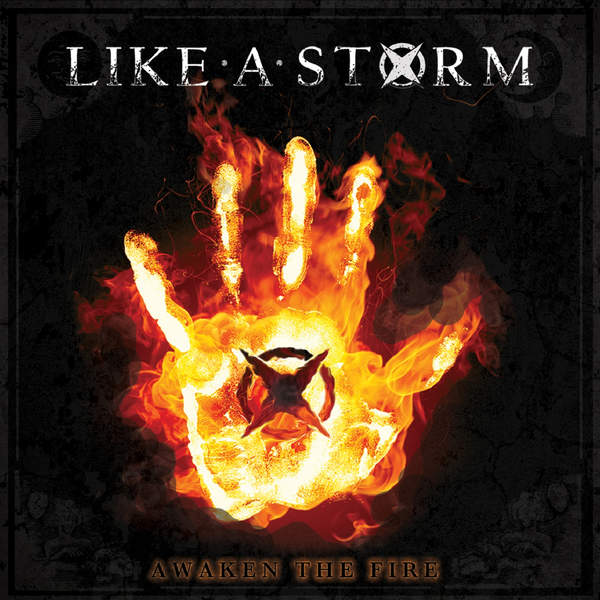