Like A Storm – Worlds Collide: Live From The Ends Of The Earth (album review) 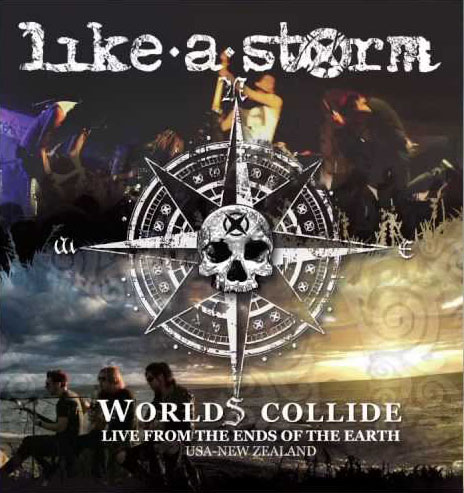 New Zealand based hard rock band Like A Storm has accomplished more in the past 5 years than most do in 10 years. Having released their debut album The End Of The Beginning (2009), Like A Storm Unplugged EP (2011), Southern Skies Dvd (2012), and Chaos Theory Part 1 (2012). In 2012 the band played shows in New Zealand and later in Eastern United States. As if this isn’t impressive enough the band recently released a double live Cd Worlds Collide: Live From The Ends Of The Earth . The album is produced by the band themselves capturing their true artistic vision.

Worlds Collide: Live From The End Of The Earth is a beautifully packaged 2 CD set highlighting the band’s “Unleash the Chaos” tour and “Unplugged in New Zealand”. Right from the start a unique release with recordings from two sides of the world. Disc 1 is a 10 song recording from the “Unleash the Chaos” USA tour in 2012. Having been the band’s first headlining USA tour it was an exciting time for them and their growing fan base. The excitement is felt right throughout the live performances. Concentrating on the band’s debut album The End Of The Beginning with a live recording of their first single “Never Surrender” off Chaos Theory Part 1. Often times a band will sound great on an album but let down in a live performance. There is no let down here as the guys show they are not just a studio band. The energy live is high and intense. A clear crisp recording capturing the magic of live performance.

After the band rocks the listener to the core on disc 1, disc 2 shows how dynamic this band really is. Taking us to the other side of the world Southern Skies- Unplugged In New Zealand is a 10 track recording of stripped down organic acoustic tracks. Recorded in remote New Zealand settings creating an atmosphere which bleeds through the speakers. “Just Save Me” takes on new life with the soothing sound of nature behind acoustic guitars and a beautiful vocal performance. Powerful hard rock tracks in their own right all these tracks translate wonderfully into acoustic format. The peak of excellence and highlight of this recording is “Galaxy”. A heart wrenching track about lose and the sorrow that comes along with it. If you ever have lost someone you love deeply this track will overwhelm you with emotion. It teaches us that through all the pain and sadness we feel that as long as we continue to hold memories that our bonds with loved ones never dies.

Worlds Collide: Live From The Ends Of The Earth is an essential addition to any rock fans collection. Highlighting a young yet accomplished group of musicians. Dedication, passion and determination are the 3 words which best describe Like A Storm. This double live album is a testament to all their hard work. If you haven’t heard Like A Storm yet it’s time you have. Cryptic Rock give this album 5 out of 5 stars.

Worlds Collide: Live From The Ends Of The Earth is available at www.likeastorm.com 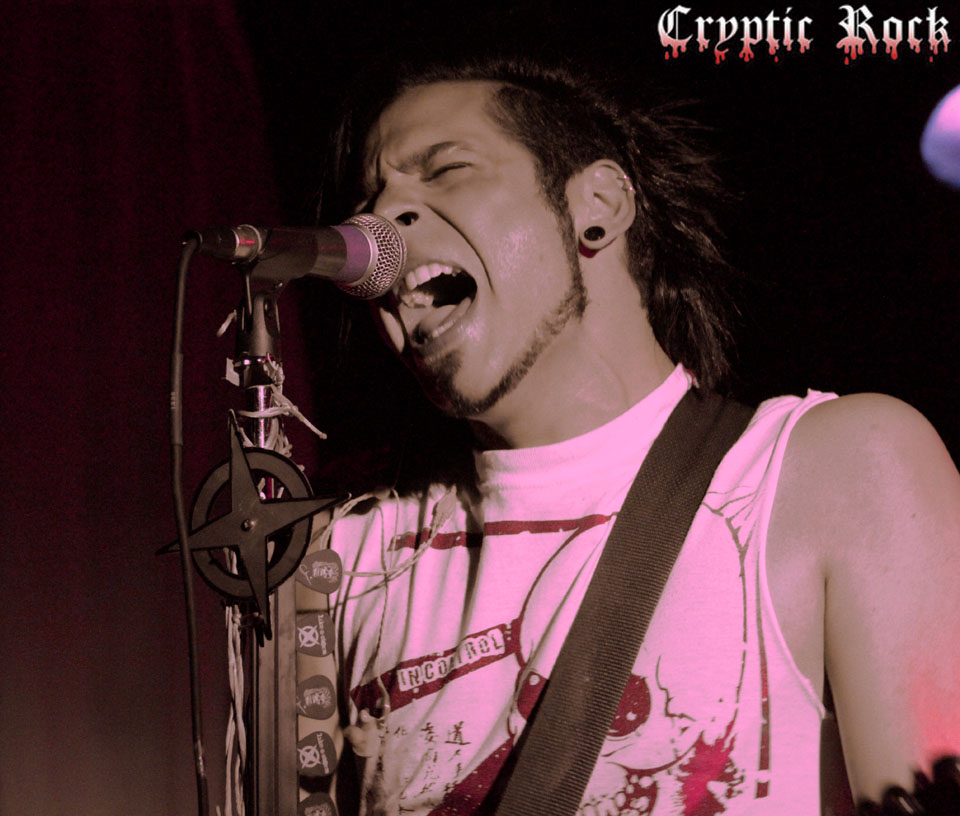