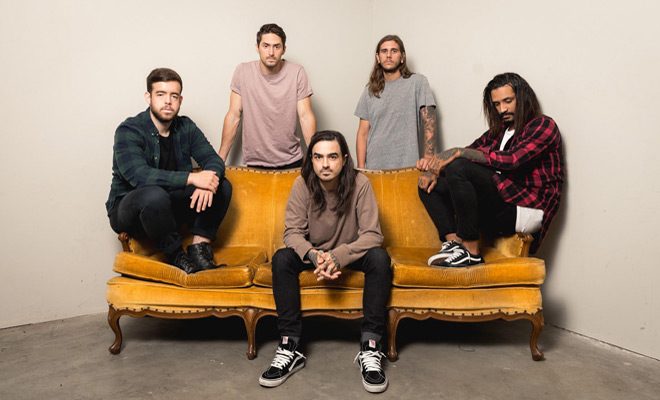 Frustrated agonies and honest declarations tango inside the fiery heart of Dark Divine, the latest offering from Like Moths To Flames which arrives on Friday, November 3, 2017 through Rise Records.

Like Moths To Flames arose from the ashes when Vocalist Chris Roetter left Emarosa and joined musical forces with members of the band TerraFirma. The result of the pairing is Columbus, Ohio Metalcore outfit Like Moths To Flame, who got their start back in 2010.

Over the next five years, the band would release three full-length studio albums – from 2011’s When We Don’t Exist to 2015’s The Dying Things We Live For – for Rise Records. Dogged determination has made Like Moths To Flames into hardened road dogs, traveling the world and sharing stages with the likes of Crown the Empire, The Color Morale, D.R.U.G.S., Hit the Lights, and Hundredth. No shock here: Like Moths To Flames are also Vans Warped Tour alumni.

Dark Divine kicks off to the heavy bass, Djent bent of “New Plagues,” where explosive verses meet meandering melodies in the choruses. The band then trot out their melodic Metalcore finery for the infectious “Nowhere Left To Sink,” with Roetter harnessing a beautifully superb sense of frustrated emotion. Damned if you do, damned if you don’t – don’t miss this track!

If you wish to zombie-crawl through life like a sleepwalker, there is no hope for you: or at least that is the killer promise of “Shallow Truths For Shallow Minds,” a blistering attack with that low-end Djent bent crawling into the explosive verses. The pummeling attack of “Dark Divine” kicks in immediately with frustrated agony in spades, though there is a certain hopefulness infiltrating the jaded bitterness of these choruses. A similar dichotomy exists in the beautifully emotional “Empty The Same,” a mature acknowledgement that sometimes we must let go instead of dragging others down with us. It blends perfectly into the pulverizing assault of “From The Dust Returned,” about learning to trust once your eyes have been fully opened.

“Even God Has A Hell” is the confession that we all have our troubles; we all have voices we need to silence, nerves to calm, and people to forget. Meanwhile, the barrage of “Mischief Managed” explodes into frustrated confessions to a sinking friend who is burning bridges on their way down. It moves flawlessly into the explosive, addictive, anthemic “Instinctive Intuition,” serving as a smart reminder to trust our instincts and intuition and not waste time over-thinking every situation. Atmospheric rocker “Glimpse” is big on heavy, distorted bass-lines and Roetter’s soaring vocals while nothing is what it seems on the crucifying album closer, “False Idol,” an embittered glance at ignorant hopes and false beliefs.

Like Moths To Flames has authored an album that is a beautiful testament to the push and pull of life: from letting go to moving on, frustrated acceptance to mature epiphanies. A collection of heart-felt confessions, sincere acknowledgments, and heavy, pulverizing sonics that place the band amongst some of Metalcore’s finest, Dark Divine is an impressive album that contains a slew of standouts – from “Nowhere Left To Sink” to “Empty The Same,” “From The Dust Returned” to “Instinctive Intuition.” No matter how vicious the attack, Like Moths To Flames do everything with a delicious melody that makes their music infectious and worthy of a sincere sing-along. Loving every ounce of the beautiful agony, CrypticRock gives Like Moths To Flames’ Dark Divine 4.5 of 5 stars. 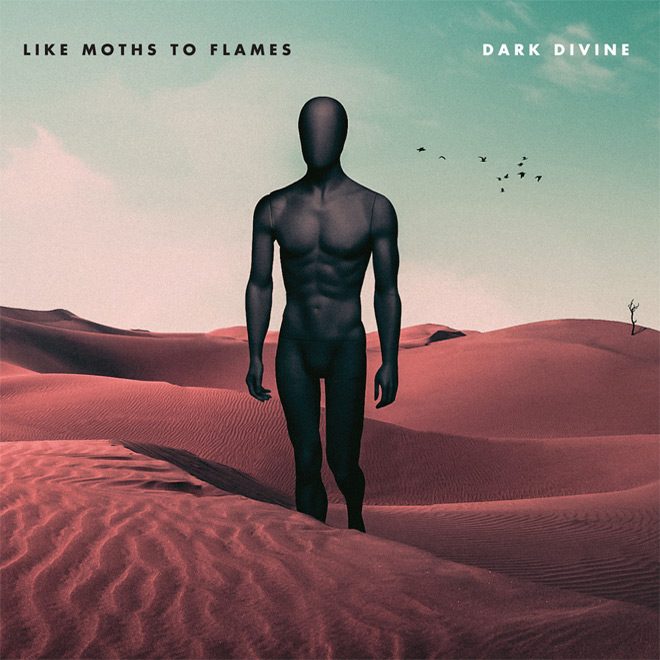