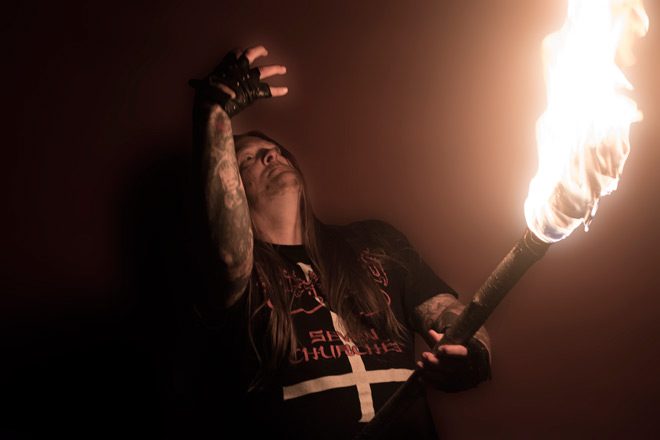 An outcast in the music world, from its origin to present day, Symphonic Black Metal is a way of life for some, while shunned by those who do not understand its deeply dark symbolic message. Among the many heroes of the European scene, Norway’s Limbonic Art is a name that makes any fan of the genre all warm and fuzzy inside. Once a full band, but now a wonderment of a one man show, Limbonic Art has done it again with the July 7, 2017 release of Spectre Abysm via Candlelight/Spinefarm Records.

The band’s first album since 2010’s Phantasmagoria, the tone in play with Limbonic Art is the echo enhanced screams layered on top of many symphonic instruments that creates such an utter darkness filled with sinister mystery and encumbering thrill. Offering an exciting return, Spectre Abysm spans only seven tracks long, yet it reaches epic heights with its lengthy Symphonic Black Metal ballads.

Vidar “Daemon” Jensen is the man behind the black curtain on the pure evil , mesmerizing vocals, guitars, bass, keyboards, drum programming, and electronics. Demonic, ethereal, doom, requiem, sacrilege, profundity, obscure are not only words found in the titles of the tracks, but also represent perfectly what this album entails. Before proceeding, heed this warning, Spectre Abysm is not for the weak-minded and it is certainly not for the weak-stomached either.

Ready to go, it begins with the longest track entitled “Demonic Resurrection.” Spanning just over ten minutes long, it is quite the opposite of a cloud floating heavenly excursion. That said, to some, this is the exact effect it provides though rooted in darkness and lustful anguish in hell. Next, the journey takes flight in its demon wing jetliner with “Ethereal Traveler,” and the mood just takes off from there.

The excitement of Spectre Abysm is found in its entirety. In short, it deserves a listen from start to finish since the tale it tells will leave the most innocent victim scorned by the sweat and tears of its maker. For true Black Metal fans, this is a must have, and while some may try to write off the symphonic as merely parlor tricks, the value is in the structure and the message which breeds the creativity that all humans use to gain fulfillment no matter what their heart desires as their weapon of choice.

The shortest message on the album comes in the song “Requiem Sempiternam,” but it is not short on depth or darkness. Following this tale, “Triumph Of Sacrilege” is a satanic masterpiece and ode to the man behind the madness which moves into the very demonic scream show of an angered state of reason. Thereaftrer comes the cryptic rational, trickery, and witchcraft of “Disciplina Arcani.” This leads to the obvious conclusion, coming in at over eight minutes, “Through The Vast Obscurity,” which is the most dimensional track as well as the most marketable investment this man has released.

For lovers of darker arts, Spectre Abysm is everything a good Symphonic Black Metal band should be without getting too complex or confusing. From the oozing guitar to the sporadic speeding drums, to the demonic vocal range, it has that charm of attraction found in meeting someone new where those immediate inter-rooted connections send the mind flying in all wild directions. Without further gut-wrenching enjoyment, CrypticRock gives Limbonic Art’s profound return 4.5 out of 5 stars. 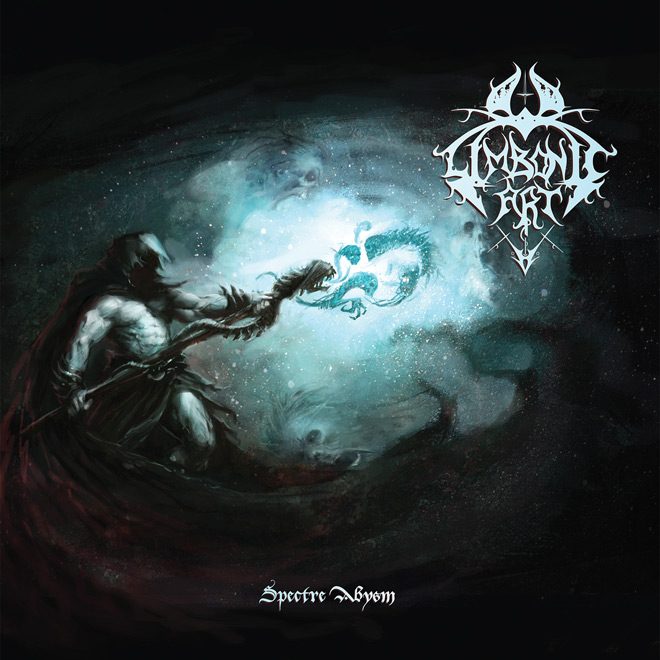