Based on the novel Dan Leno and the Limehouse Golem by Peter Ackroyd, the Jane Goldman (Kick-Ass 2010, X-Men: First Class 2011) screenplay for The Limehouse Golem is steeped in the macabre. Directed by Juan Carlos Medina (Painless 2012), starring Bill Nighy (Underworld 2003, Pirates of the Caribbean: Dead Man’s Chest 2006) as John Kildare, Olivia Cooke (Bates Motel series, The Quiet Ones 2014) as Lizzie Cree, and Douglas Booth (LOL 2012, Noah 2014) as Dan Leno, the film examines what happens when a community comes to be convinced that a series of local murders have been committed by none other than an ancient and mythical creature… 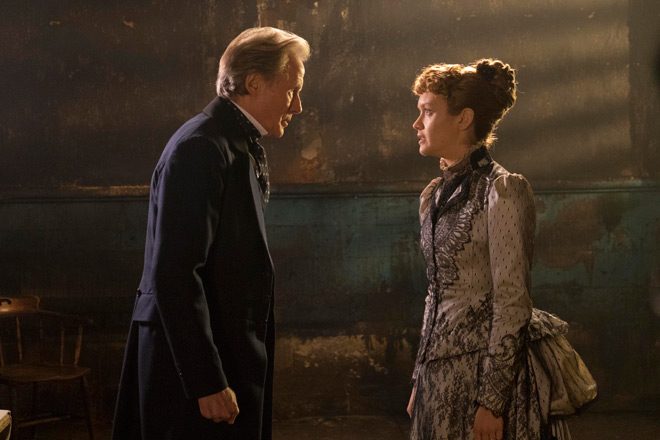 Set for release in theaters, VOD, and Digital HD on September 8, 2017 through RLJ Entertainment, The Limehouse Golem is a film both exceptionally specific and incredibly varied – it knows full well what type of film it wants to be, and it has no qualms making use of a disparate array of tricks to get there. This is not a slight. In fact, such an approach tends to be the cornerstone of originality: this is a film that cheerily throws together a range of characters and tonal beats, but does so without ever losing sight that it must ultimately distill them into a single comprehensive package.

In other words – it is a lot of unpredictable fun, and it manages to be tonally consistent while it is at it. If the audience were to see the film’s individual components, it would be understandable why such an audience might raise an eyebrow at the above-stated claims of originality. A serial killer in Victorian England set upon by a dogged Detective? It is a premise that has shades of a thousand Jack-The-Ripper knock-offs. What distinguishes this film is the manner in which the world is presented, and the intensity of the performances that underscore it.

The Victorian time period lends itself nicely to this, giving the film a smoky and abstract feel, like a dream half remembered. This is not a pinpoint perfect representation of history, but rather an imagining of it based on how contemporary audiences feel about that time period. The film is quick to establish this atmosphere, and does so by underscoring its non-linear narrative with expressive grandeur. Opening to a voice over would be too pedestrian – instead we open to a one-man show, vividly imagined and designed for maximum visual impact, and the film only grows more confident from there. 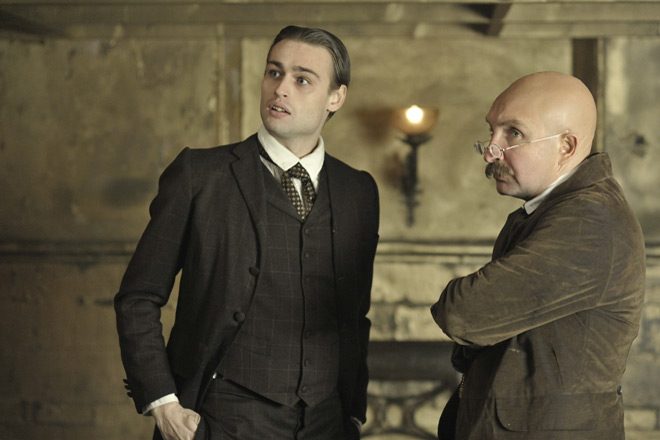 The Limehouse Golem’s visual design is noteworthy throughout, and is pivotal to establishing and continuing its aforementioned ambience. It manages to fuse clean cinematography with ramshackle production design, giving the audience an artist’s view of a dirty time. The film is much more formative than it is objective, and its visual design plays right into that – this is never meant to be how London of the time would really feel and look, but a version of it just adjacent to hell itself. When the filmmaker’s couple this with the film’s inspired editing, which works to remove the audience from their sense of place and coherence, the production works exactly as it should, and much to the benefit of the plot.

Of course, all of this would mean little if not for the characters, who in turn would mean even less if not for first-rate performances. Thankfully, the characters are varied and colorful, giving life to a world that might otherwise be too macabre for an audience to realistically sit through. The characters here are what really breathe life into what could have been a formulaic story.

Naturally, Bill Nighy steals the show, even if he is the film’s straight man. Nighy’s character manages to start the film as the film’s central rock, something the audience can hold onto, and plays his descent into the the same white-hot intensity of everyone around him with the perfect level of restraint. 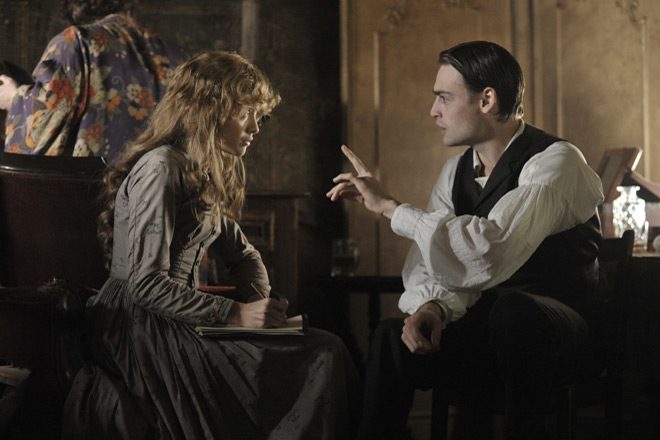 That in mind, this level of high-drama can have its downsides too. The film can be operatic, but also get lost in its own grandeur, bungling a few key moments by steering too far in this direction and simply seeming overwrought. It is not an issue that should annoy most audience members if they happen to be looking back on the film, but it is something that lowers the overall quality of the film as it is being watched. 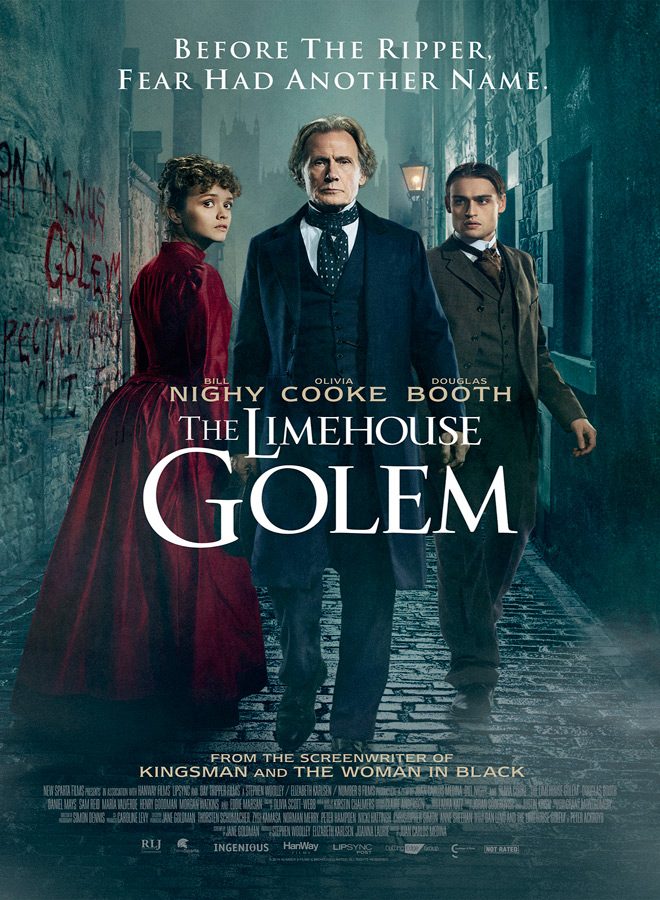 Untitled Horror Movie (Movie Review) Murder Bury Win (Movie Review)
Like the in-depth, diverse coverage of Cryptic Rock? Help us in support to keep the magazine going strong for years to come with a small donation.