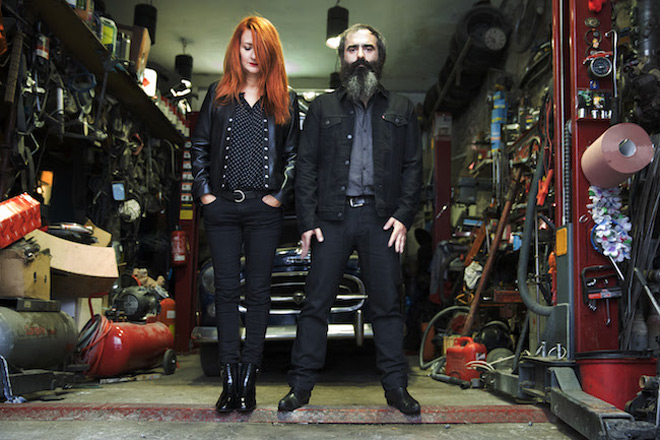 The Limiñanas, a Perpignan, France-based duo consisting of Multi-instrumentalist and Vocalist Lionel and Drummer/Vocalist Marie have been making music since 2009. In that time, they have released four studio albums to great acclaim in their native France, and elsewhere in Europe. Though they have failed to establish much of a following in the US, American audiences should pay attention, lest they miss a truly distinctive musical experience.

The Limiñanas’ sound, best described as eclectic, traces its roots to Serge Gainsbourg’s yè yè movement in French Pop from the 1960s, to Ennio Morricone’s film scores, to The Cult’s iconic driving guitar riffs. In between, one can hear Shoegaze, Psychedelia, and even a bit of Motown. On their fifth studio album, Shadow People, the duo distills these diverse influences into a genuinely unique and surprisingly listenable record that is sure to be a classic.

Set to be released on Friday, January 19, 2018 via Because Music, in order to understand this uniquely French creation, it is necessary to break the album into three parts. First, there are a number of Instrumental tracks on the record. Further, there are several English language tracks. Finally, there are multiple tracks in French. Shadow People does not segregate the parts, the instrumental tracks are sprinkled throughout the album, and the English and French tracks as similarly distributed.

Ten tracks in total, the album opens with a fascinating instrumental track, fittingly entitled “Ouverture.” If listening to Shadow People feels like being inside Quentin Tarantino’s mind, and it does, then “Ouverture” provides a fine introduction. With a driving rhythm section and what appears to be a sitar providing a brilliant lead, Lionel introduces the listener to a world of his creating where the rules of popular music do not apply.

The second track, “Le premier jou (First Day)” is in French, and though a non-French speaker has little idea what is being covered, the atmosphere of the music fills in where language fails. Next up, Lionel and Marie provide two English language tracks, “Istanbul is Sleepy” and “Shadow People.” Though the lyrics use English words, it may have been beneficial for the band to use a native speaker to review them before laying them down. As with the entire record, Lionel’s musical talent is on full display, especially on “Shadow People.”

Throughout the rest of Shadow People, The Limiñanas revert from English to French to instrumental tracks. Without language to distract from the atmosphere, the instrumental tracks highlight the rest of the album. “Motorizatti Marie,” an instrumental track toward the end of the record, feels like an open-air ride at full tilt through the French countryside with tinkling keys, a choppy drum line, and a bit of jangly guitar for full effect.

The album closes with “De la part des copains,” a title appropriated from the original French title of the 1970 Charles Bronson film Cold Sweat. “Copains” is an instrumental track that channels, without plagiarizing or rote copying, the musical feeling from Ennio Morricone’s iconic scores from the Man Without a Name trilogy. With a haunting trumpet and driving rhythm, “Copains” evokes Blondie riding off into the sunset after the confrontation at the end of The Good, the Bad, and the Ugly (1966).

The Limiñanas, though a band that hails from the extreme south of France, just a few miles from the Spanish border, have found a way, similarly to Sergio Leone, to channel an atmosphere and mystique that Americans would like to believe is unique to themselves. In the process, they have made an album that is stunning and original. Though there are a few minor issues with nonsense lyrics and the language barrier of several of the songs being in French, Shadow People is fascinating and should be acknowledged, if not cherished, here in The States. For this reason, Cryptic Rock give the album 5 out of 5 stars. 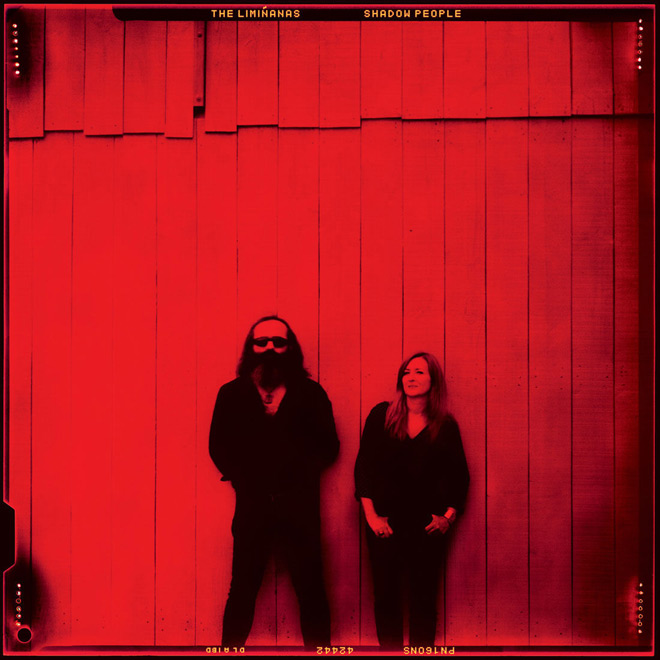 Modest Mouse – The Golden Casket (Album Review)
Like the in-depth, diverse coverage of Cryptic Rock? Help us in support to keep the magazine going strong for years to come with a small donation.