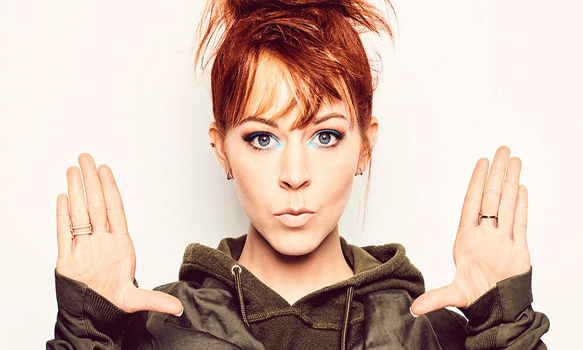 It is hard to classify the multi-talented violinist, vocalist, performer, composer, and sweetheart Lindsey Stirling. She has wowed fans across the globe since kicking off her career by herself after launching her own YouTube channel. Now, almost ten years later, her third studio album, Brave Enough, has arrived under her own Lindseystomp Records as of August 19, 2016. Fans have adored her creativity, spunk, and charisma ever since Stirling’s initial kickoff, where her talents have generated a unique diversified fanbase as well where all parties seem to come together to embrace the unique style and sound she offers.

For those still foggy on who Stirling is, she is a classically trained violinist and dancer. Inspired by arts at a young age, she went on to incorporated her works with vigorous electronic beats that started during the Dubstep days and her own Skrillex influence, thus, over the years, it has morphed into an electronically-lyric traditional song structure. It was her self-titled debut album, 2012’s Lindsey Stirling, where many fans fell in love with her innovative and visual-induced tunes such as “Moon Trance,” “Crystallize,” “Transcendence,” “Zi-Zi’s Journey,” and “Elements.” Her self-titled release led her to sell over 300,000 copies without having a major label in the US alone and reached Platinum in Germany and Gold in Poland and Switzerland. Since then, Stirling has been touring non-stop as she continues to bring her albums to life on the stage. Historically, her themes have also incorporated Theater, Video Games, and major TV shows such as Phantom of the Opera, Zelda, and Game of Thrones.

With all of this history, Stirling wondered what her next direction should be with Brave Enough. That said, her 2014 effort, Shatter Me, was written based off of her battle with anorexia and it included her collaborating with vocalists and musicians, including the title-track “Shatter Me” featuring Halestorm’s Lzzy Hale. Now, Brave Enough includes an extended amount of guest vocalists where eight of the fourteen tracks off of the album include guest vocalists such as Christina Perri, Dan + Shay, Lecrae, and Andrew McMahon. This is while the six other songs are Striling’s classic instrumental style.

As Stirling began the process to recording Brave Enough, she initially wanted the album to be about breaking free, free from her battles as it is a continuation from Shatter Me. This is where she becomes brave enough to move forward and not look back and falling back to old and bad habits.The recording process took a lighter, optimistic, and hopeful approach than her dark tales of turmoil, struggle, and shattered experiences that were showcased in her prior works. Despite being a lighter album, Stirling lost her best friend and pianist Gavi (Jason Gaviati) back in 2015 and changed her creative process along with forever changing her. Stirling kept Gavi’s inspiration to the writing process for Brave Enough as though he was alive sitting right next to her. Towards the beginning, Stirling poured out sad tales and the music seemed off, where she decided to take a break to conquer her emotions and eventually return to the writing process feeling refreshed.

With this back-story in mind, the album opens up with “Lost Girls,” picking up where Shatter Me left off as though the ballerina breaks out of the snow globe and faces the new world. It holds a serene opening as Stirling’s violin enchants a similar remedy as the prior album. It is a soothing and powerful introduction to a new Stirling. Then, title-track “Brave Enough” somberly enters and features Christina Perri vocalizing the fear of expressing how one is “brave enough to love” and how late it is to confess such emotions. It is emotive especially from the enhancement of Stirling’s chiming melody and escalated movements on the violin. The album progresses from here with the enchanting instrumental of “The Arena,” which has an uplifting strength as it spirals along with beautiful imagery that has been painted through a classical-style melody.

Moving along, as though it is a continuation from Stirling’s first two albums, “The Phoenix” swings in as though the phoenix itself is rising with power, energy, and confidence. It swindles with an effortless movement as it explodes with intensified electronics. From here, the album moves towards a more Pop sound with “Where Do We Go,” featuring an appearance from Carah Faye. Despite its continuous flow and soft melodies, the lyrics are about growing pains that many face; experiences of heartache, pain, and sadness, as it is stated, “It’s hard to tell the water from my tears,” and “don’t worry, have faith, they told me. It was easier than in my younger years.” Next, coming in as a reflective piece, “Those Days” includes Dan + Shay and it is a Contemporary tune with an added simple atmospheric style that makes it another light and soothing tune.

Heading towards a catchy and rhythmic sound, “Prism” comes in next as it holds a mix of Techno, Dance, and Electronic feel, yet Stirling’s violin remains at the focal point. Musically, things heat up on “Hold My Heart” as ZZ Ward comes in with a provocative repetition. The vocals express looking for a man to hold her heart instead of holding her hand while Stirling’s violin incorporates this emotion of the search for true romance. Thereafter, the album takes a unique turn with hints of Electronica, Dance, and a bit of Bollywood on “Mirage,” which features Raja Kumari. It is energetic, colorful, and flavorful as it moves. For more positive energy, “Don’t Let This Feeling Fade” features Weezer’s Rivers Cuomo along with Hip Hop artist Lecrae. It awakens the listener with a hint of Funk, Hip-Hop, and a danceable tune that would make anyone smile with a glimmer of hope and happiness.

Things slow down slightly with “First Light” as the violin picks up to a softer and yet continuously danceable tune. There is a bit of repetition here, yet it continues to flow nicely together. Picking right back up to the Pop-Romantic sound, “Love’s Just a Feeling” features Rooty as the lyrics scream out, “Love’s just a feeling, some kind of emotion.” The violin is a bit subtle in this tune, although it picks up during the electronic breaks. Reaching the record’s conclusion, the mood mellows out once again with “Something Wild,” this time starring Andrew McMahon. It is an emotional piece demonstrating the quest for strength and that you will be OK despite any loss that you have, exemplified with words such as, “Already let you down, felt so wrong, so you found another way.” Finally, the strongest and boldest track of the album, “Gavi’s Song,” concludes Brave Enough as a dedication to Stirling’s best friend, Jason Gaviati, who died in August 2015 after battling Burkitt lymphoma. It is a powerful tune filled with darkness, sadness, and personal revelation. There is no question this song will speak most vividly to listeners, coming straight from the composer’s heart and soul.

Lindsey Stirling has attained an incredible amount of experiences over this past year, and that has been shown in Brave Enough. She has explored different boundaries and added eight collaboration tracks to the fabric of this record length. Perhaps her experience has led to the change where there were fewer instrumentals and more collaborations. However, many would agree the strongest pieces are her instrumental compositions, especially the beautiful “Gavi’s Song.” CrypticRock gives Brave Enough a 4 out of 5 stars. 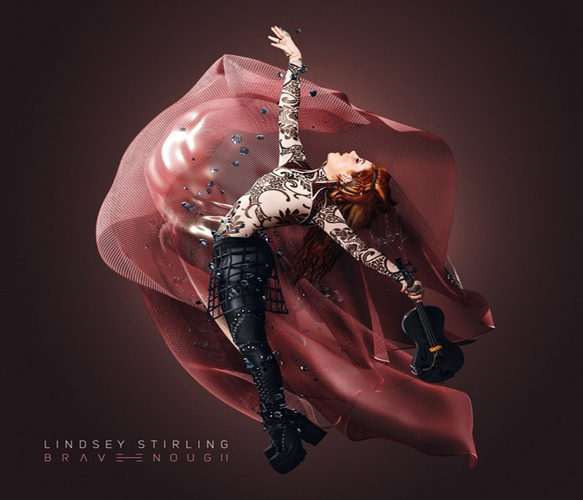