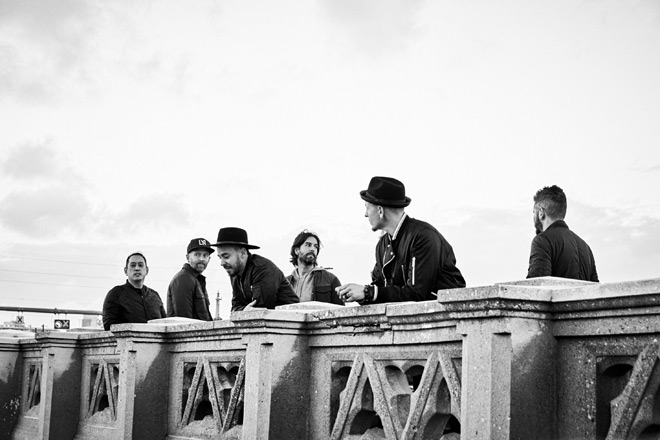 “Who cares if one more light goes out in the sky of a million stars?”

In the late spring and early summer of 2017, Linkin Park took to the road to promote their new album, One More Light. A departure from their Alt Rock/Nü Metal roots, the album was met with mixed reviews from fans and critics alike, but renewed and reinvigorated, the band were passionate to bring their new material to their fans. None could know that, in July, tragedy would strike and that tour would be cut short, leaving behind only memories and a collection of recordings. Some of those recordings now make their way to the fans Friday, December 15th, thanks to Warner Brothers Records and Linkin Park.

This introduction should be unnecessary but Linkin Park are a Diamond-selling, Grammy Award-winning band out of Southern California who got their start back in 2000 with their phenomenal debut album, Hybrid Theory. The most popular band on social media mega-giant Facebook, with 7 million YouTube subscribers, Linkin Park – Chester Bennington, Mike Shinoda, Brad Delson, Dave Farrell, Rob Bourdon, and Joe Hahn – are pretty much a household name. They have a bazillion awards to their names, have toured the globe endlessly – even headlined in China – and, perhaps most importantly, they are highly beloved by a dedicated legion of fans.

Riding high on top of the world, reality came crashing down on Shinoda, Delson, Farrell, Bourdon, and Hahn in July when their brother Bennington tragically and shockingly took his own life. In a statement released with the album, Bennington’s surviving bandmates offered: “We dedicate this live album to our brother Chester who poured his heart and soul into One More Light. After we finished recording the album, we joked with Chester that – since he had delivered so many stunning performances in the studio – he had set the bar extra high to produce that alchemy on stage each night. Not surprisingly, he welcomed the challenge.”

One More Light Live‘s sixteen-track set-list includes the bulk of the band’s 2017 offering One More Light, along with eight of the band’s biggest hits, all recorded live throughout their spring/summer 2017 One More Light Live tour, with at least one of the tracks being recorded in Amsterdam. “The shows we played together during the early summer of 2017 were extraordinary,” Linkin Park said in their statement. “Chester shared with us that he felt this was the best tour we had ever done. The camaraderie and joy we experienced on stage reflected our deep connection with each other, with our fans, and with the music.”

One More Light Live opens to the sounds of the crowd cheering “Linkin Park,” launching the band into “Talking To Myself” off One More Light. Bennington’s vocals often feel somewhat isolated from the killer sonics and, in this instance, that creates a haunting tribute to a superbly talented man who had yet to reach the full zenith of his potential. It’s a beautifully-orchestrated and touching opening to an album that perfectly captures what it means to be in the audience, singing-along with one of the greatest bands of our modern age.

Amazing keys lead into the steady beat of “Burn It Down,” allowing the band to shred and the power in Bennington’s vocals to take the spotlight, as they do throughout the entire performance. Highlights of the collection also include on-stage banter between Shinoda and Bennington, as well as anecdotes offered up to the crowd like Bennington thanking the fans for being “fucking awesome” and the “best fans in the world.”

“Battle Symphony” offers a heartbreaking poignancy when the line “my whole life in front of me” comes off Bennington’s lips, while the boys echo back to their heavier, grittier roots on “New Divide,” off 2009’s Transformers: Revenge of the Fallen soundtrack. For “Invisible,” Shinoda takes center-stage then notes that this is only the second time that the band are performing “Nobody Can Save Me” live.

There’s a deep sense of melancholia permeating the hope-filled, anti-suicide anthem “One More Light,” as Bennington angelically sings, “Can I help you not to hurt anymore?” This is a song that, in light of circumstances, takes on a wholly new level of importance; turning a beautifully sincere and hopeful track into a somber moment of respect. In another poignant moment, Bennington is accompanied by piano on Hybrid Theory’s “Crawling,” turning the former rocker into a ballad that yet again highlights the vocalist’s beautifully soaring abilities.

Shinoda and the crowd sing the introduction in perfect harmony for Minutes To Midnight’s “Leave Out All The Rest,” leading into Bennington and the band picking up the charge with killer guitars and those always soaring, superb vocals. One of the highlights of One More Light, the Hip Hop-laced “Good Goodbye” receives a stellar representation in the band’s live set with truly crisp, on-point vocals from Bennington and Shinoda, as well as guest vocalist Stormzy. To say that you feel as though Linkin Park are chilling in the room with you might seem ridiculously cliché, but that is, indeed, the case here.

Riding high on the amped energy of “Good Goodbye,” the band launch into a triumphant “What I’ve Done” and the always phenomenal “In The End,” complete with moving crowd sing-alongs. As with everything Linkin Park does, Shinoda and Bennington never miss a note, paired to vocal perfection with one another while their bandmates weave spells of flawless musicianship.

Bennington introduces “Sharp Edges” as a configuration that the band “worked up today in the dressing room,” offering an acoustic approach to the new song. When it ends, he playfully jokes that playing guitar and singing is “really hard.” The comradery and sincere friendship is heartfelt and touching as, playing along with his friend, Shinoda chides Bennington and launches the band into their mega-hit “Numb,” another standout from One More Light, the candid confessional “Heavy,” and the band’s mega-finale, gritty rocker “Bleed It Out.”

This set-list was designed and intended to introduce fans to One More Light, and, sadly, it has become a memorialization of a vocalist who left our world much too soon. There was no intention for this to be a bittersweet, emotionally poignant tribute that would encapsulate all of the talents of a phenomenal musician and his equally stellar bandmates, but rather, a band performing an album that they loved and adored, simply sharing with their beloved fans. Perhaps that is the true beauty of One More Light Live: there was never an intention to be anything more than Linkin Park. Live. Forever. With a deep sense of loss in our hearts but the love to soldier onward, CrypticRock give Linkin Park’s One More Light Live 5 of 5 stars. 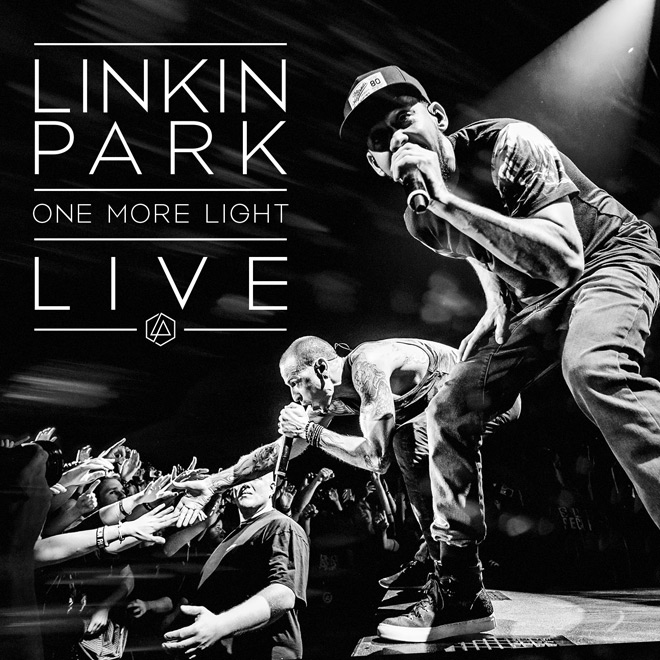