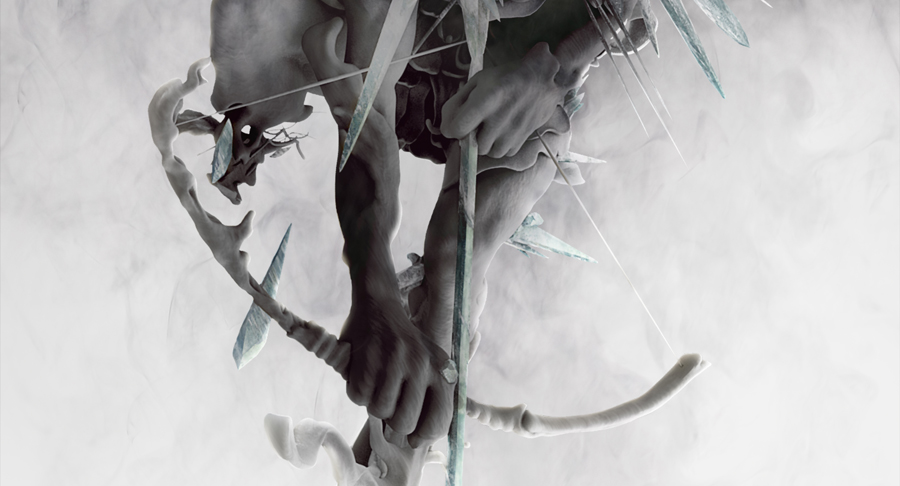 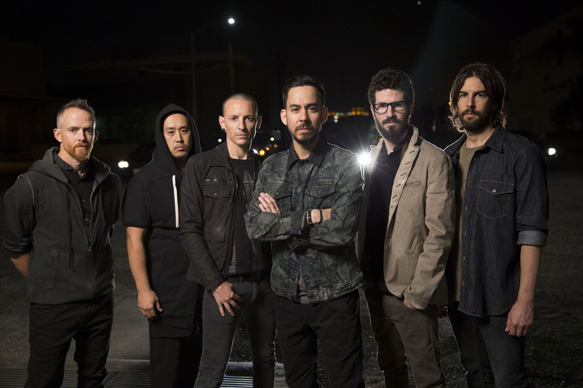 Since the beginning of the new millennium one of the most successful rock bands in the world has been Californians Linkin Park. Setting the bar high from their introduction to the mainstream with Hybrid Theory (2000), the record has since become one of the best selling debuts of all-time. Taking flight during the peak of the Nu-Metal years, Linkin Park has resiliently kept their musical ingenuity from album to album keeping their core sound of hip hop and metal while fusing in alternative rock and electronic sounds. With their last two records, A Thousand Suns (2010) and Living Things (2012) , the band not only expanded their sound further away from what their core followers would expect but they also shattered the presumed comfortable formula many others fall victim to. Challenging themselves yet again in 2014 they now release their sixth studio album The Hunting Party. Looking to mix things up the band also tapped a new production team for the first time in over an decade calling to award winners Rob Cavallo and Emile Haynie to join with bandmates Mike Shinoda and Brad Delson to craft The Hunting Party in their own light. Proclaimed by Shinoda simply as a “rock record” curiosity ran wild with listeners wondering what exactly Linkin Park had in store for them. Now it is time to satisfy the anticipation.

Beginning on an aggressive note with “Keys to the Kingdom” Chester Bennington’s electronic infused voice gives away to organic heavy guitar tones, live drums, a harmonized chorus and Shinoda’s rap verse. Dubbing the line “No control! No surprise!” the song lets listeners know this will be one intense ride. Going into the hip hop rock tune “All for Nothing”, the guitars of Delson continue to play a huge role along with Shinoda’s verbal assault riddled with thought-provoking words. When the chorus kicks in with Helmet’s Paige Hamilton singing the lead it immediately complements and creates a catchy combination. Taking off into a more traditional metal sound “Guilty All the Same” goes for the throat with irresistible guitar melodies and sincerity in the message. Tackling the hypocrisy of politician, mainstream media, and religious groups, Bennington screams the disgust many feel while guest hip hop legend Rakim lays it all on the line.

Throwing another curveball at their audience, “War” lifts off with the punk rock drumming of Rob Bourdon, thick choppy guitar work of Delson, and Bennington singing like a Ramone. Different, refreshing, and chaotically beautiful this is a sound modern rock has missed for many years. That rebellious vibe continues into “Wastelands” with more reflective words about the complexity of modern society and fighting through it all. Abruptly changing course again “Until It’s Gone” takes on an electronic darker sound with Bennington sorrowfully conveying the agony and regret of loss. The track is reminiscent of signature Linkin Park style that fans will not only gravitate to but put it alongside their favorites. Finding the combined ground between fury and melody, “Rebellion” features more accelerated guitar riffs with contributions from System of a Down’s Daron Malakian playing on the track for a texture that is hard to deny. The simple singing of Rebellion is executed in such a fashion one can feel the coming of a revolution.

Broken into chapters like a novel, the final portion of the record features more diversity and begins with the heavy instrumental intro of “Mark the Graves” which later blends Bennington smooth vocalization. Bourdon, Delson, and bassist Dave “Phoenix” Farrell combine for a natural live rhythm section which is felt heavily throughout the album but is most pronounced on this track. There is no doubt this is the most pure no frills rock-n-roll piece of the entire record. On the following track, Linkin Park offers the instrumental song “Drawbar” featuring Tom Morello of Rage Against The Machine”. Taking on a post-apocalyptic sound captured by many inventive modern-post rock bands such as Pelican and Russian Circles the soundscape is engagingly dark and well-constructed. The track is further evidence Linkin Park finds no comfort in conforming to a notion of who and what they are suppose to be. “Final Masquerade” features more of the rock feel with a vivid singing performance by Bennington with naked vocals, drums, bass, and guitar. Relying strictly on their musical talents minus modern technologies Linkin Park shines bright on this track. Concluding this journey is the introspective “A Line in the Sand”. Mixing mellow atmosphere, thrashing metal guitars, and riveting vocals by Bennington and Shinoda the song is a perfect showcase of all the aspects The Hunting Party touches on.

The Hunting Party is a record which begs to be different. Clearly a band looking to shed their skin and reinvent themselves while remaining true to who they are, Linkin Park creates something genuine and unique. With societal concerns in the lyric content and uninhibited approach The Hunting Party may be difficult for some to swallow at first due to it’s lack of structural cohesion. The constant changes in tone and style is something that challenges the listener to look deeper and pay closer attention than a typical rock record. While Shinoda states this is a “rock record” he maybe selling The Hunting Party short because this is much more than that, it is a hybrid of music breaking free of genre limitations. CrypticRock give this album 5 out of 5 stars. 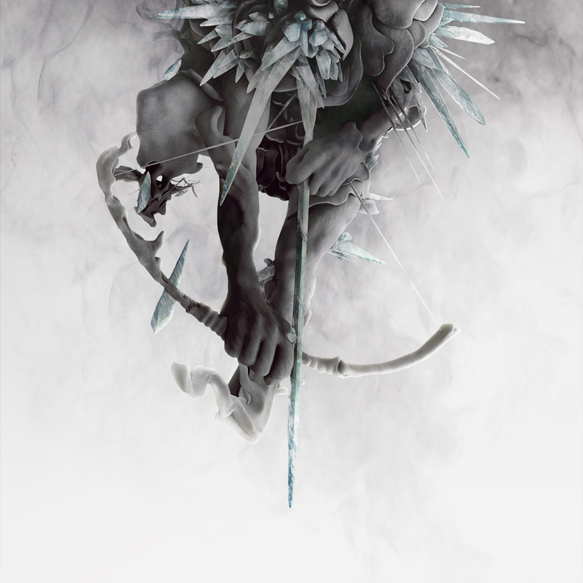