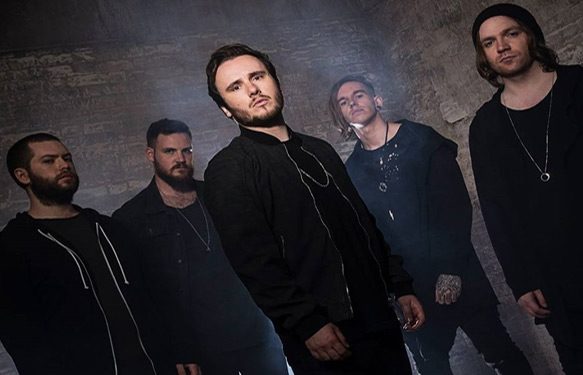 Everyone has heard the phrase, “When one door closes, another one opens.” Those who never believed in that phrase, maybe it is time to give it some thought, considering that is exactly what happened with the fresh new band calling themselves As Lions. Providing a little backstory, before As Lions came to be, Austin Dickinson, Will Homer, and Conor O’Keefe all played together in a band called Rise to Remain with Adam Lewin and Ben Tovey, the two of which would eventually leave the band, leading to the breakup and eventually forging the path for As Lions.

A new beginning with a bright tomorrow, As Lions consists of Vocalist/Lyricist Austin Dickinson, son of the almighty Bruce Dickinson, Guitarist Conor O’Keefe, Bassist Stefan Whiting, and Drummer Dave Fee. Taking steps in the right direction, As Lions, who are signed with Better Noise Records, dished out an EP back in October of 2016, hit the US on tour opening for Shinedown, Five Finger Death Punch, and SIXX:.A.M., and are now set to drop their debut, full-length record on January 20th, the thought-provokingly titled Selfish Age.

Dating back to 2015, when As Lions was formed, the band as a whole had a mission statement: “…And that was to create the biggest, baddest Hard Rock we could, and on an almost cinematic scale,” as Dickinson recalls on As Lions’ Facebook page. Whittled down to eleven tracks after a ton of hard work, Selfish Age succeeds in their quest for badass, face-pounding Hard Rock. This is the type of Hard Rock that many would headbang to until their eyeballs pop out, but they cannot stop because the music just compels them to keep going.

Getting back to business, the first track, “Aftermath,” starts to set the tone for the album, and while not as heavy as the rest of album, it does a good job of getting the listener pumped for what is to come. One of the first songs anyone heard from As Lions, it serves as a tasty sampler; those who dig this track will more than likely feel the same about the rest of the record. Moving on, “The Suffering” starts to get into the groove with fun double bass leaving the listener fist-pounding so hard that they will probably end up pulling a muscle. A very fun track, with a ton of energy, it should become a favorite when the band plays out live. Jolting forward, the title-track, “Selfish Age,” is the most radio friendly and easily accessible piece on the album. There is a very danceable feel, and for this being a Hard Rock album, As Lions manage to craft a radio friendly song that is not out of place and works well amidst the rest of the material offered.

Of course, Selfish Age is not without dynamics, there are a couple of tracks scattered all around the album where the audience can catch their breath before starting to head-bang again. This is a refreshing step forward for Dickinson and his bandmates, who some might recall took a very different approach as Rise to Remain. By all means not a flat band, Rise to Remain was more often than not full-speed-ahead much of the time where As Lions is all about letting the music breathe and taking shape in an organic fashion. Nonetheless, tracks like “Bury My Dead,” “World On Fire,” and “One By One” offer a mix of more mellow pieces with wonderful textures, bringing the vision of Selfish Age completely into focus.

Then, concluding it all, “The Great Escape” is perhaps the most intriguing song off the album. No doubt the best possible ending, it delivers on the promise of melodic Hard Rock. In addition, there is also a very cinematic scope to it, making the track larger than life. Like a volcano ready to explode, it feels like Selfish Age was building up for this moment, and it pays off tenfold.

Overall, As Lions’ Selfish Age dishes out extremely badass Hard Rock with Dickinson’s powerful voice more dynamic than those of which he provided with Rise to Remain. Again, this is not to discount the quality of Rise to Remain’s tenure, but more less express that As Lions is the natural next step for these musicians. It is more refined and the song structures are extremely solid. With roaring guitars and bass, as well as energetic drums, this is a Hard Rock record everyone needs to check out in 2017. Cryptic Rock gives Selfish Age 4 out of 5 stars. 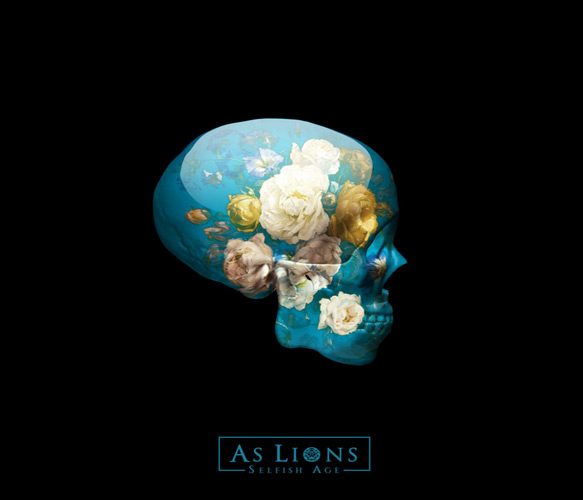