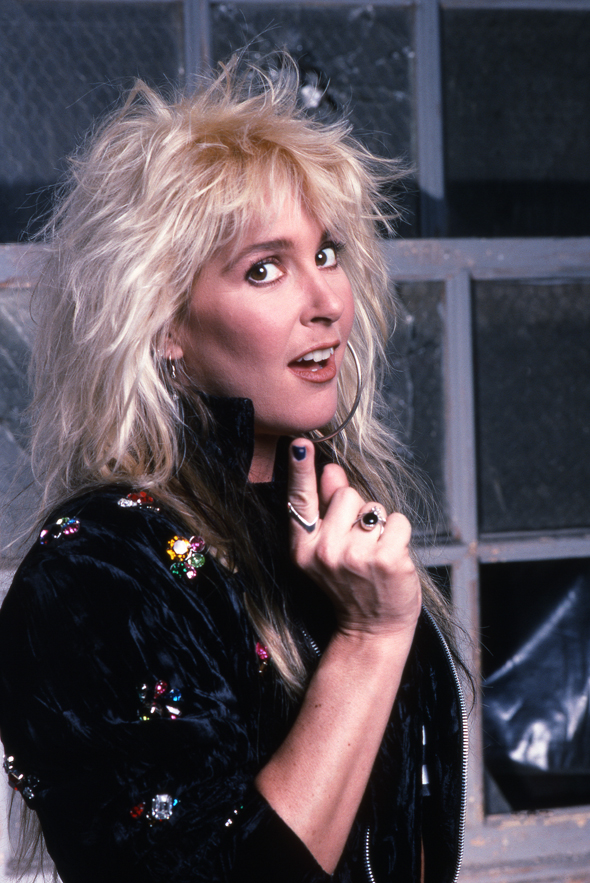 For the past four decades, Lita Ford has been one of the most celebrated figures in Rock-n-Roll. Inspired by Ritchie Blackmore of Deep Purple, she picked up the guitar at age eleven, and five years later, her life would change forever when she was recruited to join the all-female Rock group known as The Runaways. While the band was short lived, The Runaways have gone down in history as being one of the most influential all-female Rock bands of all time and helped launch the career of Ford. With that said, as one door closed, another opened, and upon the end of The Runaways, Ford jumped into a solo career, releasing her debut album Out for Blood in 1983. A humble debut for the musician, a year later, Dancin’ on the Edge reached # 66 on US Billboard 200 and the album title track even attained Ford a nomination for a Grammy for Best Female Rock Performance in 1985.

Still reaching for the stars, it was then in 1988 when Ford released the album Lita that she hit massive success. Anchored by signature songs like “Kiss Me Deadly” and the unforgettable duet with Ozzy Osbourne on “Close My Eyes Forever,” Ford had become one of the hottest artists in Hard Rock. Sexy, bold, and talented, Ford would go on to create three more studio records through 1995, but made the decision to take a break from music to be with her family thereafter. A departure certainly understandable, and more importantly, respectable, it would be over a decade later when Ford would return to Rock with her album Wicked Wonderland in 2009. A surprising release, she would continue to tour and satisfy audiences over the next few years, and her Living Like a Runaway album in 2012 is considered by many as her real comeback record.

So where does a woman who has done it all go from here? Well, that answer is quite simple, put it all down on paper and release a book called Living Like A Runway: A Memoir – a focus on the beginning of her career with the Runaways and solo years. On top of this new book, Ford returns with a brand new album via SPV entitled Time Capsule. Her ninth overall solo effort, Time Capsule is a collection of un-touched original recordings from the 1980s unheard by the public. A gift to her fans as a look into the past of her recording career, Time Capsule is a fun ride that has a ton of twists and turns among its eleven tracks.

Beginning with an “Intro,” ex-W.A.S.P. Guitarist Chris Holmes lays out Ford’s departure from a home full of trouble for a life of Rock-n-Roll. This is quickly followed by the first song. “Where Will I Find My Heart Tonight.” which shows off an acoustic guitar solo in the beginning before leading into some amazingly heavy guitar riffs by Ford through out the song. In addition, former Yngwie Malmsteen vocalist Jeff Scott Soto adds some beautiful singing alongside Ford while Bassist Greg Buahio and acclaimed Drummer Rodger Carter keep steady time. Producing another Rock hit, “The Killing Kind” is a track that Ford provides some major solos. With Jane’s Addiction’s Dave Navarro playing mandolin, adding a unique richness, Cheap Trick’s Robin Zander and Rick Nielsen provide some amazing back up vocals that merge with Ford’s perfectly.

Moving along the journey back in time, a solo acoustic guitar begins to play while featuring a vulnerable vocal performance by Ford on the track “War of the Angels.” A ballad that provides the listener with a steady bass and drum undertone, of course Ford does provide a heavier electric guitar solo toward the end to wrap it all up nicely. Then comes one of the hardest songs off the record, entitled “Black Leather Heart,” where Ford provides  in-your-face vocals where there can even be growls heard seeping through the tape. Thereafter comes a song long time Ford fans will immediately contact with called “Rotten to the Core.” A cut that features KISS’ one and only Gene Simmons providing a running bass tempo throughout the song mixing with Carter on drums, Ford shreds along with former KISS Guitarist Bruce Kulick.

Switching it up a  bit, the next two song’s on Time Capsule are instrumental pieces. One being a cover of “Little Wings” by Jimi Hendrix and the other an original entitled “On the Fast Track.”  Both fitting nicely into the album’s sequence, they still allow for Ford to show off her soloing talents as well. Following this array of musicianship, “King of the Wild Wind” provides a beautiful electric guitar solo on top of a stunning vocal performance by Ford. Adding to the tracks power, former Odin Bassist Jimmy Travis and Carter come in to provide percussion as the backdrop of Ford’s singing.

An interesting selection to include on Time Capsule, Ford may have included “Mr. Corruption” on the album to add a sense of fun along with some Heavy Metal guitar riffs that are sure to melt any listener’s face off. Furthermore, the chorus will have fans singing along with Ford and company, making it a fitting addition to the record. This is before the trip back in time sadly concludes with “Anything for the Thrill.” The heaviest song on the album, it provides Travis and Carter the ability to add some double time percussion in the backdrop while Ford wails on the guitar and deliveries tight, strong vocals.

There is the saying “leave the past in the past,” but for Ford, it seems that she struck gold digging it up. The songs on Time Capsule capture a period in Ford’s life that embody the sound of her earlier career. However old these tracks maybe, they will still even ring true to listeners of all ages. CrypticRock gives Time Capsule 4 out of 5 stars. 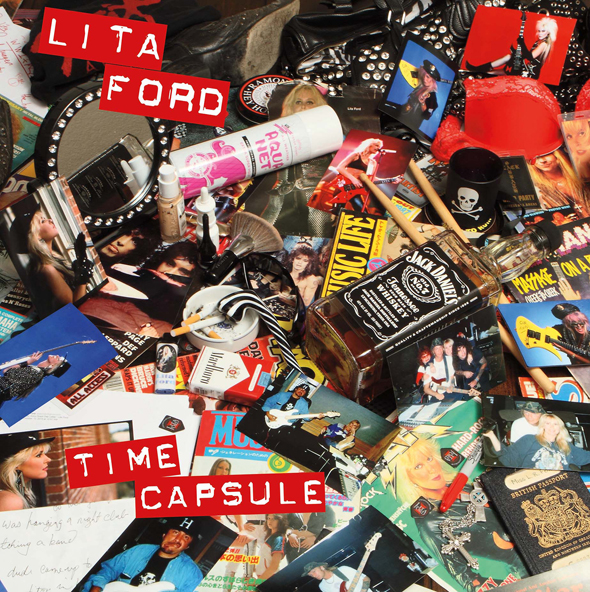