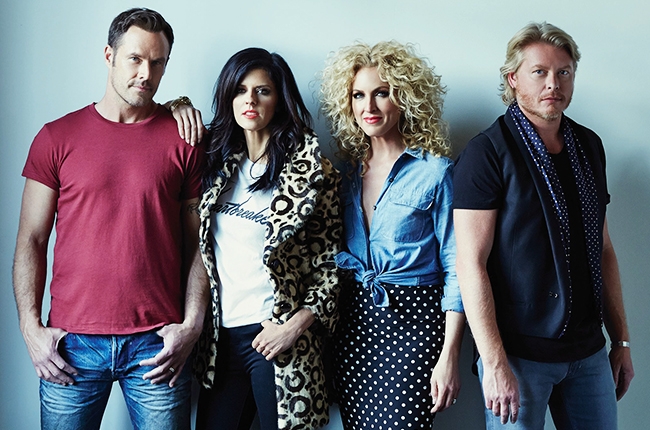 Finding a formula that works and sticking to it album after album can bing an act fame, fortune success and popularity. There are many bands that know exactly who they are, but become static because don’t have the nerve to step outside of their comfort zone and attempt to create music that pushes boundaries and goes against the grain of what may be popular at a specific moment in time. Little Big Town’s willingness to take risks and push the country genre in a direction it has it has never gone before on their new album Pain Killer sets them apart from their peers.

Little Big Town not only knows exactly who they are as a band, but they also know who they want to be and the ways in which they hope to grow and progress musically. They are not content with releasing the same sounding material over and over, but instead, reached to accomplish the lofty goal of creating music that is innovative within their genre, while still maintaining the hard to come by commercial success that they discovered with their previous album. This bold and ambitious spirit is ever present on Pain Killer from its first note to its last. The record is genre bending, but not in the Bro-Country, Pop/Hip Hop/Rock laden way that has become the norm in today’s mainstream Country music. Instead, Little Big Town stands entirely on its own blending together Country, Classic Rock, Reggae and even some ’80s Funk to pioneer a completely original and revolutionary sound that Country music has yet to encounter before.

Comprised of Jimi Westbrook, Karen Fairchild, Phillip Sweet, and Kimberly Schlapman, on Pain Killer each member gets a chance to shine as a lead vocalist, while their signature four piece harmonies continue to be focal points throughout. The ability of all four artists in the group to excel in the lead vocalist role makes the band incredibly versatile and allows them to experiment with an array of different styles, techniques, and sounds on this new album, and frees them of many restrictions that may limit bands with only one capable vocalist. The listener never feels as though they are hearing repetitive music because the lead vocalist changes with almost every song. Their producer Jay Joyce, who they began working with on their previous album, was also essential to the creation of this album. His edgy style and experience with acts such as Cage The Elephant and fellow boundary pushing County artist Eric Church, influenced and helped fuel Little Big Town’s creative and artistic spirit throughout the creation of Pain Killer.

“Day Drinking,” the album’s debut single is currently in the top five on the Country radio charts, and will spend the next few weeks fighting for a spot at #1. Although it is most likely the most generic song on the record lyrically, “Day Drinking’s” laid back summer vibe, carefree subject matter, and catchy production made this a perfect single choice to open the album area with. The song quite intentionally has shades of “Pontoon,” the double platinum smash hit from their previous album Tornado (2012).

On tracks like the intense “Save Your Sin” and the playful “Good People,” Schlapman showcases her unique vocal style which contains more southern twang than her other group members. The former features incredible vocal control as she weaves her way through long and winding notes in the each verse. “Good People” is fun, lighthearted, and falls into the “possible single” category for its radio friendly nature.  Westbrook is featured as the lead vocalist in “Faster Gun” and “Tumble and Fall.” “Faster Gun” is a defining track on Pain Killer as it is the most apparent display of the group’s dedication to pushing boundaries and exploring new sounds as a band. It is deliciously edgy, dark and distinctive, while still remaining firmly rooted in the Country genre. “Faster Gun” which uses a “wild western” movie as a metaphor for love in a turbulent relationship, is bursting with attitude and also funky instrumentation that is featured throughout much of the album. This unusual but intricate and deliberate instrumentation can likely be at least partially attributed to Joyce’s influence on the group’s ever evolving sound.  “Tumble and Fall” on the other hand may be the opposite. It delivers classic Little Big Town song-thoughtful lyrics, standout vocal harmonies, and a unique sound. This is one that will be appreciated by those who have been fans of the group from the very beginning.

On the moody, vengeful “Things You Don’t Think About,” Fairchild uses her powerful vocals to channel her inner Stevie Nicks, but strives for a contrasting sound on funky, reggae influenced “Quit Breaking Up With Me” and “Painkiller,” the title track. Both tracks are catchy and fun, blending playful, and humorous lyrics with unusual but pleasing production. Both could be future singles but the sing-a-long quality that the former possesses makes a song that they can really rock out with in a live setting.  Fairchild also knocks it out of the park vocally on “Girl Crush,” which was a risky move, recently named the album’s second single. The title, and first verse are intentionally misleading, before the reveal of a delightful “plot twist” in the chorus. “Girl Crush” takes a commonly used phrase and proceeds to turn it on its head. The song was the second best-selling track on iTunes outside of “Day Drinking” and received rave reviews from fans, radio personalities, and peers, but its slow pace and radios recent rejection of most ballads still make it a risky single choice.

“Live Forever” and “Silver and Gold,” are both gorgeous and ethereal ballads with uplifting lyrics and striped down production that leaves all the attention on the Little Big Town’s stunning four piece harmonies. Both are a welcome change of pace as one is listening to the album from front to back.  Sweet and Westbrook share the lead on “Stay All Night,” another possible single choice. The track is an infectiously fun and entertaining song about wishing a crazy night out would never end. Westbrook showcases his powerful vocals, belting out the lyrics in the second verse and bridge with passion and intensity. “Stay All Night” will undoubtedly be a staple on the setlist for their live shows in the future.  “Turn the Lights On,” which is currently being used as a show opener for Little Big Town, mixes Classic Rock and ’80s Funk. The long introduction, which continually layers different instruments over each other as it progresses, is reminiscent of Classic Rock style, while Fairchild eases her way through verses that are drenched in a funky ’80s groove. The guitar riff in the bridge has an alternate style, and the chorus features powerful group vocals. All together this song has a completely original and eclectic sound, borne of melding various genres and influences together, an accurate representation of the album as a whole.

With Pain Killer, Little Big Town ventures into uncharted territory with their sound and reaches new heights as a band. The album breaks through boundaries and has helped Little Big Town achieve meaningful and innovative progression by creating music unlike anything else Country has to offer. Pain Killer is bold, ambitious and spirited, and it their refusal to settle or remain static cements the group as pioneers in their genre. Striving for anything less will never be in Little Big Town’s nature.  CrypticRock gives Pain Killer 5 out of 5 stars. 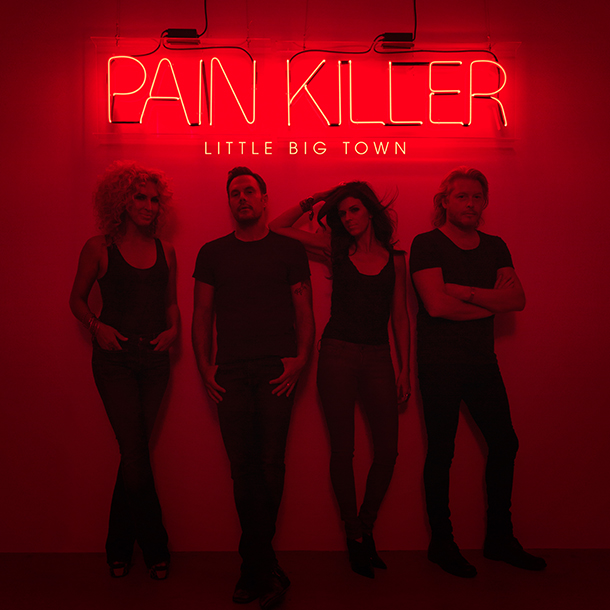