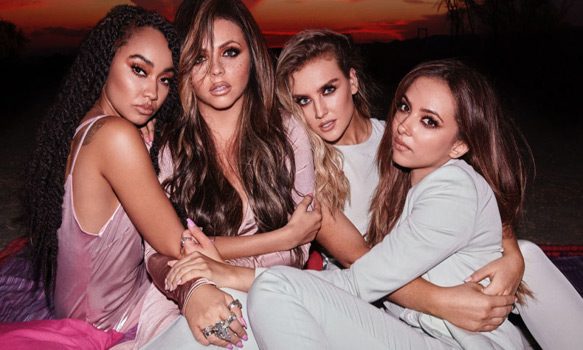 Formed back in 2011, UK girl group Little Mix have carved their own niche in the Pop genre, stepping out of fixed genres and exploring influences in Trap, R&B, Dance and more. Showcasing dynamic vocals and ethereal harmonies on nearly every track they record, the heart of Little Mix is Perrie Edwards, Jesy Nelson, Leigh-Anne Pinnock, and Jade Thirlwall. Together, they power through anthems that demonstrate girl power and individuality, while remaining mature and real. Topping charts with each of their previous studio albums, 2016’s Glory Days is arguably Little Mix’s best effort yet. Released on November 18, 2017 via Syco/Columbia, Glory Days tears down preconceived notions of girl groups effortlessly without missing a beat.

Commencing with the snap-worthy “Shoutout to My Ex,” it is Little Mix’s fourth chart-topper in the UK and lead single off the album. With cleverly crafted lyrics and celebratory feminist rhetoric celebrating sisterhood, this track is the perfect introduction for what the outfit offers throughout their latest effort. With instrumentation that is quite minimal in comparison to later tracks, the inclusion of top-string guitar strumming and a simple synthetic rhythm are coupled with the girls’ cathartic chanting in unison near the end. Overall, the girls prove they can pull off a mature break-up song with sophistication.

The LP continues with the club-ready “Touch,” a song which will come as a sort of shock to the casual fan who assumes Little Mix is solely contained to bubblegum Pop. Little Mix then extends their exploration of the more mature material with the Trap-infused Pop cut “Down & Dirty.” Featuring edgy, empowering, and clever lyrics coupled with simplistic, full-on Trap chorus, the group can expect to land several spots on the Billboard charts in 2017.

While the Pop influences continue to linger throughout, there are a few songs on Glory Days that find a certain vintage niche. For example, the Indie-tinged and Swing vibes of “F.U.” benefit from sweet, simplistic progression ala piano and basic rhythms. Instead of a self-deprecating female heartbreak song, there is a soulful female empowerment with pain, anger, and bittersweet love, while showcasing the complexity of emotions that Little Mix can effectively portray.

The vintage effect is further highlighted on “Oops,” a tongue-in-cheek lyrical piece coupled with additional ’50s Swing influences reminiscent of the likes of Megan Trainor. Featuring Singer-Songwriter Charlie Pluth, the song provides effective male harmonies throughout. Coincidentally, Trainor co-wrote “You Gotta Not,” which also appears later on. Unfortunately, Trainor’s musical child sticks out like a sore thumb with the lyrics contradicting the themes illustrated on the rest of the album.

Taking a turn for the better, “Power” is a feminist anthem of sorts, complete with revving motors introducing it all. Smoothly transitioning into a larger-than-life, festival-ready EDM chorus, it is one of many highlights on the album. Then, “Private Show” is yet another deeply catchy highlight, containing an infectious chorus with blaring horns. The mix is a bit iffy, but those who are casual music fans can easily get past that.

All in all, Little Mix’s Glory Days is a witty and sophisticated follow-up to 2015’s Get Weird. Incorporating new styles and elements while still delivering the same girl-power message, Glory Days is unquestionably a step in the right direction. CrypticRock gives this album 4 out of 5 stars. 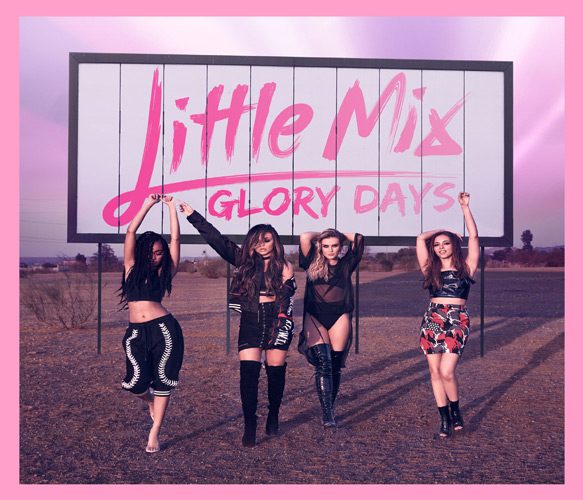