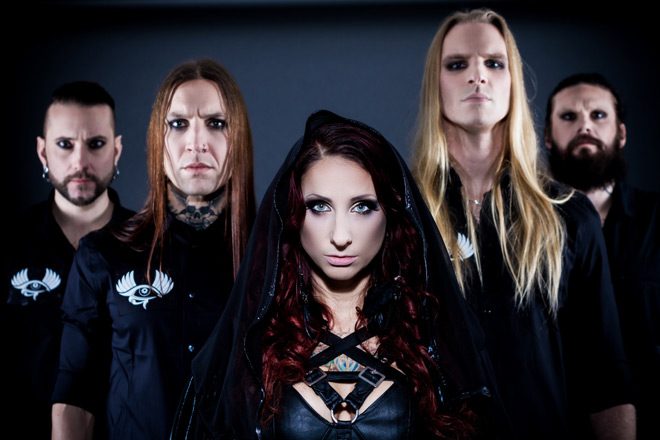 Unwilling to give up on music following the demise of Sister Sin in 2015, Swedish Metal Queen Liv ‘Sin’ Jagrell decided to turn her thirteen years of experience into a new chapter, and so began the new band Liv Sin. Working with Fitty Weinhold (UDO) and Stefan Kaufmann (ex-Accept, ex-UDO) in the studio to create a harder, more Metal sound, Jagrell looks to go in a new direction with her solo debut album Follow Me.

Released on April 28th via Despotz Records, Follow Me is the next chapter for the talented vocalist as she teams up with her new band consisting of Patrick Ankermark (guitars), Chris Bertzell (guitars), Tommie Winther (bass), and Per Bjelovuk (drums). Together, they unite for eleven new songs that bring a modern twist to Heavy Metal.

Seething and demonic from the start, The Fall introduces fans to the new installment of Liv Sin’s takes on Metal as her shrill growls and snarls set the style. This is no sweet and gentle Rock princess, Sin is going all out fierce Metal mistress. Matching the intensity, the guitars are equally menacing as the opener takes no prisoners.

Following next is “Hypocrite” with ferocious drumming, super-speed guitar riffs that break into a vocal style that defies gender. Then Sin shows more of a melodic side to her sound on “Let Me Out,” although, the music is still inflamed and full of rage while the chorus demands to be shouted back.

Darker, heavier and angrier, “Black Souls” displays some intense fretwork with intimidating and powerful vocals, relentless drums pounding you into submission. If that was not enough, “Godless Utopia” picks up the Metal baton and beats you brutally with it. A song that has intriguing layers and changes of tempo, from the break-neck to the slow crawl and everything in between, it is one hell of a ride. Moving into the slower and moodier side of Sin’s personality, “Endless Roads” develops her vocals more, showing a fuller range of her abilities. With a more positive feel and uplifting sentiment, there is a sense of joy about life on the road, and not wanting that lifestyle to ever end.

Had enough yet? Well, Sin is determined to beat her listener into submission as heard on “Killing Ourselves To Live.” Begun with a gentle guitar opening, it accelerates rapidly into a philosophic and thought provoking journey before return into to it’s calmer beginnings momentarily before a speedy conclusion. Thereafter, “I’m Your Sin” reveals a twisted and malevolent undertone. This is demonstrated with a chant that creeps into the subconscious and wrenches your heart from the inside. Continuing, “Emperor of Chaos” is a track which delves into mythology and storytelling while blasting the listener with comic riffs.

Known to be influenced by Heavy Metal’s forefathers, the album winds down with a cover of Judas Priest’s “Immortal Sin.” A unique rendition, the band felt it needed something else, so Jyrki from Finland’s The 69 Eyes was invited to add his deep vocals to the track, providing a different texture as the two voices enrich one another. This leads into the finale where “The Beast inside” comes in like a raging battle. At over five minutes the roller coaster ride of emotive and more symphonic sounds builds and broadens. Developed from gentler, huskier tones to shrieks of defiance and a determination to keep going, it is a prophecy foretelling a bright future of a new dawn for Liv Sin.

While Follow Me is a hard and sometimes brutal offering, it is not without its more melodic and dramatic moments. That said, listeners will not find any power ballads here but the last song certainly shows a softer side of Ms. Sin. The unrelenting tempo drives the whole album and as a debut, it will certainly make people take notice that Liv Sin is here to stay. For these reasons, CrypticRock gives Follow Me 4 out of 5 stars. 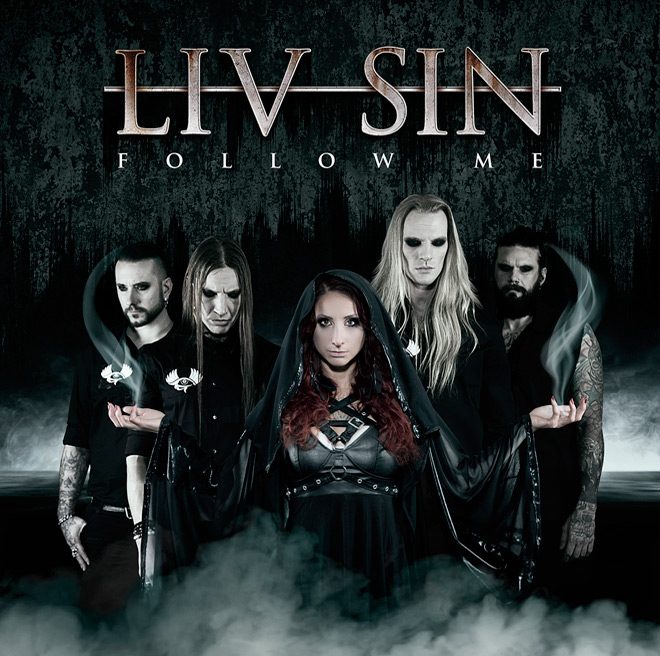