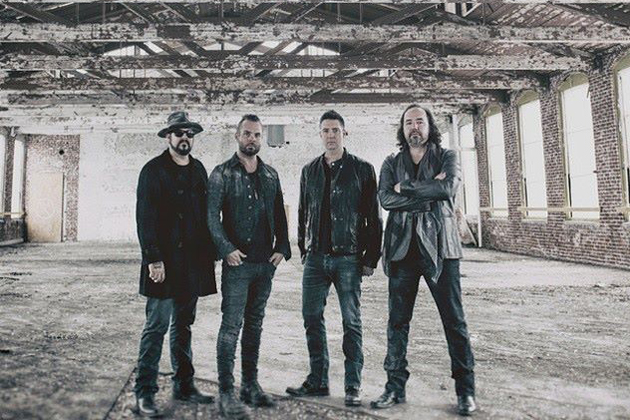 The long anticipated return to the studio for ’90s Alternative Rock Superband Live was well worth the wait. The Turn, released October 28th, 2014, is a solid, intense submission from these York, PA artists. Their overall eighth studio album marks the first offering by the band since the arrival of Chris Shinn on vocals (formerly of Unified Theory) in 2012. The reported dissolution of the band in 2009 after some controversy with former vocalist Ed Kowalczyk was short-lived, and in 2011 the band reformed with Shinn as their new voice. Members Patrick Dahlheimer on bass, newcomer Shinn, and the two Chads – Chad Taylor on lead guitar and Chad Gracey on drums, have put together an album worthy of such a powerhouse band. The Turn features co-production by The Talking Heads’ Jerry Harrison who has also released his own label Think Loud Recordings.

Radio listeners would have been hard pressed to turn on any Rock station in the ’90s and not hear a Live tune or two. Released twenty years ago in 1994, the album Throwing Copper gave  fans some of the most defining songs of that period. “Selling the Drama,” “I Alone” and “Lightening Crashes” were staple ’90s songs, hitting the top of the charts for weeks on end. Although the interim albums have not hit the height of popularity that Throwing Copper once did, The Turn is well on its way to making history in its own right.

The first song on the album, “Siren’s Call,” is the only one tracked live. Building up a suspenseful, heavy but slow Rock song, this relentless track gives us those familiar Taylor guitar riffs, driving it home with vibrating tension. “Don’t Run To Wait” kicks the album up into high gear. Gracey’s pounding drums and Shinn’s multilayered vocals navigate the piece with frantic, ruminating guitar riffs that perfectly mesh with Shinn’s growling vocals. The boys slow the pace back down with “Natural Born Killers,” giving the song a simple, low-key melody with dark lyrics. Shinn relaxes in the verses, but picks it up in the chorus, giving the song a Power Rock flair. Opening the next song with Shinn’s beautiful acoustic guitar, he sings those incredibly personal lyrics in between Taylor’s driving guitar, with the both of them seesawing back and forth on one of the most powerful songs on the album. Beginning with a spectacular guitar riff, “By Design” showcases the amazing bass playing of Dahlheimer, climbing up and down the chords and flowing seamlessly with a heavy, head bobbing beat by Gracey. The switch-up between the catchy chorus and the more ominous verse matches perfectly with a quirky guitar solo and a jamming outro. The first single from the album, “The Way Around Is Through” uses a very similar intro to Throwing Copper’s “The Dam At Otter Creek,” but this does not detract from the song. As a matter of fact, the intro gives the track a nostalgic feel, and leads it into a grooving Pop Rock tune. Creamy vocals and an almost tribal drumming open “Need Tonight,” powering up into a tight, even keeled but solid tune.

Moving on, “The Strength to Hold On” opens with a light guitar and fragile vocals. The slide guitar whispers on top of some deep, luxuriant drumming. The only complaint some may have is the strange little stop gap that pops up at the two minute forty eight second mark where a drop of dead air that takes one out of the emotion of the song, leaving the listener floundering in the lost rhythm. Dahlheimer’s bass on “We Open the Door” transports the listener back to the ’90s with that hip, unique Live sound, while “He Could Teach the Devil Tricks” delves into a deeper, grittier, angry inflection. The passion from Shinn is palpable, building the song up into an exploding, desperate chorus, while Gracey is let loose to pound away at the kit. “Till You Came Around,” the last song on the album, is the perfect choice to come down after such an emotional, musical ride. As relaxing as a float down a lazy river, this beautiful love song fits perfectly as the outro to such a powerful album.

With the change-up in the members and dynamic of Live over the past few years, it is no wonder that this is their first album since 2006’s Songs of Black Mountain. The band spent a lot of time and energy making sure these songs are the ones they want to show the world, and their precision shows through in the final product. The Turn is an album fans should not overlook or dismiss.  This is not merely a record featuring a “replacement” vocalist, it is a solid offering of perhaps some of Live’s best work in a long time.  CrypticRock gives The Turn 4.5 out of 5 stars. 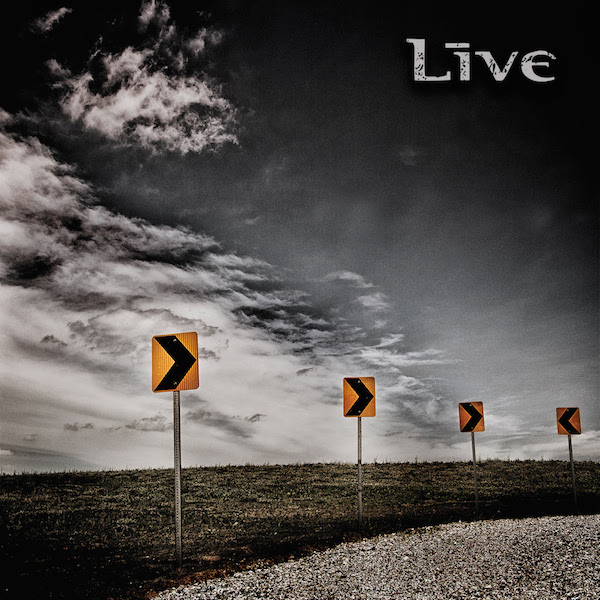