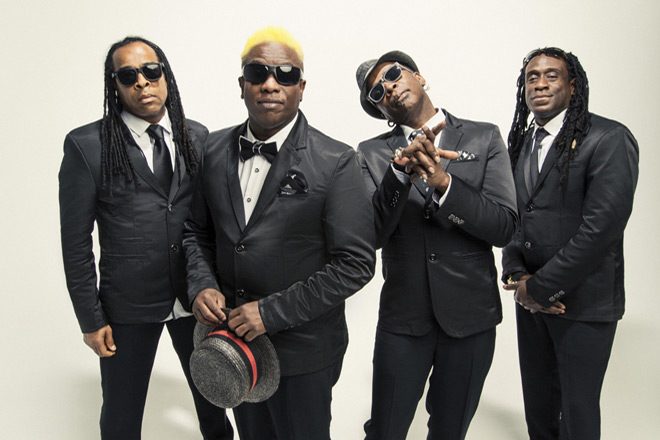 To stand the test of time, many bands adapt to the musical trends of the times and look to reinvent their musical style. Though Living Colour have always been known for biting lyrics and uninhibited social commentary, their sound has continually evolved in the nearly 30 years since their Grammy winning 1988 debut, Vivid. Making music and changing with the times ever since, Living Colour returned on September 8th with their latest album, Shade. Released via Megaforce Records, Shade marks their first studio album in 8 years, so what can fans expect?

Well, the New York City based rockers – Corey Glover (vocals), Vernon Reid (guitar), Doug Wimbish (bass), Will Calhoun (drums) – offer a fusion of Blues, Funk, as well as Metal into a very listenable record and a healthy serving of social commentary. Consisting of 13 tracks, Shade starts off strong with “Freedom of Expression (F.O.X),” a hard-rocking track that hints at the philosophical bits to come. From here, it is a compelling listen all the way through with “Program,” a blistering critique of American media obsession with some very self-aware studio banter as an intro, to the album closing with “Two Sides,” an almost ballad-like cut that deals with American media’s need for false balance.

From the beginning of their career, Living Colour have included compelling covers of other artists on their albums. From The Clash’s “Should I Stay or Should I Go” to Al Green’s “Love and Happiness” and AC/DC’s “Back in Black,” they have honored their influences by recording covers. This in mind, Shade includes three covers from very diverse influences. The first cover, “Preachin’ Blues,” is a Metal reimagining of the Blues standard recorded in November 1936 by Robert Johnson. It stays true to its Blues origins, but with Living Colour’s distinctive heavy bass, drums, and hard-rocking guitar.

Next up, Living Colour take up a cover of Chris Wallace, aka Notorious B.I.G., 1994 track, “Who Shot Ya?” The original, upon its release, was thought to be a message to Tupac Shakur in the wake of his November 30, 1994 robbery and shooting in New York. Well that may be true, Living Colour’s take on the track transforms it into a protest against gun violence. During the intro, listeners learn that gun violence is the leading cause of death for black men under the age of 35. Additionally, the official music video cites a number of other statistics relating to the prevalence of gun violence in the United States. As a message to Americans about the senselessness of gun violence in this country, “Who Shot Ya?” is arguably the most successful track on Shade.

The last of the covers is “Inner City Blues” from Marvin Gaye’s 1971 album What’s Going On and the band offer a solid, Funk Metal interpretation of classic Motown that even includes a bit of harmonization by the band. All this in mind, the thread that runs through Shade is best summed up by looking at the songs that the band chose to cover on the album. There is some mystery about the motivation and means of Robert Johnson’s murder at age 27 in 1938, but there is no doubt that Johnson, along with Marvin Gaye and Chris Wallace were murdered and that all three were exceptionally talented black men who died far too young, and yes, by the hands of a gun.

Important to mention, Living Colour end the official music video for “Who Shot Ya?” with a quote from Wallace; “We can’t change the world unless we change ourselves.” Ultimately, the message that comes through Shade is that people need to look in the mirror, take responsibility for perpetuating a culture that glorifies violence, and take the necessary steps to make our society safer and more inclusive of all. Relative and musically enjoyable, Living Colour make an epic return. That said, for its blend of well-chosen covers and poignant original compositions, CrypticRock give Shade 4 out of 5 stars. 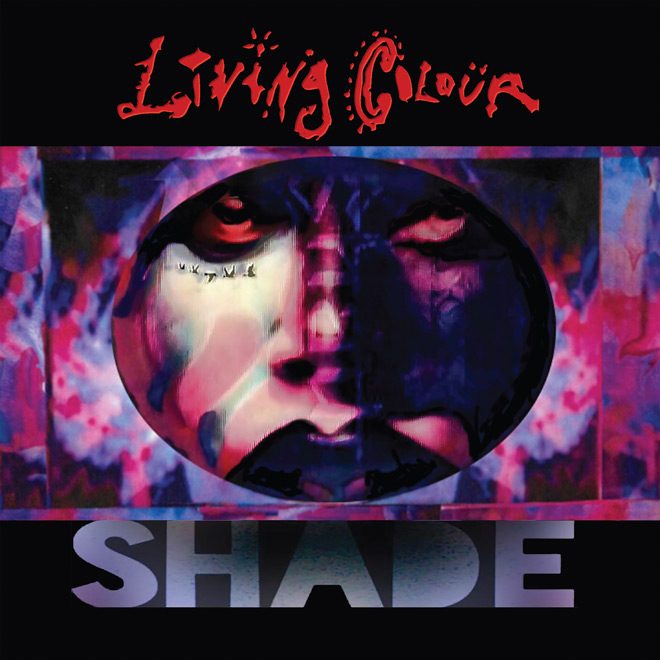