In this day and age, it is extremely rare to witness one actor playing the same character for 17 years and 10 movies, but Hugh Jackman has done just that, becoming the essential portrayal of Marvel’s Wolverine.

One of the most popular of the X-men characters, Wolverine clawed to the top and sliced the competition into ribbons when James Mangold’s (The Wolverine 2013, Walk The Line 2005) Logan charged into theaters on March 3, 2017 via 20th Century Fox. Returning of course is Jackman (X-Men series, The Prestige 2006) as the badass Wolverine one last time in this dark, mesmerizing epilogue of his celebrated saga. 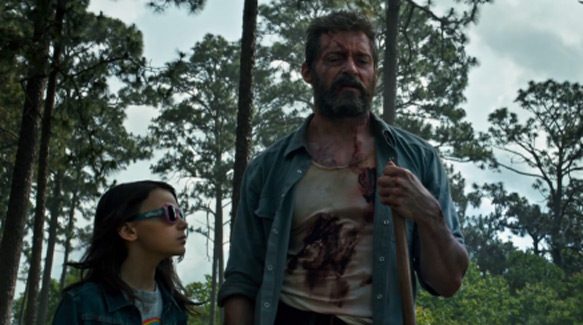 Taking place in a future, dystopic universe set in place by 2014’s X-Men: Days of Future Past and 2016’s X-Men: Apocalypse, Logan follows an older Wolverine being poisoned by the Adamantium fused to his bones. Self-medicating with booze, Logan scrapes by chauffeuring a limo so that he can buy medicine for dementia-touched and sick Charles Xavier (Patrick Stewart: Star Trek:The Next Generation series, X-Men series).

They are led on one last mission when a mysterious girl appears, chased by evil corporate forces led by Donald Pierce (Boyd Holbrook: Gone Girl 2013, Milk 2008) and his team of Reavers—cybernetic enhanced super soldiers. They have to escort this new mutant, the first one seen in 25 years, across the country to a fabled safe haven called Eden.

Mangold and Jackman both cite a variety of movies as their inspiration for the final foray into Wolverine’s epic, including 1953’s Shane and 2006’s Little Miss Sunshine. While it is easy to see these influences, the film feels more like an alternate version of 2009’s The Road, where a dying father leads his son across an apocalyptic countryside, toward the only safe place rumored to exist. 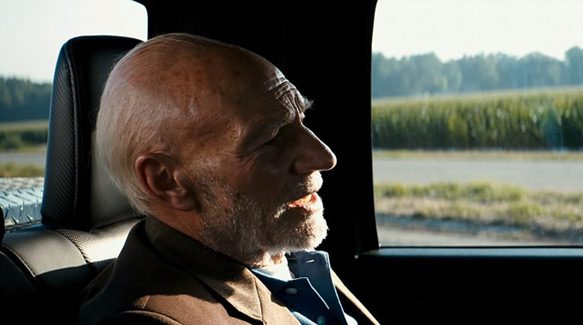 Logan is character-driven like The Road, but also provides hardcore, claw snikting action amid a tapestry of mutant history the fans have experienced over the last two decades. It is a symphony of bleak, dark, and disturbing movements, with interludes of the sarcastic humor and pure heart unique to the franchise.

While the film is touted as a finale for Jackman and possibly even Stewart, it can be argued it was actually a new beginning. Dafne Keen (The Refugees series) steals not just scenes, but the entire movie, playing Laura Kinney, Wolverine’s “daughter” and the mutant known as X-23. She sells her character with confidence – and even though most stunts were done by newcomer Nayah Murphy and others – she threw herself into the transitions with ferocity and passion. There have been talks of a spin-off for Keen’s X-23, and it would be well-deserved.

Jackman and Stewart also provide more depth for their characters than shown in any of the previous X-Men movies, giving nuanced, dramatic performances that drives audience empathy. Going for an R rating was a conscious decision so that Mangold and Jackman could use not just more violence but the full range of the actors, and it paid off. While the action is often extreme and bloody, it stays in line with the character profiles instead of only creating spectacle – it is part of the story. Even side characters are important, with mutant Caliban (Stephan Merchant: creator The Office series, Hello Ladies series) and rescuer/nurse Gabriela (Elizabeth Rodriguez: Orange Is The New Black series, Grimm series) impressive in their treatments.

Overall, Logan is a love letter or farewell note to fans. It succeeds in all of its goals and stands as the new standard for future X-Men and even Comic movies in general. For casual moviegoers, some of the gleam and meaning will be lost though. This is because they may not have the same history and knowledge of the characters as well as the setting. The story does feel forced at times and, while dramatic, the plot is not complicated or deep. That is not the point with Logan though, and the meaning is derived from relationships and history, not where the story ends. The world, eyes sparkling with tears, salutes Jackman’s Wolverine as we bid him a fond farewell. CrypticRock enthusiastically gives Logan 5 out of 5 stars. 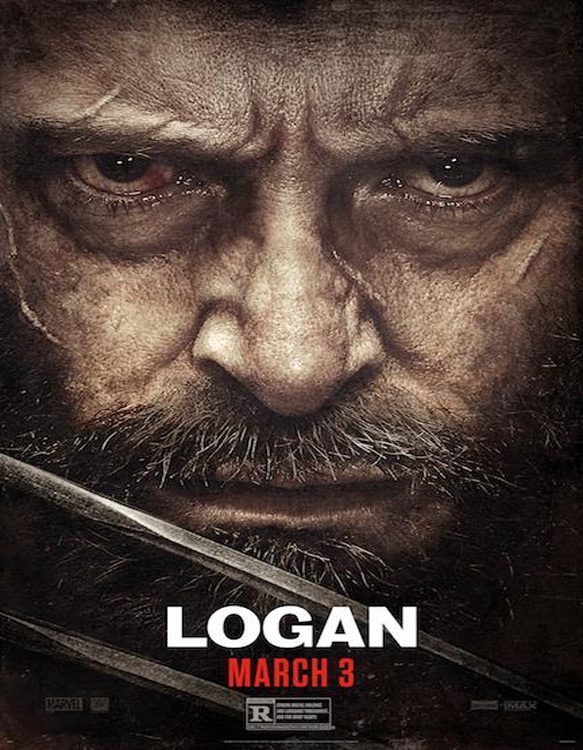