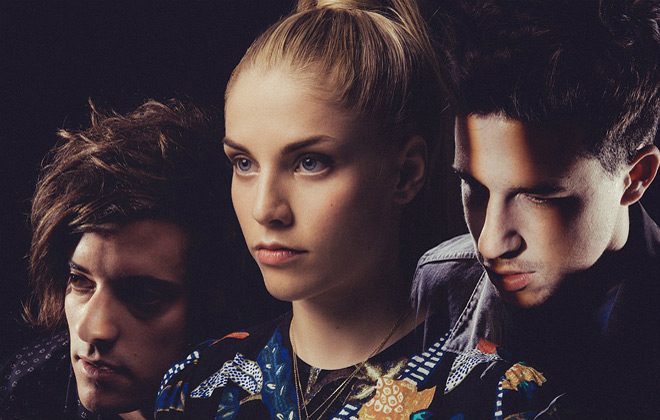 There is an expectation that can befall artists after critical and commercial success – the pressure to quickly release new material to capitalize on newly formed “buzz.” For British Indie-Pop trio London Grammar, this does not seem to have been an issue. Four years after the release of their debut album, If You Wait, the trio has released their sophomore effort, Truth is a Beautiful Thing, on June 9, 2017, and the hiatus has allowed for growth while staying true to their sound. This time around, it is clear the group decided place a heavier focus on Singer Hannah Reid’s ethereal vocals, as she continues the themes of heartbreak as well as the pain and aftermath of failed relationships.

Reid often brings to mind fellow artists Florence Welch and Imogen Heap in her soulfulness and melancholy infused tones. Her emotional vocals take center stage, and while she is the driving force, she is complemented by the atmospheric structure created by Dan Rothman and Dominic “Dot” Major’s arrangements. But, even though working with Adele producers Paul Epworth and Greg Kurstin has refined London Grammar’s sound, the lack of dynamics eventually lead the album to feel too repetitive and mellow.

The album opens with the emotional and soul-searching track “Rooting For You.” Reid’s piercing vocals reach soaring heights and the track, at times, takes on a spiritual element with Reid’s voice employing an angelic quality. The simple accompaniment of piano and guitar maintain the haunting and captivating quality of the song as Reid’s bittersweet sentiments of rooting for a past lover are both somber and hopeful.

Truth is a Beautiful Thing seems to be an album of reflection and hope. It is a way to hold onto the lessons from broken relationships, to honor the scars they inflict, both embracing the pain and being able to move forward. “Big Picture” brings along with it an anthemic quality, with a buildup that begins with piano and eventually includes synths and understated percussion. The song, produced by Jon Hopkins, projects a resilience in the face of mistreatment as Reid sings, “Don’t say you ever loved me/Don’t say you ever cared.”

“Wild Eyed” brings us back into a pensive atmosphere with Reid’s haunting vocals eventually asking, “What are your dreams?” The song speaks of uncertainty as someone tries to navigate a relationship that seems to be going nowhere and eventually will be too late to salvage. The focus remains on the emotion in Reid’s vocals with a muted backdrop supplied by her counterparts. Similarly, “Oh Woman Oh Man” has a subdued feel, with Reid’s voice as captivating as ever, but its overall tone seems more upbeat as we reach the chorus, where the percussion kicks as Reid sings, “Oh woman oh man/ Choose a path for a child/ Great mirrored plans/ Oh woman oh man/ Take a devil by the hands through yellow sands.”

Next up, “Hell to the Liars” is one of the more compelling tracks. The instrumentation works as an accent to Reid’s vocals, capturing the nuances of tonal shifts in the song and Reid’s voice. There is a sense of empowerment to Reid’s delivery and within the lyrics as she sings, “Here’s to the things you love/ Here’s to those you fight enough/ Hell to the rest of us/ Here’s to the things you love.” As we reach the end of the song, an instrumental crescendo provides a welcomed dynamic.

The second half of the album continues the theme of failed relationships. “Everyone Else” picks up the tempo with a guitar riff that gives the song more groove and a rhythmic vibe. Reid sings of others being able to see why a relationship is toxic and there is a strength as she sings of coming to that realization and leaving the relationship behind. “Non Believer” is another beat-driven track that audiences will be able to move to. The peak of the song comes in Reid’s vocoder type harmonies, which are reminiscent of Imogen Heap’s vocals in “Hide and Seek.”

Then there is a Trip-hop vibe to “Bones of Ribbon.” Reid’s vocals are powerful as she sings, “Please don’t stop me now” and the song evokes strength and determination to overcome whatever obstacles life presents. The increased tempo provides a rousing tone that complements the message in the lyrics. Before reaching the end of the album, tracks “Who Am I” and “Leave the War With Me” fail to leave a lasting impression. Yet, the final song, “Truth is a Beautiful Thing,” feels like the perfect end to the album. The emotionally charged piano ballad is haunting and beautiful as Reid’s vocals are heart-shattering and deeply affecting.

It is clear London Grammar have matured. While their music is not vastly different, they are easily recognizable yet they seem to have fine-tuned their sound and focused on their strengths. Still, it feels like relying solely on the breathtaking vocals of Hannah Reid can seem like a crutch and it is the moments where the trio slightly veers away from that formula that their sound becomes more dynamic and interesting. Fans will not necessarily be disappointed as there is plenty to grab onto on the group’s sophomore offering, including extra tracks on the deluxe edition of the album. But, it also seems like opportunities to push themselves even further were missed, leaving the album to lack the type of range that would perhaps make it more memorable. For these reasons, CrypticRock gives Truth is a Beautiful Thing 3.5 out of 5 stars. 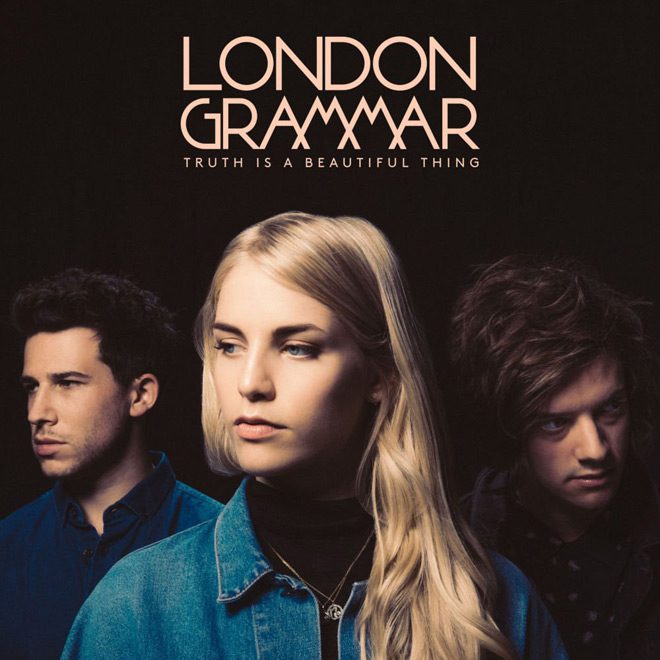