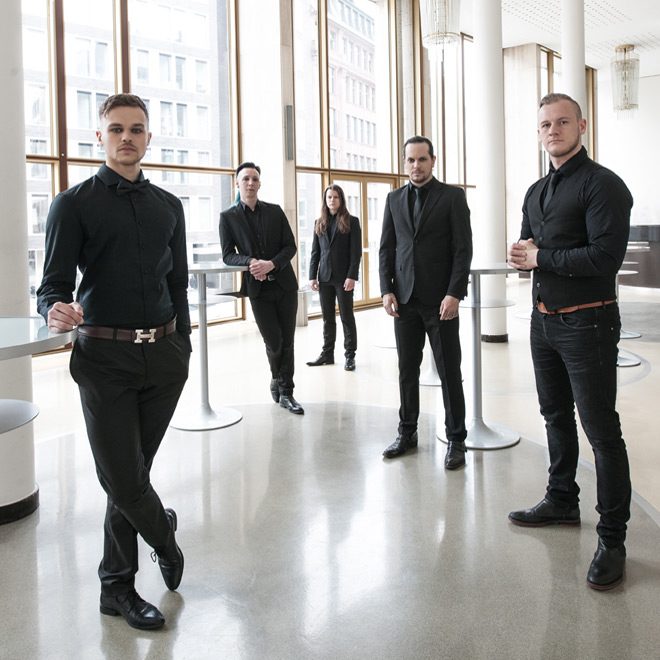 Two parts Classical orchestral arrangements and one part Gothic Rock, Swan Songs II is the latest chapter in the eclectic saga that is German rockers Lord of the Lost’s impressive musical career. Available Friday, October 6, 2017 thanks to Napalm Records, this collection is guaranteed to make dark hearts swoon!

A musical chameleon of sorts, Harms is known for tackling everything from Gothic Rock and Metal – especially edgy, sexy material like “Sex On Legs,” to the acoustic and Classical ensembles of 2015’s Swan Songs, to concept albums, to completely random, Latin crossovers like the terribly fun “La Bomba.” The diversity of Lord Of The Lost’s talent is evident throughout their five studio offerings – ranging from 2010’s Fears to 2016’s Empyrean – along with their multitude of other releases.

Picking up where the original Swan Songs left off, Swan Songs II is a ten-song offering that presents chamber orchestra alongside the uniquely eclectic talents of Lord of the Lost. Darkly seductive arrangements weave these ten, brand-new stories into something much greater than their composite parts.

Swans Songs II begins with a tale of love gone sour, “Waiting For You To Die,” where a Gothic and macabre sense permeates gorgeous orchestration, setting the perfect tone for this bold and impressive collection. Here, Harms’ deliciously deep voice lends a perfectly sinister mood to already dark lyrics: “In another world I would slay you . . . Your cruellest nightmare is my dream.” It is followed by the magnificent, magical journey of “Lighthouse,” where stormy seas emanate from the superb orchestration, and ultimately, a light circling in the fog leads us to safety.

“The Broken Ones” feels like a dramatic Broadway production wherein Harms, as the masked villain, forewarns of his own treachery (“We’re not the heroes, my friend, we are the broken ones”). In a sense, “My Better Me” feels like a continuation of this soliloquy and juxtaposed, splendidly stirring strings perform alongside Harms’ deep, menacing promise that he is not, in fact, his better me. It all moves into “Ribcages,” where the instrumentation is superb – as with the entirety of this collection – and the vocals soar, emphasizing the weighty, conflicting emotion that is central to this magnificent arrangement. As the performance progresses, horses gallop across the shoreline to “Wander In Sable,” an evocative, beautifully serene journey complete with some Spanish-influenced guitar work. As with the majority of Swan Songs II, this would be superb in a film soundtrack.

Much like a mid-summer dream, “The Devil You Know” prances through a meadow of whirling violins, weaving in and out of Harms’ deep rasps; sun shines as the tension mounts, bringing us ever closer to that all-too-familiar enemy. Aren’t we all enslaved to something? Like a fine cognac, Harms’ vocals sing of bitter winter in the marvelously evocative “We Were Divine,” where strings and piano serve to highlight the bittersweet emotionality. As we near our close, ominous drum-work creates a delectable sense of foreboding in the darkly poetic “From The Brink Of The Other World,” which comes complete with a stunning violin solo. Don’t let the darkness drag you down, in fact, don’t let it mess with your sleep! “Fall Asleep” ends the collection, counting sheep with atmospheric orchestration and love… hauntingly beautiful love.

With Swan Songs II, Lord of the Lost have authored the soundtrack to a film not yet written. Exquisite Neo Classical orchestration weaves a story alongside the stunning talents of Chris Harms and co. It is equal parts darkly haunting, beautifully romantic, and superbly Gothic, an album that is guaranteed to make any doom-saying lover smirk. The talent here is endless, the stories are atmospheric and deep, and the emotion runs continually on high. Superb no matter how you slice it, do not miss Swan Songs II! For these emphatic reasons, CrypticRock give Lord of the Lost’s Swan Songs II 5 of 5 stars. 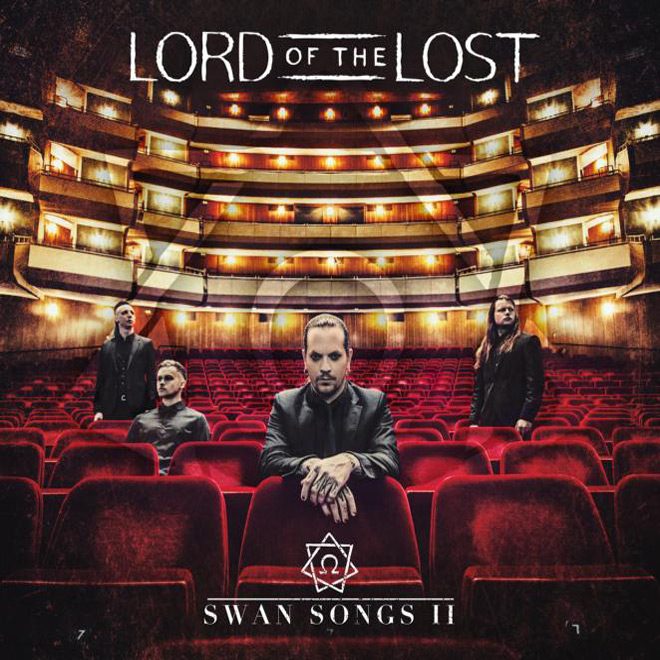 Lord of the Lost – Judas (Album Review) The Plot In You – Swan Song (Album Review)
Like the in-depth, diverse coverage of Cryptic Rock? Help us in support to keep the magazine going strong for years to come with a small donation.