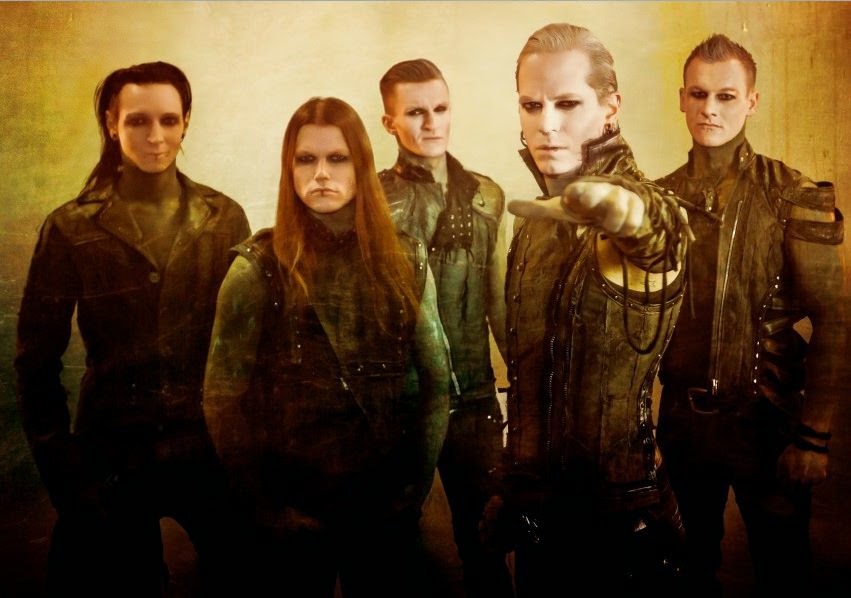 There are bands out there which seem to be pre-programmed to reach the top. German Dark-Industrial-Rock band Lord Of the Lost from Hamburg, Germany is a good example for this kind of species. Founded in 2007 by singer and main-songwriter Chris Harms, they now offer up their fourth studio album From the Flame into the Fire. After several changes to the lost ones, the band has seem to have found a constant line-up consisting of  Chris Harms (vocals), Bo Six (guitars), Class Grenayde (bass), Gared Dirge (piano, percussions, guitars) and newest member Tobias Mertens (drums).  The band is proof that a hard working, fan-friendly group of musician gets rewarded for all the sweat on tours and in studio. With a constantly growing fan base, slots on the biggest festivals in Europe, their first ever US tour in March 2014, and at last a chart entry position of #18 on the official German album charts, the argument can be made the band is taking the next step in their career toward stardom.

Upon first listen From the Flame into the Fire somehow sounds like the German modern answer to Marilyn Manson’s Antichrist Superstar (1996) with more dark-rock and gothic elements. Compared to the band’s previous releases, the new album has much more roughness and metal with distorted vocals without missing the pop-appeal presented in the earworms “Afterlife”, “My Own Shadow” or “Six Feet Underground” which legitimizes the high chart-entry in their home-country.

On the other hand, the North-German five-piece convinces with Industrial-thrash-steamrollers like the opening “Fist Up In The Air”, “Kingdom Come”, and the mega-hit “Kill It With Fire” which should leave new listeners jaws dropping. “La Bomba”, which was previously released as a video as well, will split the fan-bases because of its extravagant mixture of Metal and Salsa/Latino rhythms; definitely a felicitous, unprecedented, polarizing experiment, which works. “I’ll Sleep When I’m Dead” mixes Metal with smart electro-elements and contains another huge Goth-Rock chorus and a guest appearance of Douglas Blair of W.A.S.P.  Lord Of the Lost offers the whole range of modern dark music, which is clearly the secret to their success.  The unexpected ballad “Go to Hell” and the wonderful, melancholic closing “In A Perfect World“ bring the album down to a round figure.

In summary, Lord Of the Lost delivers their best and most mature album that will bring them deserved attention. Do not miss the band if you have the chance to catch them on tour.  If you are unfamiliar with the band it is highly recommended you check them out, they will not disappoint.  Cryptic Rock gives From the Flame into the Fire 4.5 out of 5 stars. 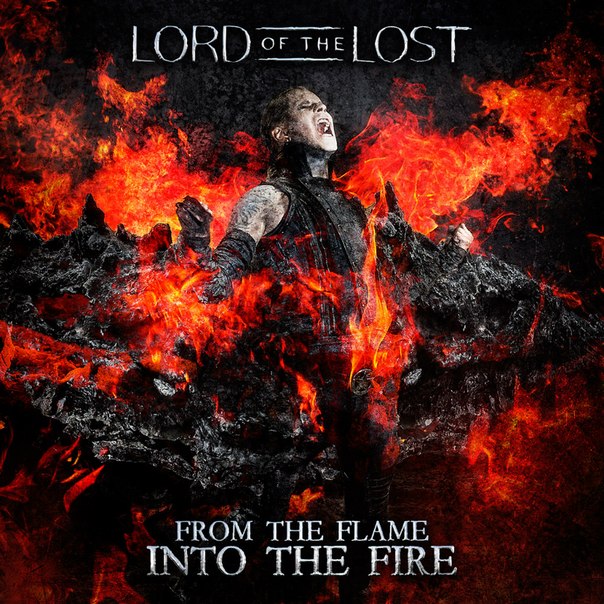 Out of Line Music