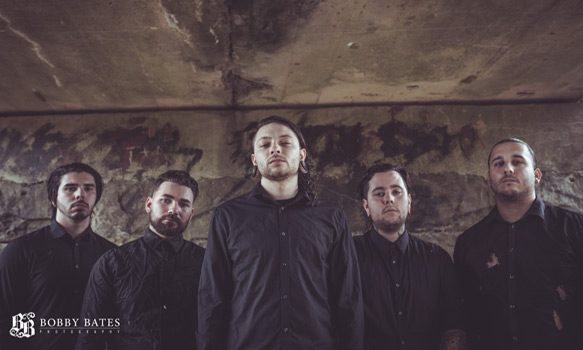 Out of Warren County, New Jersey, the band known as Lorna Shore crashed onto the Metal scene back in 2010. Armed only with an EP titled Triumph and a willingness to explore their love of Deathcore music, Lorna Shore continue to grow and pick up steam as they set to return with their second full-length album, Flesh Coffin.

A follow-up to their 2015 full-length debut, Psalms, the album reached #23 on US Top Heatseekers, followed by subsequent touring with the likes of Carnifex and Chelsea Grin, among others. Signing on with Outerloop Records in September 2016, Flesh Coffin was quickly slated for release months later. Giving fans a sample of what was to come, in November they dropped the single “Denounce The Light,” a video for “FVNERAL MOON” in January, and now, on Friday, February 17th, the Flesh Coffin finally creeks open.

Starting things off rough and heavy, “Offering Of Fire” features raw vocals and dark energy. Dressed with powerful instrumentals, the sounds tell a story of tragedy and shows grit behind Barber’s voice. Coming in next is the haunted intro of the single “Denounce The Light.” Featuring dual vocals, the combination gives the impression of a creepy creature joining; completely an eerie atmosphere. Then, on “The Astral Wake Of Time,” the drama is taken to a new height as the focus shifts to deep regret and anguish, all while the music itself creates beautiful imagery.

Providing little time for listeners to come up for air, delicate little details introduce “Desolate Veil” before descending back into a black madness. A lone guitar almost feels like it is trying escape the abyss before giving in and working alongside the beat. Then there is complex and beautiful “FVNERAL MOON,” a song which raises the bar even higher. Swaying into the next track, Barber’s vocals on “Void” sound warped as the tempo shifts from fast and explosive to focused and gentle.

Not slowing down, “Infernum” comes steam-rolling in on the power of stand-alone vocals for a fraction of a moment before serious instrumentals pick up shortly after, pushing on to “the//watcher.” The latter extends the inky and theatrical vibe of the album and is yet another example of masterful talent and skill merged together properly. Quite soulful, a crescendo of emotion builds pressure slowly before a sudden stop at the end.

Twisting and diving deeper into the sea, “Black Hollow” begins frantically, but trades off with gentler tempos for an emphasis on mood. The outro gives off the feeling of ashes and embers falling quietly from the sky. Finishing off the album, title-track “Flesh Coffin” pauses for a break in the heavy growls to add ominous spoken words. While the beat feels lighter, even as it imparts some warning-like wisdom, it is a shadowy goodbye.

Flesh Coffin is a heavy-hitting album with track after track filled with hellfire and murkiness. While Psalms focused more on politics and religion, this album illustrates a new train of thought with awesome imagery and concepts. The theme here is death, and different aspects of it, paired with incredible instrumentals and vocals. That in mind, Flesh Coffin feels refined, yet harsh and scathing.

Impressively, Lorna Shore has captured a nostalgic and darkened sensation without feeling Gothic or immature. A wide range of emotions flood Flesh Coffin beautifully and it will entice many to want to to hear more as Lorna Shore take them into the undertow of darkness. CrypticRock gives Flesh Coffin 4 out of 5 stars. 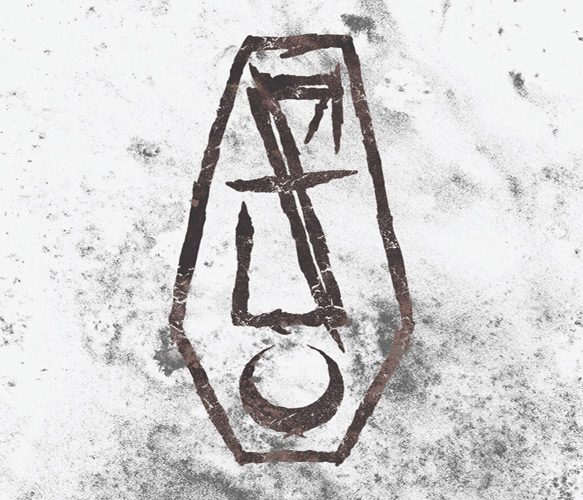