During the 1980s, the Slasher sliced and diced it way to the top of the Horror genre as the most popular of the era. Of course there was the mainstream classics such as 1978’s Halloween, 1980’s Friday the 13th, and 1984’s A Nightmare on Elm Street, but there was also a more gritty, darker underbelly of Slashers for the community of gorehounds to enjoy. Harking back to that classic style, many have attempted to replicate, but failed, is new film Lost After Dark. Directed and co-written by Canadian native Ian Kessner, along with co-writing from Bo Ransdell, the two aspiring filmmakers bring audiences a throwback looking Slasher film that may have some forgetting it is 2015, and not 1985. 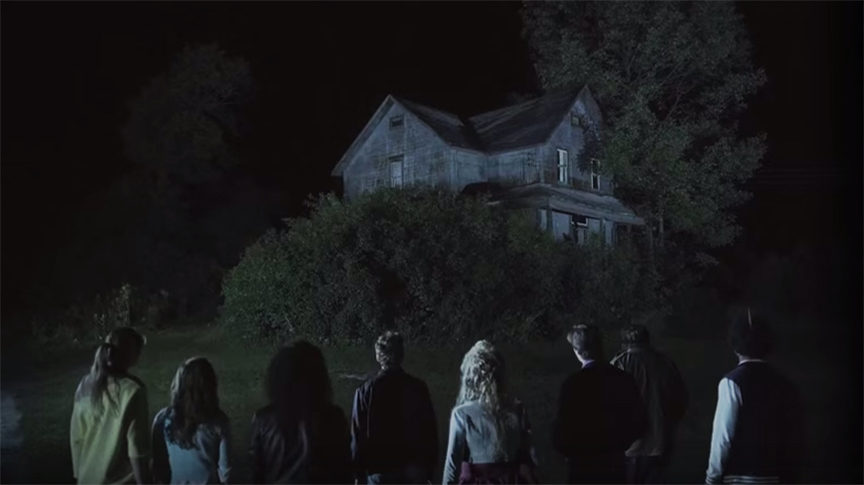 Set in 1984, the film begins like any ’80s style Slasher may have with a group of teenagers ready to partake in some activities outside an established school dance that will only bring them trouble. Among this group, there is the good kid, straight-A student Adrienne (Kendra Timmins: My Babysitter’s a Vampire series, Wingin’ It series); the jock she has a crush on, Sean (Justin Kelly: Maps To The Stars 2014, Big Muddy 2014); her best friend Jamie (Elise Gatien: In the Land of Women 2007, Diary of a Wimpy Kid: Dog Days 2012); the nerdy, likeable guy Tobe (Jesse Camacho: 12 and Holding 2005, Kick-Ass 2 2013); the rebellious outcast chick Laurie (Sarah Fisher: Degrassi: The Next Generation 2001, Full Out 2015); the preppy, sassy girl Heather (Lanie McAuley: Blood Brothers: Reign of Terror 2007, Scarecrow 2013); the pompous jerk Johnnie (Alexander Calvert: Lost Boys: The Tribe 2008, If I Had Wings 2013); and the cool African-American friend Wesley (Stephan James: Selma 2014, When The Game Stands Tall 2014). An interesting bunch of teenagers all together, the cookie-cutter characters may have some rolling their eyes, but not only does it work, each one of characters shine bright in their own way, developing personalities.

As the group break away from the lame school dance and hot-wire a school bus, their former military Vice-principal Mr. C (Robert Patrick: Terminator 2: Judgment Day 1991, From Dusk Till Dawn TV Series) is right on their tails, and has good inclination of the shenanigans they maybe up to. Traveling a little bit out of town’s reach, the bus runs out of gas, and now the group is forced to go out into the dark of night. Coming across a rundown house which seems all but abandon, they make the poor decision to go inside. One can only imagine what happens next as the blood begins to flow and each of the group are picked off one by one by a manic, cannibalistic killer named Junior Joad (Mark Wiebe: Sweet Karma 2009, A Very Merry Mix-Up 2013). Running for their lives, the kills are brutal and plentiful, leaving the audience to wonder who will survive the night? 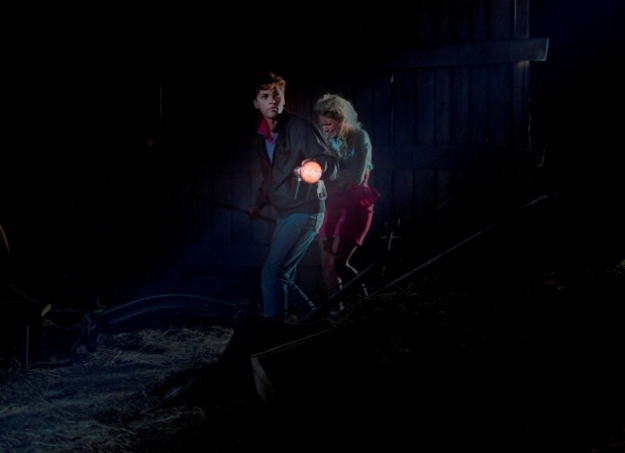 Lost After Dark essentially sticks to a typical ’80s Slasher storyline, but that does not make it generic or boring by any means. In fact, Kessner and Ransdell’s ability to keep the story flowing at a steady pace with likeable characters makes it far from such. It is too often in modern Horror films the characters are so unlikable the audience only imagine what way they are going to be knocked off because they cannot stand them. That is not the feeling one gets with Lost After Dark, and many may find themselves growing an attachment to many of the characters. Not taking itself entirely too seriously, Lost After Dark also wins with a good sense of humor, a delicate balance essential in a Horror film. Also a plague of many modern Horror films, the stories are often too serious and get dragged on, creating a disinterested atmosphere. Lost After Dark not only keeps the audience’s interest, it will have many classic Horror fans smiling and wanting more. 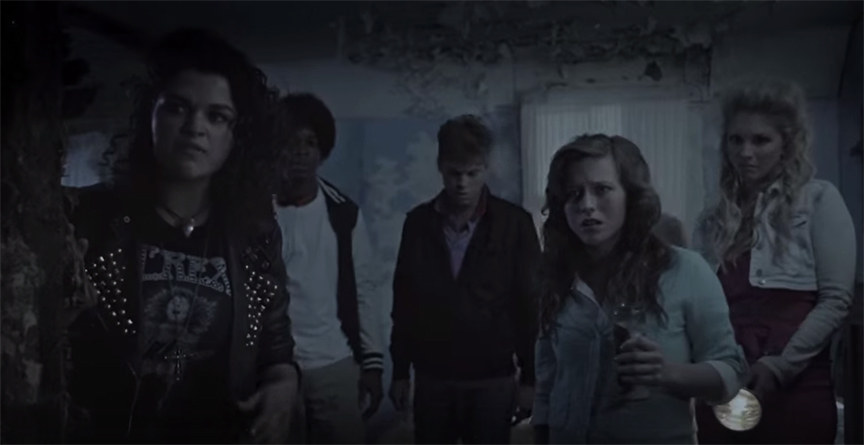 Above all, the most endearing conquest of Lost After Dark is the tension it creates and the gritty feeling of the film. In an age of high definition video production equipment, a crystal-clear recording can often make a Horror film lose its edge, and Lost After Dark wins at re-creating a darker, more mysterious imaginary. While the film is not breaking any new ground in the Horror genre, it is not suppose to be, it is simply suppose to be fun and entertaining. Fans of classic ’80s Slasher Horror will devour this film, and it is refreshing to see filmmakers returning to this eerie style. CrypticRock gives Lost After Dark 5 out of 5 stars. 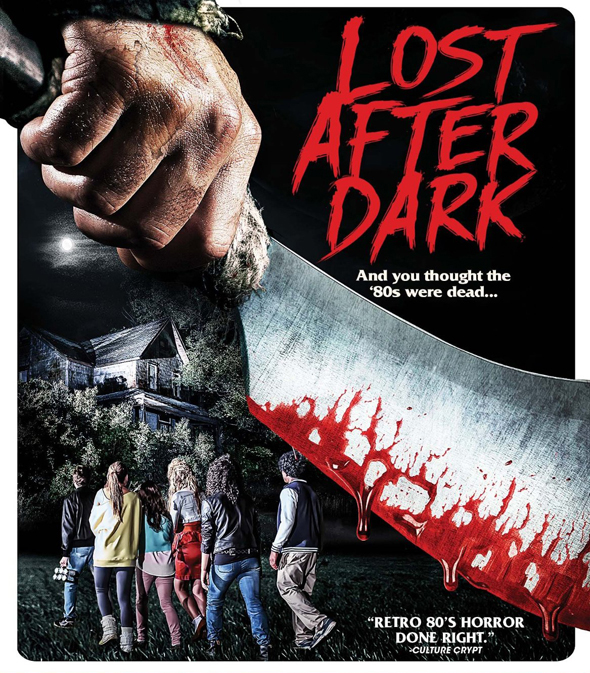 Purchase Lost After Dark on Blu-ray on Amazon