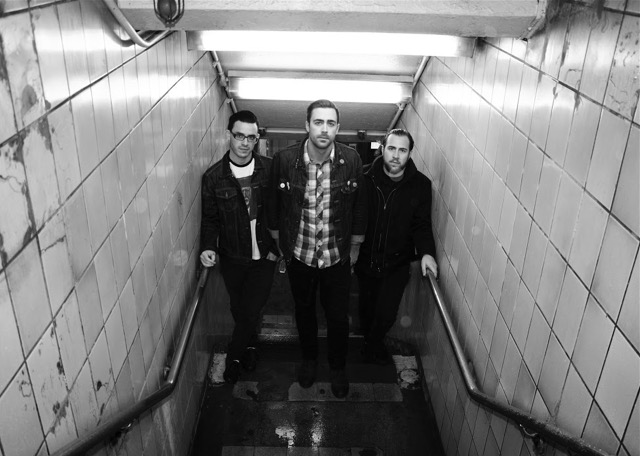 Hailing from the great state of New Jersey, a Punk Rock trio known as Lost In Society have been working hard for some time now. Consisting of Zach Moyle (vocals/guitar), Nick Ruroede (bass), and Hector Bonora (drums), Lost In Society has toured with Taking Back Sunday, The Bouncing Souls, Bad Religion, and the Misfits. Additionally, they have been called the next big Punk Rock band to come out of the Garden State, and they have no plans on slowing down. Debuting with Eastern Empire in 2009, they released a split EP with American Pinup in 2012, followed by the full-length album Let It Sail that very same year. Now four years later, they are gearing up for the release of their third full-length album, entitled Modern Illusions, on February 26th. Produced by Pete Steinkopf of The Bouncing Souls, the album is eleven tracks showing the band is ready to take the next step.

Starting things off is “Awake,” which is an aptly named song due to its strong start that kicks anyone listening into gear. Moyle’s vocals have a rough-around-the-edges sound that meshes well with the steady, but quick sound one would expect from a Punk Rock band. “I Want To Know” follows with the same fast drum beat that then grows into the whole ensemble, and gives one a Say Anything kind of vibe. “Talk” has a favorite line of, “He’s just a kid no one would talk to,” and a sound that reminds one of Sum 41’s “Fat Lip.” The lyricism is the most powerful aspect of the song with which it is able to cover a lot of bases, making a large impact. “Not Afraid” continues the strong tempo and lyrics. Nice power slides, guitar solos, and fast drum beat keep the song fresh.

Later on, “Generation Why” is a fun pun serving the song which has a hilarious lyricism, mocking the ‘Millennials.’ The song is less busy than the previous songs, but while listening, one has to laugh at some of the truths about Millennials. Many readers may be a part of the generation they mock and will find this song amazing and funny as hell. Continuing the mocking is “Plastic” with a faster beat and in a more serious tone, about society as a whole. Then, “Come Outside” plays with distortion in the beginning and grows quickly into a quick guitar beat and makes one want to mosh like no tomorrow. It is a true Punk love song with the lyrics, and the way the lyrics, mixed with the fast tempo, gets one pumped and wanting to do exactly what the lyrics say, “Come outside and dance with me.” Ending the love fest with the harsh reality of a break up is “Second Chances.” where Moyle’s vocals lend to the anger one can feel throughout the whole song. Like most albums now a days, there is usually a song that has an anthem-like vibe, and Modern Illusions is no different with “Let Me Out.” Then, wrapping things up nicely is “Don’t Hesitate,” which is somehow able to mashup all the sounds from the whole album and make one solid ending.

It is easy to hear all the different influences that helped make up Modern Illusions. With that said, it is a strong, solid, Punk Rock album. The vocals, the skilled instrumentals, and the story told throughout the songs make this album fun, powerful, and rock-out worthy. CrypticRock gives Modern Illusions 4 out of 5 stars. 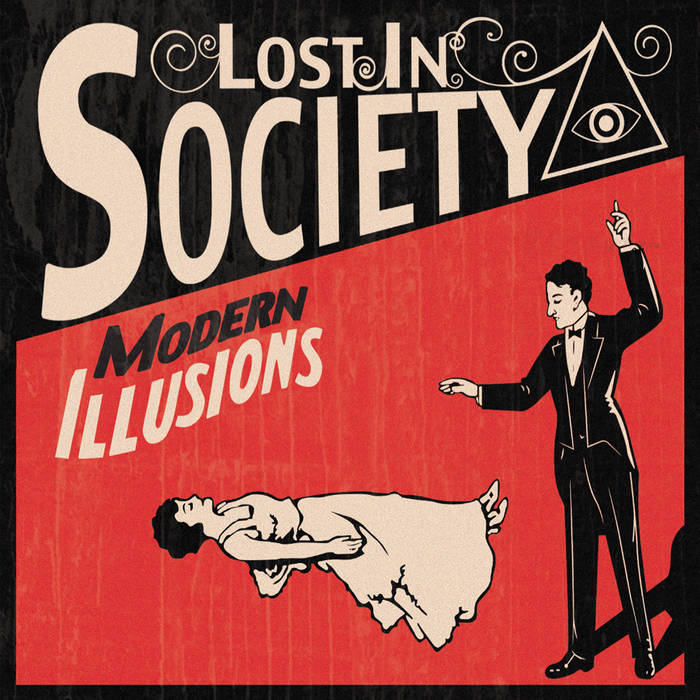