When the chips are down and you need an escape from city life, come to the little yellow cabin on the edge of the desert, home to The Lost Tree. A brand new blend of Horror, Drama, and Thriller from MTI Home Video and Shoreline Entertainment, The Lost Tree arrives to VOD platforms on Tuesday, January 23, 2018. 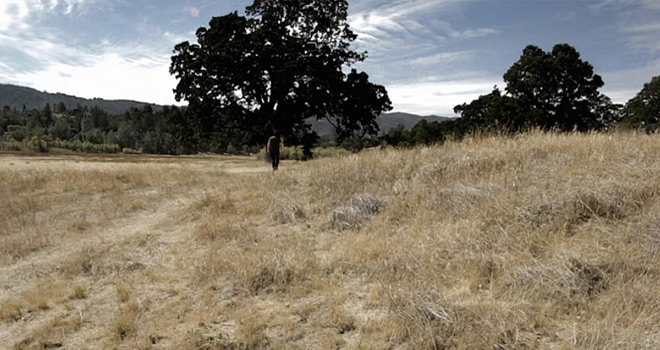 In the span of one Los Angelino afternoon, Noah (Thomas Ian Nicholas: American Pie 1999, Red Band Society series) earns a major promotion at work and then, tragically, loses his wife. Clearly distraught over the loss of Emma (Clare Kramer: Bring It On 2000, Buffy the Vampire Slayer series), Noah wanders through life in a deep depression, contemplating suicide.

After a conversation with his father John (Michael Madsen: Kill Bill: Vol. 1 2003, The Hateful Eight 2015), Noah decides to take some time away from the city and head out into the woods to seek solace and pursue personal peace. To do so, he rents a yellow, ramshackle home on the edge of the Mojave Desert in Southern California, a bizarre blend of patched-together architecture and dowdy interior style that highlights the home’s decorative dead animal collection. Almost immediately upon his arrival, it becomes obvious that someone or something is also residing inside the house: there are a myriad of noises as well as phantom footsteps, a figure in the upstairs window, and knocking at the front door.

Despite a warning from his doe-eyed co-worker/lover Jenna (Lacey Chabert: Not Another Teen Movie 2001, Mean Girls 2004) that something appears not quite right with his temporary digs, Noah stays on at the house and the situation quickly escalates into a downward spiral of text messages from the dead, rabid crows, haunting black figures, and, of course, a trip to the library for some much-needed research. 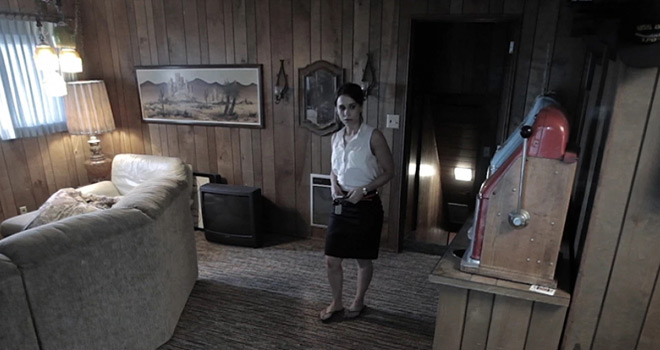 Clocking in at 88 minutes in length, The Lost Tree was written and directed by Brian A. Metcalf (Feign short 2012, Living Among Us 2018). Billed as a blend of Drama, Horror, and Thriller, The Lost Tree reads more like a bad attempt at Horror via yet another haunted house story, this time with a dash of the ‘cabin in the woods’ tossed in for good measure. The end result is a film that is banal and boring, and flounders to keep viewers in their seats for its entire duration.

While The Lost Tree is no five-star affair, there are some highlights amongst its solid acting ensemble. Michael Madsen, as John, will not be winning any Father of the Year Awards, though his character offers up some of the best lines of advice in the entire floundering production. Similarly, in his bit role as realtor Alan Parks, Scott Grimes (Critters 1986, Robin Hood 2010) injects a slice of humor into the entire production with his intentional awkwardness and overreacting. Chabert is solid in the role of Jenna, though she does not have much to work with there. It is poor Thomas Ian Nicholas, as Noah, who carries the vast weight of this film upon his shoulders, constantly attempting to act his way out of this sinking ship. He treads water in his role – especially succeeding at appearing emotionally exhausted – though the script offers him little in the way of a life-preserver. 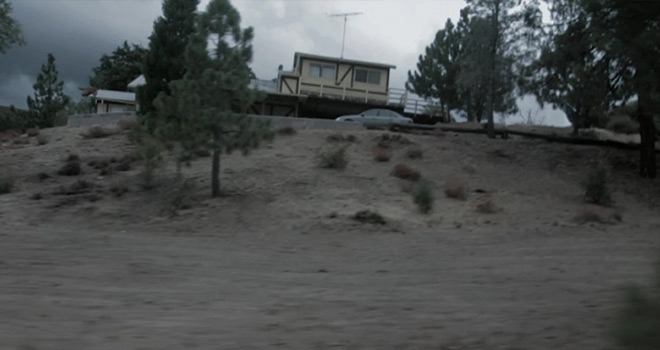 The downfall of The Lost Tree is its completely cliche script, rehashing a haunted house story that has been told ad nauseum. Even the foreshadowing of the horror to come is a laundry list of every proverbial haunting element: phantom footsteps, dark, mysterious figures, failed electric, crows, etc. There is literally not a single unique element here that sets this tale apart from the countless other titles in this genre. Sadly, even the CGI and special FX seem to be intentionally under-performed, creating a slow-moving cheesy pall across an already dying production.

With little to make it stand-out from any of the countless, thousands of other films that attempt to weave together all of Horror’s greatest-known characteristics, The Lost Tree was almost cursed from the start. With a script that leaves its main actor wandering in circles muttering, “This can’t be happening!” over and over again, viewers too will be left to scratch their heads, as well. Which is not to say that The Lost Tree is entirely unwatchable, it is not, but it is certainly no chair-jumping, boyfriend-clutching good time. For these reasons, CrypticRock give The Lost Tree 2.5 of 5 stars. 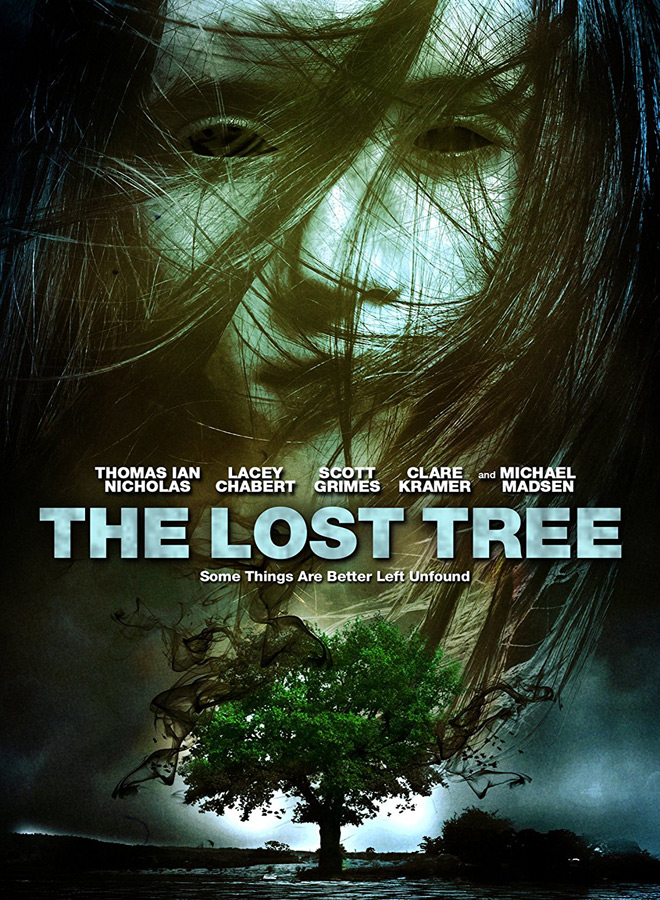