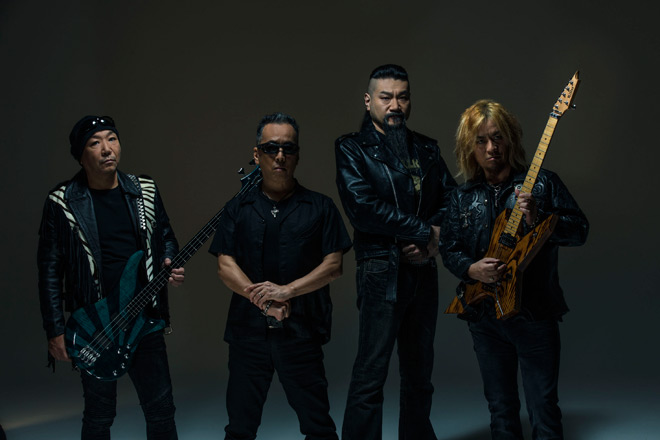 A faction truly spirited in the essence of Rock, Osaka, Japan’s Loudness have been tearing it up from the East ever since their beginnings back in 1981. Rising to the top of the charts, Loudness hit the big time in America with their fifth studio release – 1985’s Thunder in the East – as the beloved quartet became the first Japanese band to enter the Billboard U.S. Top 100 thanks to their biggest hit “Crazy Nights.”

A blazing effort, Rise to Glory kicks off dramatically with the mystical instrumental “8118.” Then, there is “Soul on Fire,” a passionate rocker. This cut portrays the best in what Rock-n-Roll is all about. In high gear, “I’m Still Alive” is a heavy, yet speedy track that really delivers the raw energy of the band at their best. Loaded with substance, “Go for Broke” hits the spot with a simple riff, coveting the underlying fundamentals in the heart of a great Rock tune.

Chasing the storm, “Massive Tornado” slams in an ambush of stalking, raunchy Metal splendor delivered vividly by Takasaki. Moving along, a second instrumental, “Kama Sutra,” is notably melodic and well written with a pleasing Arena Rock drum solo at the end. Doused in pure Rock grandeur, the title track, “Rise to Glory,” is a kicking tune, highlighted by a jamming breakdown and a guitar solo featuring the right touch of rapid and quintessential riffs.

Praying for peace, “Why and For Whom” – seemingly political – questions the actions of those in charge before “No Limits” takes over without boundaries. Thereafter, the song “Rain” offers a more somber, gloomy vibe alongside wistful lyrics which tell of a person desperately searching for tranquility. Not to be forgotten, “Until I See the Light” is wickedly steady and heavy before “The Voice” calls out for an answer that can only be found from within one’s self.

Culminating to the end, “Let’s All Rock” is a superb way to close out Rise to Glory as this ideal track is jam-packed with all the glitz, glam, and melody of a perfect guitar song and is much reminiscent of The Scorpions’ classic “The Zoo.”

The avant-garde of Heavy Metal in Japan, Loudness have sharply delivered yet another electrifying effort, as Rise to Glory will surely quench the thirst of fans all over the world. From the wildly zealous vocals of Niihara, to the awesome guitar chops of Takasaki, and the sound foundation of Yamashita and Suzuki, Loudness stands out as a band deeply committed to the virtuality and soul of what Heavy Metal music is in the purest form. Niihara comments, “The album cheers you up, makes you feels fresh,” and indeed it does!

A plus for fanatics in the U.S. and Europe, these versions of Rise to Glory will also include an bonus album – Samsara Flight – featuring thirteen classic Loudness tracks which were re-recorded in 2016 but only released in Japan until now. Even better, Loudness are planning to take on their most extensive tour since the 1980s and fans are anticipating an announcement coming soon. Top-notch, CrypticRock gives Rise to Glory 4 out of 5 stars. 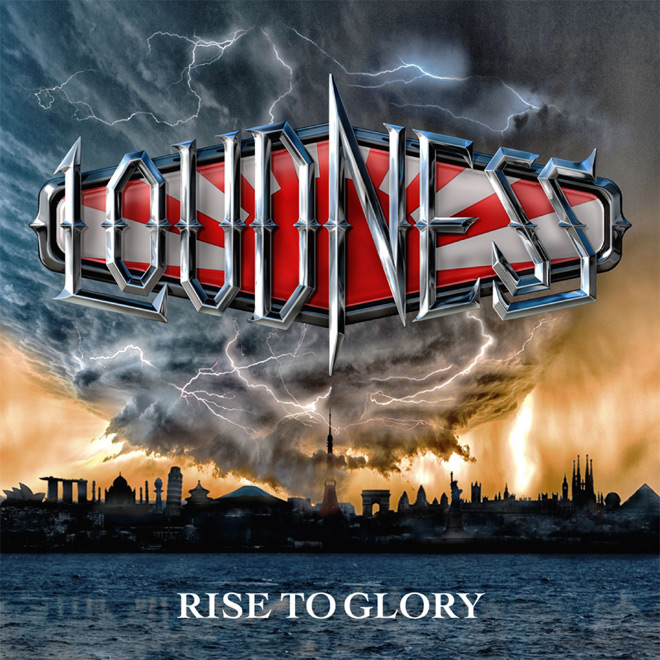