Louna – Behind A Mask (Album Review) 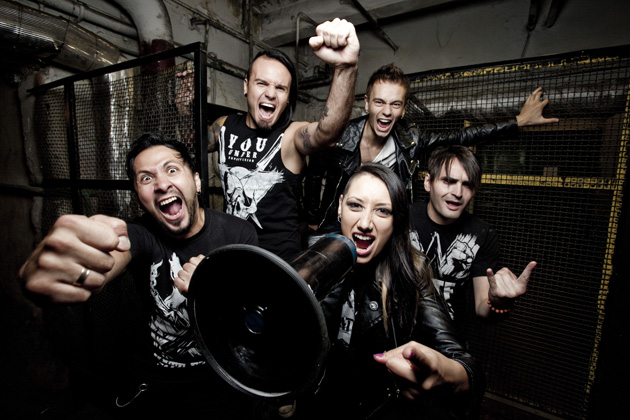 Moscow, Russia Rockers known to the music world as Louna are back and ready to rock hardcore holding nothing back. The band emerged onto the music scene in 2008 by the former members of the band Tracktor Bowling; Lousine Gevorkina and Vitaly Demidenko. Their debut album Let’s Get Louder, which was released in 2010, got many great reviews and only furthered this band to pursue their passion of music. Louna is comprised of band members Lousine Gevorkian (vocals), Vitaly Demidenko (bass), Rouben Kazariyan (guitar), Sergey Ponkratiev (guitar), and Leonid “Pilot” Kinzbursky (drums). With many credited awards to this band as well as many stand-out singles and two albums under them, they have released their latest album release entitled Behind A Mask.

The first track for the latest release is entitled “System Destroys” and it is a great opener, starting out with an ominous crowd chant making you feel as if you are front row at a Louna concert itself. The transitions in this song are put together flawlessly, going between rock and metal music. It is a beautiful combination mixed perfectly with the amazing vocalization skills from Lousine Gevorkian. The second track on the album is entitled “Fight Club” and it is a very energizing up beat song that comes out swinging right off the bat. It is a track that will surely get your blood pumping hard, heavy, and fast. The vocals in this song by Gevorkian are off of the chart, which makes for this song to be a great solid track. “Business” is not only the third track on this album but it is also the current lead single from the band as well. It shows exactly what this band is all about and that is showing true passion, energy, heart, and emotion into what they do. This song has some great mixes to it with some heavy bass, guitar, and drums that will certainly give the listener a real treat for the ears. It makes for a solid stand out song on the album and certainly deserves all right as being the lead single to front this album.

“My Rock N Roll” is the next track off of the album and it is a great song that will certainly blow you out of the water. This band delivers and takes you onto a roller coaster ride of your life with this song, helping you recall why you as a music fan started to love rock and roll, from beginning to end. Everything about this song is solid with some amazing vocals and great riffs throughout its entirety. The next track on the album will certainly get you clapping your hands in the air and make you get on your feet to have the time of your life. The track is called “Lets Get Louder” and it makes for an exceptional stand out track on this album. No doubt that this will be a fan favorite from the album and will be one that they will love to hear played. “Up There” takes things down a few notches but still makes for a true rock song from begging to end. It also really starts to take a life on its very own with the special ingredients that only this band can deliver. One special highlight about this song is that it allows Gevorkian to show just how far and high her vocal range can go. The next track on the album, “The End Of Peace”, is one of the more aggressive songs but makes for an intense rock song.

“Storming Heaven” is a song title that will bring out a ton of emotion from anyone, especially with that song title, and if you love action and emotion then you will love this song. This song makes for a great track with killer riffs and hooks that will immediately grab the listener’s attention. Once again the vocalization skills by Gevorkian are out of this world, especially in this song. The second to the last track on the album is entitled “Mama” and is a wonderful song that references all rock musicians through time. Not only does it reference musicians from the past till present day, but you will be able to hear Louna refer to bands that have influenced them.  This makes for a great insider view not only musically but personally from the band. It is a strong rock song from the very first note to the last note in the song. “Inside” is the last track on this album and it makes for yet another significant stand out song on this album. It incorporates the use of an acoustic guitar with vocals that will leave the listener speechless. Though it incorporates the use of an acoustic guitar, it does not mean that this band does not stick to their metal roots. It will no doubt become a song off of the album that fans will truly appreciate.

You hear a lot of people talk about how the metal music or rock music industry is dead or nonexistent these days. That is surely not the case when it comes to System Destroys from Louna, this band is one of the many great bands in the rock/metal genre that truly shows that the statement that “Metal or Rock is Dead” is certainly a lie. With this album the band delivers song after song with their own unique signature style and sound making it a creative piece that long time fans of metal and rock music, as well as newcomers, will hunger for more. Cryptic Rock gives this album 5 out of 5 stars! 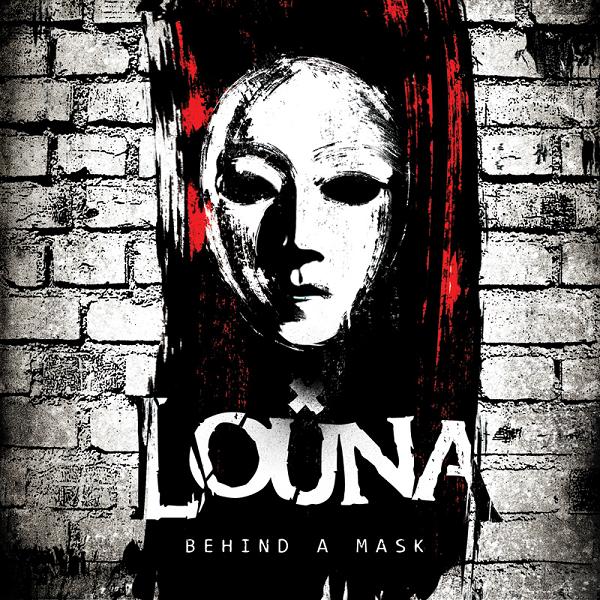