While many rightfully turn to The Beatles’ Paul McCartney and John Lennon as songwriters that defined a generation, one of Rock-n-Roll’s true unsung heroes is The Beach Boys’ Brian Wilson.  From Hawthorne, CA, Brian Wilson has become one of the most compelling stories in music history. Now in 2015, director/producer Bill Pohlad (Brokeback Mountain 2005, Into the Wild 2007) brings Brian Wilson’s story to life for audiences in the new film Love & Mercy. Taking its title from the song by the same name off of Brian’s debut 1988 solo album, the film is presented by production company River Road Entertainment in association with Roadside Attractions and Lionsgate. The film stars John Cusack (Say Anything… 1989, High Fidelity 2000) as a middle-aged Brian Wilson, Paul Dano (Little Miss Sunshine 2006, Looper 2012) as a young Brian Wilson, Elizabeth Banks (Zack and Miri Make a Porno 2008, The Hunger Games 2012) as Melinda Ledbetter, Paul Giamatti (Saving Private Ryan 1998, Cinderella Man 2005) as Dr. Eugene Landy, Jake Abel (Percy Jackson & the Olympians: The Lightning Thief 2010, I Am Number Four 2011) as Mike Love, Kenny Wormald (Clerks II 2006, Footloose 2011) as Dennis Wilson, Brett Davern (Beautiful Ohio 2006, Awkward. 2011)  as Carl Wilson, and  Max Schneider (Rags 2012, Crisis 2014) as Van Dyke Parks to name a few of the stellar cast. Centering around the tragic heartbreak of Brian Wilson’s internal and external struggles as a young adult, Love & Mercy is a film which gracefully glides back and forth through time to paint a vivid picture of his experiences. 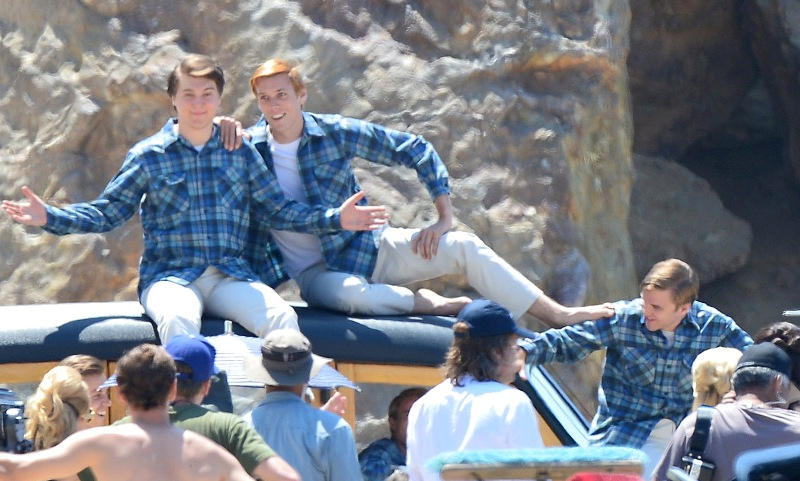 Picking up around 1965, four years after The Beach Boys had already established themselves as Pop Rock sensations with songs like “Surfin’ Safari,” “Surfin’ U.S.A.,”  “Surfer Girl,” “Fun, Fun, Fun,” and “California Girls,” among others, main songwriter/producer Brian Wilson decides he is not fit for life on the road anymore. Brian wants to concentrate on topping the band’s previous material with something bigger and better. Agreeing to let Brian do so, the band brings in Bruce Johnston to fill in for Brian as he conjures up ideas. Little did anyone know, Brian had big plans, and it was time for the songwriter to truly shine as he tapped into his deepest thoughts to create music. Eventually becoming known as the legendary Pet Sounds album, the audience is given chilling insight into the genius behind Brian as he intricately pours his soul into writing, composing, and recording the songs that make up the album. Blowing the musicians mind’s whom he is directing, to Brian’s disappointment, his father, Murry Wilson, and cousin as well as co-founding Beach Boy, Mike Love, show little to no support for his vision.

Flipping back and forth between Brian’s early life and the point in the 1980’s when he was under the care of Dr. Eugene Landy, recluse to his friends and a family, Brian appears in the worst mental shape ever. Clearly overly medicated by the so-called Dr. Landy, who has brainwashed Brian into believing he needs him to survive, Brian shows subconscious signs of life as he comes in contact with a compassionate Melinda Ledbetter. Melinda quickly sees right through Dr. Landy as he refuses to leave Brian and her alone at any time, and controls everything Brian does every step of his life. Heartbreaking to see, the audience is given a deep insight into this seemingly gentle-hearted man who is being manipulated, and most importantly killed slowly. 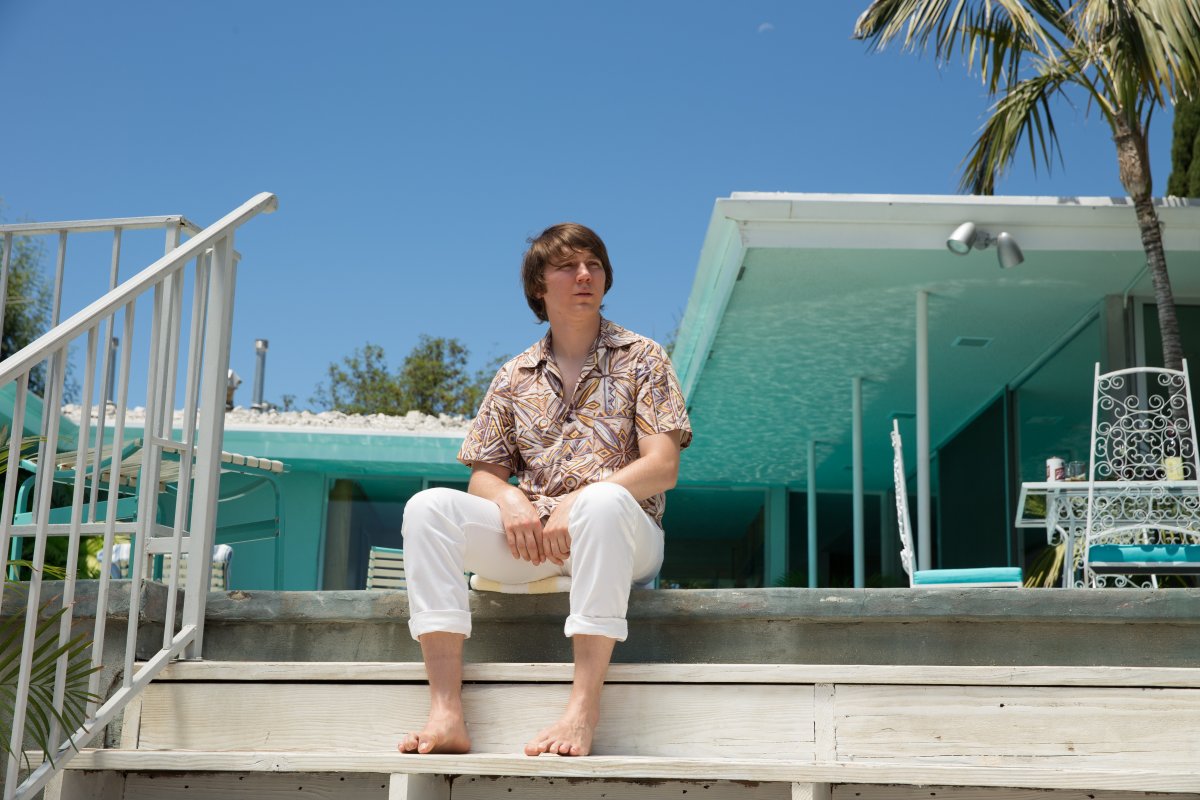 As Brian continues to find comfort and love within Ledbetter, the film continues to take trips back in time. Showing a very sensitive and passionate Brian while he is struggling to find support from the people he trusts most, matters only get worst for him as Pet Sounds is initially a commercial flop. Forcing Brian into believing he needs to just write Pop songs, he creates one of the best selling Beach Boys songs ever, “Good Vibrations.” Thankfully, not all of Brian’s genius is stripped of him as he does everything he can to leave his experimental mark on the songs the band records. Looking to stay the course and continue his journey into musical exploration, he comes up with the songs for what was suppose to be the album Smile. Again completely confused by Brian’s direction and vision, the band and label decide to scrap Brian’s work and re-write the songs, releasing the album in 1967, titling it Smiley Smile. Clearly eating away at Brian, his already fragile mental health begins to decline as the songwriter’s dreams are being crushed at every turn. Bringing the audience back to the more present state of Brian’s life, Melinda struggles to try and awaken Brian to what Dr. Landy is doing to him. Brian is so broken and drugged at this point, he just fears being institutionalized by the Doctor and losing Melinda forever.  Fortunately, Melinda does everything she can to help Brian, with the help of his housemaid Gloria (Diana Maria Riva: What Women Want 2000, 17 Again 2009), who also sees the monster Dr. Landy is, and thus saves his life.

Love & Mercy is a film executed perfectly from start to finish. There are no hiccups or confusing moments as the time settings flow back and forth with ease. It is an emotional film on so many levels as well. From the emotion portrayed by Danon and Cusack as Brian, to that of the music, and tragedy of watching a man being mentally used and abused. From the music stand point, the audience can connect and marvel at the genius Brian is as a song composer, and at certain points during the reenacted recording sessions in the film, chills will jolt down spines as well as take people’s breath away. The authenticity of the settings is unbelievable and many points will make the audience feel like they are there with the band in the recording studio. While the music is the positive side of the film, allowing it to steer clear of being completely a dark story, it is in fact the life of Wilson which is completely enthralling. 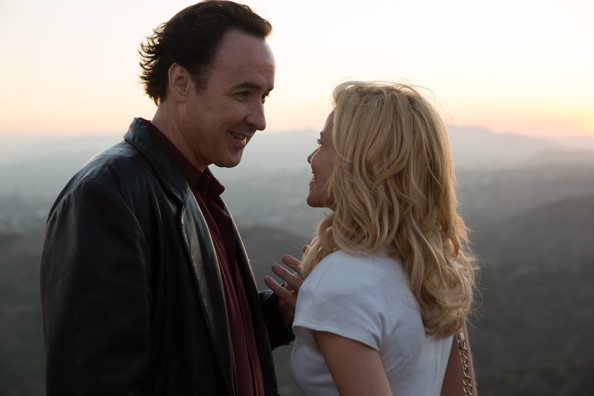 The wonderful thing about Love & Mercy is that it is based on true events of the man’s life, and as of 2015, Brian is still married to Melinda with five children, recently released a new solo album entitled No Pier Pressure, on tour, and most of all, is happy. Therefore, this story has a happy ending, for real. Anyone who consider themselves a lover of music, or anyone who loves a story about overcoming life’s hardships, needs to see Love & Mercy. This could very possibly be one of the best films of 2015, and do not be surprised if both Cusack and Danon are nominated for an Oscar for their roles. CrypticRock gives Love & Mercy 5 out of 5 stars. 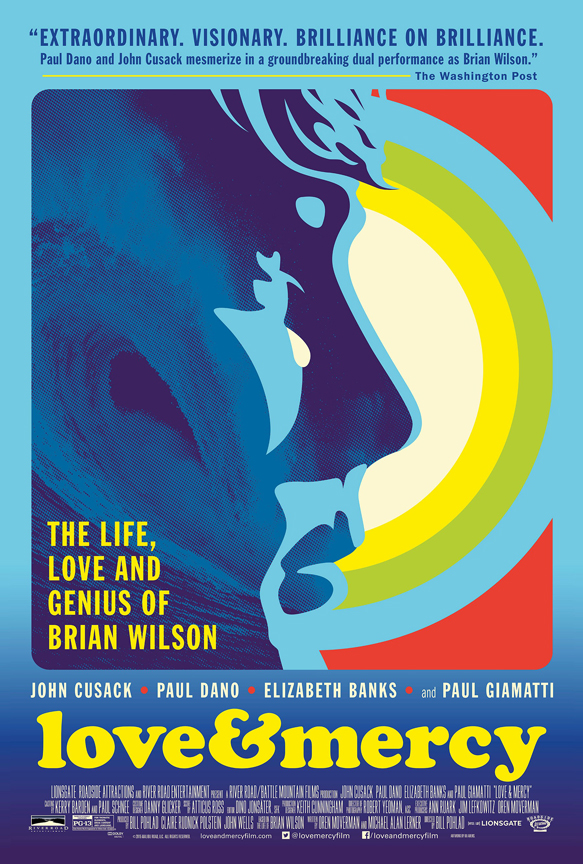