When people talk at length about aliens and their experiences with aliens, it is hard not to try to psychoanalyze them. Maybe you read some of the Diagnostic and Statistical Manual of Mental Disorders or you heard the word “schizoaffective” on television and so you set out to diagnose these people. Perhaps your first inclination is to believe them, because you have had encounters yourself and so at social events you enter echo chambers of comparable stories of saucers and orbs. 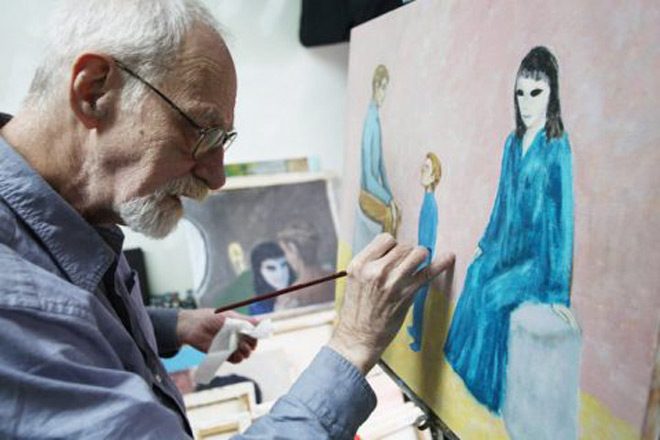 Regardless of your initial reaction to extraterrestrial claims, it is a contentious subject that people have argued both sides of for as long as we have known about the expanses beyond our exosphere. Love and Saucers is an eerie Documentary about one man and his chronicles of contact with aliens. It was produced by Curator Pictures and Perceive Think Act Films and shown at Ithaca Fantastik Film Festival 2017 in Ithaca, New York on November 4th, 2017.

Like his other films, Documentarian Brad Abrahams (On The Back Of A Tiger 2015, Swan Song Of The Skunk Ape 2015) continues showcasing a strong penchant for the weird with Love and Saucers, which follows 72-year-old, Hoboken, New Jersey Artist David Huggins as he recounts his lifetime of alien experiences from his childhood in Georgia all the way through to his late adulthood in New Jersey.

The film plays like a biography of a friendly and gentle man who lived and flourished alongside otherworldly beings. He is a prolific painter who, in his college years, is virtually commissioned by an alien to paint truthful portrayals of his experiences with them. Often graphically sexual, his Impressionist paintings tell beautiful stories of his various abductions and dreamlike rendezvous. They feature mantis-like aliens, hairy aliens, and female alien lovers, most depicted with an archetypal “gray with big black eyes” head, but also decidedly human bodies with breasts and vaginas. 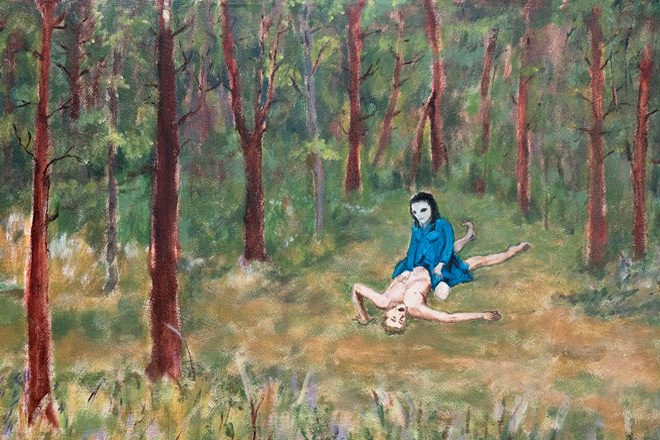 Admittedly, this sounds like Huggins is just a dirty old pervert with an E.T. fetish, but judging from his depiction in Love And Saucers, that could not be further from the truth. He is a friendly and doddering grandpa type and all of his stories are told without pretense. Never once does he seem predatory or creepy despite his hyper-sexual paintings; he is unabashed by their rawness.

He is an active and affable senior citizen with a simple job, a cool hobby, and a lifetime of stories that you want to believe. Toward the end, he even has his own gallery showing where, standing next to a life-size rendition of his alien girlfriend, Crescent, holding her bare breasts, he vividly and without shame regales sizable crowds with the arcane tales behind his paintings.

Content aside, the paintings show a masterful grasp of Impressionism and the human figure. Educated at an art academy, Huggins displays authentic talent as the audience watches his brush strokes and hears him plainly tell his, at times, very chilling stories. It is not “authentic talent for an old guy.” It is genuine skill. The narratives are told with aid from a Ken Burns-reminiscent zoom and pan on the paintings. The images are very subtly animated to boost the audience’s engagement with the unbelievable stories. 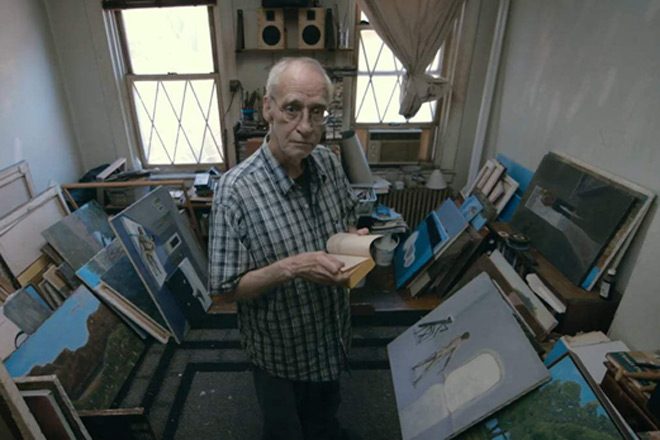 The music in the Documentary seems drawn directly from 1950s Science Fiction films. It is a high-toned pulse that airily oscillates through the stories. Strangely though, Huggins’ stories all seem to impart a sort of longing and love for his alien friends. He is not afraid of these beings, so eerie music only fits for the subject matter at large and does not feel appropriate to Huggins’ particular paradigm. Only when the stark visuals of his darker themed paintings pop into frame does the music fall creepily into place.

Whether you believe his outlandish saga or not, Huggins does not care. It is not for you. You can call him a nutjob or any other of a host of dismissive names, but the fact remains that his life is enriched by having known and loved these peculiar visitors, even if they only visited him in his mind. He has the paintings and his memories of love and escape. Even if it is all make believe, he believes it with everything he has and it sustains him. For shining a disquieting, yet fun, spotlight on an old artist, his odd friends, and out-of-this-world lovers, CrypticRock gives Love and Saucers 4 out of 5 objects in the sky that might be stars. 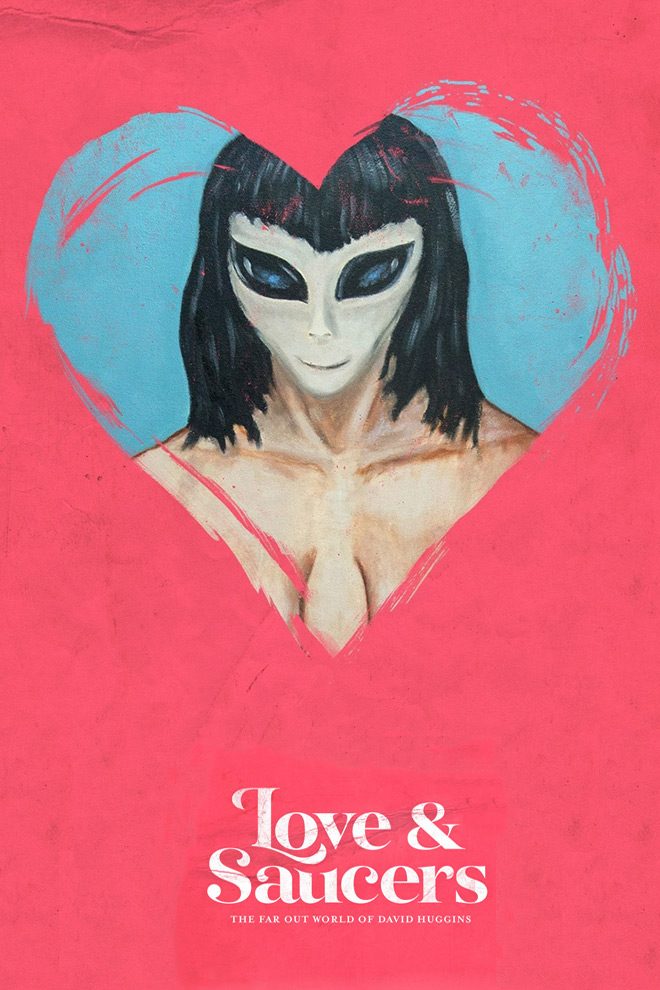