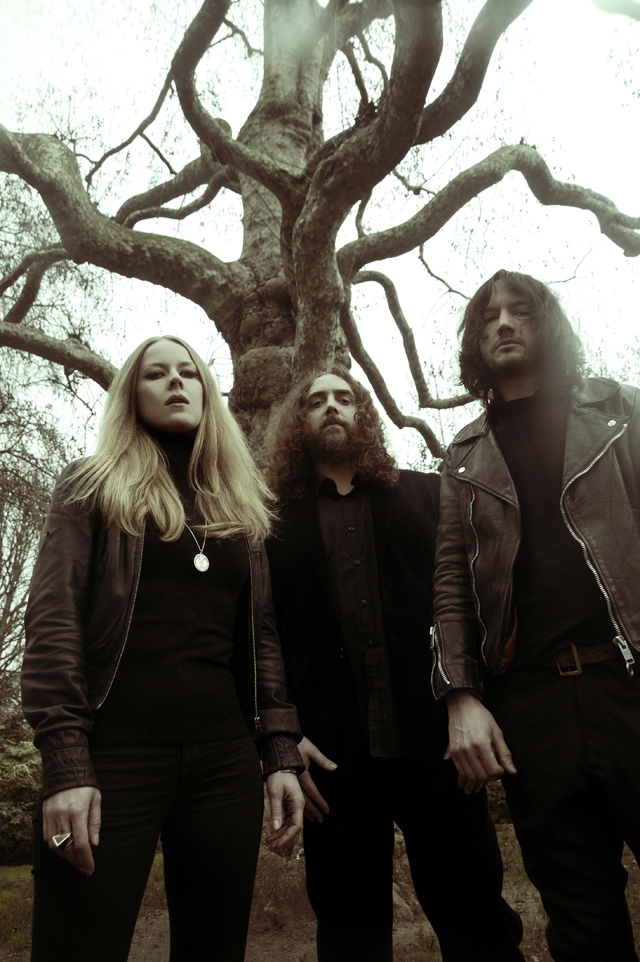 Lucifer rose out of the bowels of Hell from the ashes of The Oath; a band former frontwoman Johanna Sadonis and friend, Swedish guitarist Linnea Olsson of Sonic Ritual, founded in 2012. Dissolving after two years together following the release of a 7″ single, which earned them the title of “Band of the Week” by underground connoisseur Fenriz of Darkthrone, and their self-titled album last April, fans will have fond memories of the band’s short but adored time together. Assuring she was not going to fade away, Sadonis is now the mastermind behind the birth of the aforementioned Lucifer. With Sadonis at the helm on vocals, the rest of Lucifer’s coven consists of The Wizard on guitars, Dino Gollnick on bass, and The Oath holdover, Andrew Prestidge on drums.  Garry Jennings, a former member of the bands Cathedral and Death Penalty, serves as Lucifer’s co-writer and studio guitarist. Not bound by clichés that befall other bands, Lucifer still retains the groundwork of their forefathers; Black Sabbath, Deep Purple, Led Zeppelin and Blue Oyster Cult, while making the sound their own…Heavy Magic Rock, which “is the electrified essence of Rock ’n’ Roll.  Heartfelt and holistic.”  After the release of their debut single, “Anubis”, earlier in 2015, appetites were whetted for the band’s debut album, Lucifer I released on June 16th.

Lucifer I, an eight-track album, released on the Rise Above label, delves deep to scratch that itch of the listener’s darker psyche.  Take the first track, “Abracadabra,” where the drums kick in, the listener is taken and brought into a guitar riff as Sadonis’ vocals break in, singing of opening up to dark magic with the Hebrew word that means “it came to pass as it was spoken,” “There is no turning back/when you choose to say the word/abracadabra.”  Not missing a beat, the next track, “Purple Pyramid,” riffs right in with this grinding track as Sadonis sings an ode to the Great Sphinx of Giza, which has been reportedly thought to have originally been supposed to have Anubis’, the God of Necropolis, jackal/dog head carved instead of Amenemhet II’s head on a lion’s body, “Full moon to guide/me home tonight.”  Then there is “Izrael,” which slides in seamlessly with a slightly lighter tune, melodically, of more understated guitars, yet nonetheless just as biting, accompanied with driving drum work. Sadonis sings a seemingly tongue-in-cheek ode to Azrael, the archangel of death in Hebrew, Sikhism lore, and Islam, “Spread my wings/to carry you/I will set you free.”  Church is in session with church bells bringing in “Sabbath” as shredding guitars begin in a dark riff.  Sadonis sings of the annual meeting of the Devil’s covens, “Sabbath until I die.”

Keep the atmosphere flowing, “White Mountain” picks up where the prior track leaves off with Sadonis’ vocals alongside grinding guitars on her heels as she tells of a dark, but tranquil place, “Deep/dark/water.”  Lucifer’s allegiance is clearly stated in “Morning Star” as a thunderous intro gives an ominous segue to Sadonis’ biting guitar accompanied lyrics in this ode to the traditionalist Christian’s Latin term for Lucifer, “Unholy daughter/of the night/Morning Star/guide us through the day.” On the cut “Total Eclipse,” a hypnotic guitar intro plays throughout as Sadonis’ soothing vocals slide in, singing of the blood moon, “When the sun is rising/and the moon is full/with the black moon rising/to the total eclipse.”  A fitting end to Lucifer I is “Grave for Each One of Us,” which begins with a beautiful guitar intro accompanied by Sadonis’ melodic voice before the break into grinding riffs.  Sadonis’ vocals still retain the melodic tone, but with more menace in their matter-of-factness of the inevitability of death, “It comes to those who wait.”

The legacy of bands like Black Sabbath and Blue Oyster Cult is in good hands with Lucifer and their debut Lucifer I with a sound and feel of a female-led Black Sabbath, Sadonis’ vocal delivery and cadence much like Ozzy’s.  Lucifer will be on tour in support of Lucifer I from the end of July through September.  CrypticRock gives Lucifer I 5 of 5 stars. 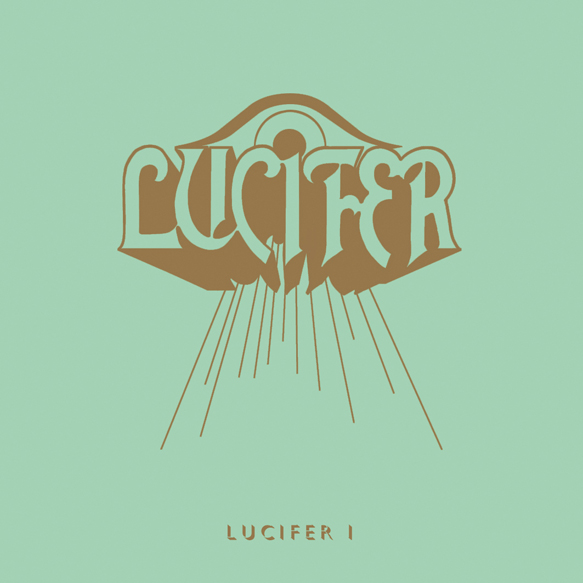