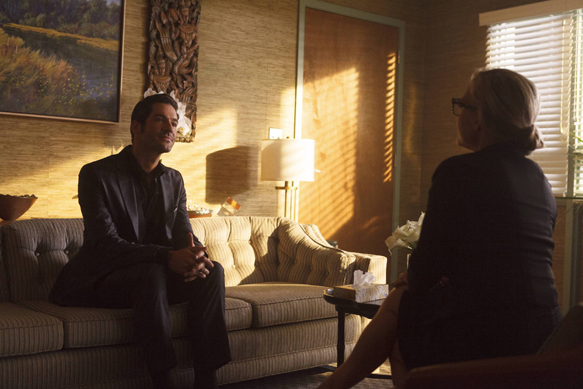 In Lucifer, Stay. Good Devil, therapist Linda Martin returns, this time appearing to be Lucifer’s regular lover as well as therapist to express his thoughts to. Not believing he is actually the devil, she plays along with a character she thinks he has created for himself, but interestingly her words explaining his feeling really are valid, thus making Lucifer question himself. This is an underlined concept throughout the episode as Mazikeen and the angel Amenadiel point out the changes in Lucifer since he came to earth.

Furthermore, Chloe is completely baffled that Lucifer took as many shots as he did from Jimmy Barnes, and after some research, finds Lucifer never existed five years earlier. Reiterating he has nothing to hide and he is the devil, Chloe is still in complete disbelief of his story. She then receives a call that a slimy paparazzo named Nick Hofmeister (Lost series, Justified series) has caused a fatal car accident that killed the son of a famous actor. The story of Nick and Chloe goes much deeper though. In fact, in her earlier days as an actress, Nick crashed her father’s funeral, information that Lucifer obtains from Nick after further persuasion without Chloe knowing. He realized that there is much more than meets the eye involved with this death. 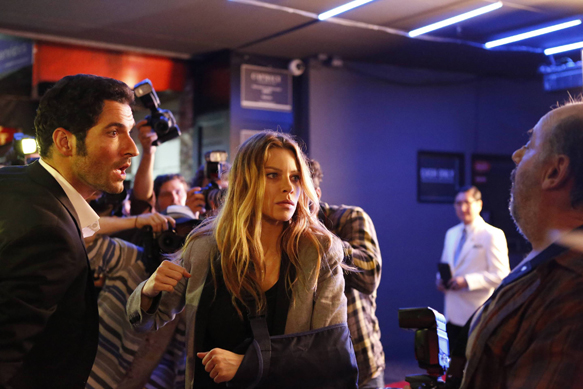 This discovering develops more empathy of Lucifer for Chloe and further develops his yearning to help her solve this new crime. That is when he and Chloe are hot on the trail of a young paprazzo named Josh Bryant (House of Wax 2005, Meet The Browns series) who was taken under the wing of Nick at early age. Nick, looking at Josh almost like a son, taught him the ins and outs of being the first to grab a photo, as well as the hustle behind it. Although, Nick’s soul has surfaced in more recent times and he realizes the errors of his ways in the past, learning to respect boundaries. As a result, Nick looks to take punishment for a crime he did not commit in the deadly car crash, taking the rap for Josh.

Lucifer, figuring all this out from his own puzzle solving is not at all remorseful to Nick or Josh, and wants them to suffer. Leading to an interesting scene where Lucifer turns Nick and Josh against one another, handing each a gun and allowing them to make the decision who will kill who, it is a rather intense exchange. Will Lucifer inevitably allow the two sinners to die at their own hands or will he develop a further understanding of forgiveness? 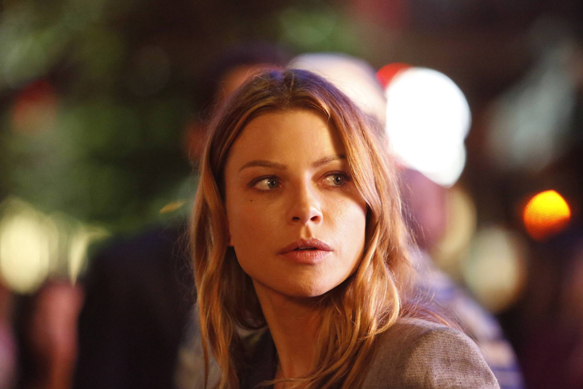 Lucifer, Stay. Good Devil  is an entertaining continuation of the series story. It is here it becomes much more clear that Lucifer is not what everyone, including himself, once thought. He comes to terms with the fact that he is changing, and rather than deny it anymore, he is relishing in the idea of it. Truly interesting to see this unravel before viewers’ very eyes, there is more to come as Chloe very well may be starting to open her eyes to who he really is. CrypticRock gives Lucifer, Stay. Good Devil 4 out of 5 stars. 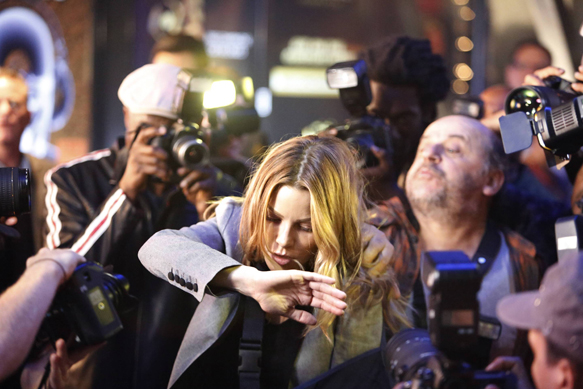 Stay tuned for Lucifer when The Would-Be Prince of Darkness airs February 8, 2016 at 9/8c on Fox