Fox’s series Lucifer continued on Monday, February 8th, with the new episode entitled The Would-Be Prince of Darkness. Directed by Louis Milito (CSI: Crime Scene Investigation series), and written by Jason Ning (The Expanse series, Perception series), along with Jenn Kao (Leverage series, Once Upon a Time in Wonderland series), the latest episode dives deeper into the changing perception of Mr. Lucifer Morningstar. 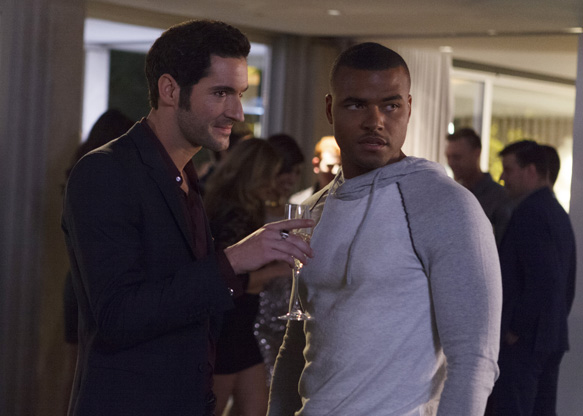 Picking up with Lucifer attending a grand house party of star quarterback Ty Huntley (Redaric Williams: Allegiance  2012, The Young and the Restless series), he would appear to be in glory with beautiful women and potential sin all around him. Chatting it up with Ty, Lucifer finds the young, attractive, talented football player to have high morals and even saving himself for marriage. Interested in the sincerity of Ty, in his natural persuasive matter, Lucifer talks him into picking a woman he would love to share the night with at the party and give into his desires. Naturally, Ty can not resist, thus finds a woman making eyes at him and makes his move. Lucifer is delighted to see Ty do so, but things end up taking a terrible turn for the worse the morning after. In the dawn, Ty comes to Lucifer, distressed that something awful has happened in the evening prior. It is soon revealed that the woman Ty shared the night with is floating face-down in his pool.

Of course, Lucifer has a sense if one is lying or not. With this talent, he sees Ty is innocent and opts to help him clear his name of the murder. Bringing in detective Decker, Ty’s house soon becomes a crime scene and all fingers quickly point toward him as the prime suspect in the murder. Lucifer, unwilling to let Ty take the fall for a crime he did not commit, surfaces and this interests Decker to see him caring so much. Reluctant to work with Lucifer again, Decker gives in and the two are again the unlike police team. With no real leads that go beyond Ty, Lucifer digs deeper and soon uncover there are a few more possible suspects in the murder of the girl. In the process, he discovers there is more than meets the eye with this mysterious girl who ended up at Ty’s party and exactly why she did. 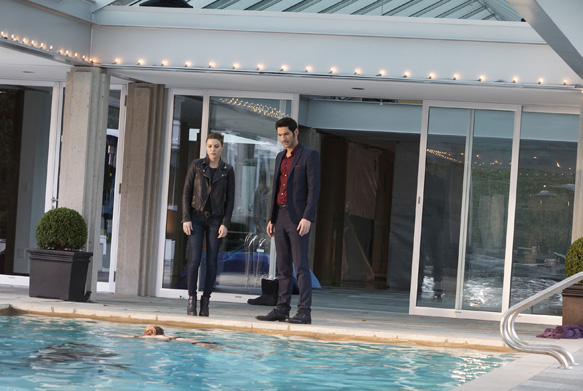 What is compelling about this new episode is the audience are really starting to see a change in Lucifer’s character. Normally, he would only opt to punish the guilty, but now it is becoming more clear he wants to seek justice for the innocent as well. In addition, it is evident he actually had the emotion of guilt for leading a good person, such as Ty, into a situation which could ruin his life. With the help of his therapist/regular lover Linda, Lucifer is finding out more about himself that he ever thought was possible, and honestly, is loving it.

On the other side of the coin, Decker is clearly becoming more comfortable with Lucifer’s constant need to interject himself into things, even while she is completely baffled by his intuitions and unnatural abilities. What is slowly beginning to mount in the series is a crime fighting team that could be unstoppable with Lucifer joining forces with Decker regularly. It will be very interesting to see how it all plays out as Lucifer digs deeper into what really interests him and how it effects his role in Heaven, Hell, and Earth. CrypticRock gives The Would-Be Prince of Darkness 4.5 out of 5 stars. 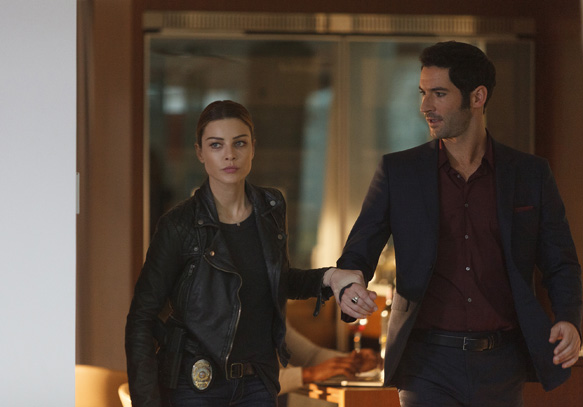 Stay tuned for Lucifer when Manly Whatnots airs February 15, 2016 at 9/8c on Fox