Since premiering on January 25th, Fox’s Lucifer has been a slow build of character and plot development. Through the first few episodes, the series gave viewers an idea of where the story was going while painting a picture of inviting characters in Lucifer Morningstar and Detective Chloe Decker. Leading into episode 5, Sweet Kicks, many viewers were yearning for the pace to pick up a bit in the series. Thankfully, for those which were patient, Lucifer has finally begun to catch fire following Favorite Son leading into Wingman, which aired Monday, March 7th. 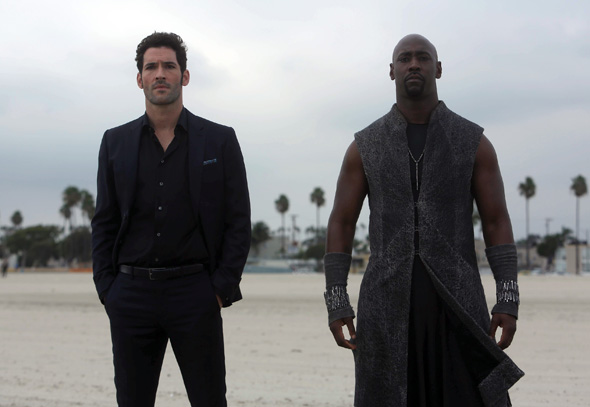 Written by Jason Ning (The Expanse series, Perception series), who co-wrote The Would-Be Prince of Darkness, Wingman picked up directly following the interesting closing of Favorite Son with the episode’s final moments releasing the big reveal that it was Lucifer’s wings which were in fact stolen. Determined to take back what is his, Lucifer turns to Chloe for assistance, only to find she is occupied with the Palmetto case; one of which an officer was gunned down mysteriously while Chloe is accusing him of being a dirty cop. Vilified by the rest of the police force, ex-husband, Dan Espinoza, is pleading with Chloe to drop the case, but determined to find the truth, she will not.

Chloe herself shockingly wants Lucifer’s help with her quest, but Lucifer, initially coming off self-centered, has no interest in helping. Looking for an honest outside opinion to help him find his wings, he goes to his brother Amenadiel. Amenadiel, determined to get Lucifer back to Hell where he belongs, questions why Lucifer cares so much about his wings if he was so vehement about leaving Hell in the first place. With Amenadiel reluctant to help his brother, Lucifer turns back to Chloe, this time agreeing to help her if she helps him. The only thing is, Chloe already teamed up with Dan, so for the first time in the series,all three are working together. 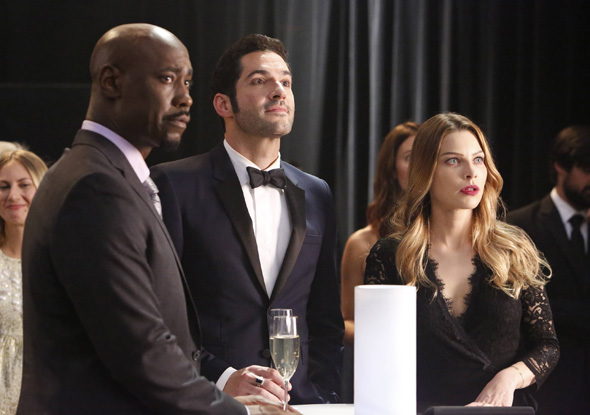 Meanwhile, while Chloe is figuring out the Palmetto case with Dan and Lucifer, news comes down that the APB she put out on his wings has a lead. It seems that a con-man, religious relics dealer, Carmen (Isiah Whitlock: 1408 2007, Enchanted 2007), has taken possession of Lucifer’s wings and plans to auction them off. Surprisingly, Amenadiel does eventually offer his help to Lucifer. Although, he claimed he is only doing so as his duty to get the wings back where they belong, and out of the hands of harms way with humanity. With the story heating up and the plot thickening, is Amenadiel’s intents much more manipulative than he claims?

Favorite Son was perhaps one of the most interesting episodes of Lucifer thus far, that was until Wingman aired and took the series to a whole new level of intrigue. The audience is starting to see Lucifer’s dead-set refusal to go back to Hell is real and having many of them questioning why he is so strongly against it. He exhibits he will not be taken by Amenadiel and in Wingman proves that he is perhaps more of a good guy than his brother. This is not to say Amenadiel does not have good intentions, it just appears Lucifer’s sincerity is much deeper. As far as Chloe, she finally is beginning to win over Dan’s support more and also trusting and confiding in Lucifer much more. With that all said, Lucifer has a bright future leading into Et Tu, Doctor? which premieres at 8/9 Central on Monday March 14th. CrypticRock gives Wingman 5 out of 5 stars. 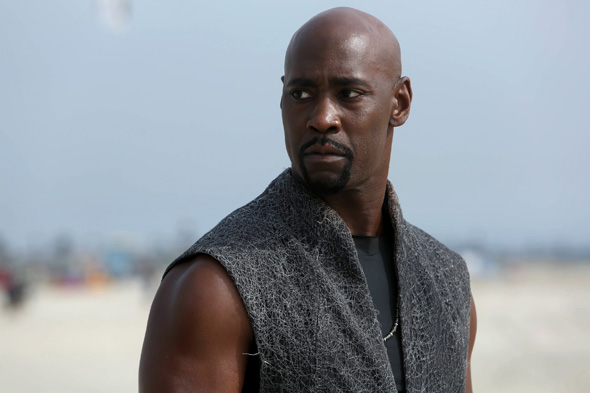