Since the surprise success of 1999’s The Blair Witch Project, and subsequent Paranormal Activity franchise, many filmmakers utilize the Found Footage, or webcam, to tell their stories. A great deal of them these days are run of the mill and cliche, relying on the same tricks and plot lines. However, latest Horror movie Luciferous is different from the rest. Making the film festival circuit through 2015, Luciferous was officially released on VOD in the USA as of April 5, 2016 starring a real family as themselves; Mahsa Ghorbankarimi (Da Vinci’s Demons TV series, Heroes Reborn TV series), her husband, Alexander Gorelick (The Devil’s Due 2011, The Desert Fish 2013), and their daughter, Mina Gorelick (Sesame Street: Which Foods Begin with the Letter P?). Along with putting themselves directly in the spotlight, Ghorbankarimi and Gorelick also wrote and directed the film. 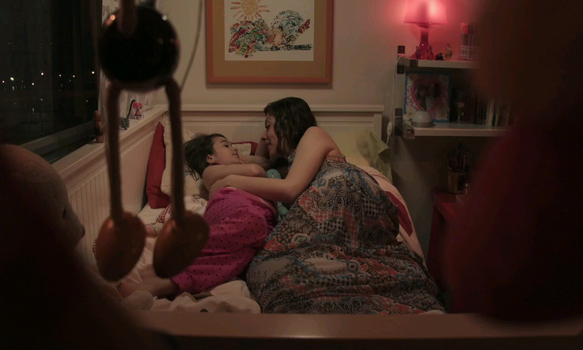 From the beginning of the story, nothing about the family’s lives hints at anything abnormal. They appear to be just like every other family in the western world, living in a high-rise apartment, going to work, and taking Mina to and from school. Alex is also a martial artist, and keeps fit by regularly running in the local woods. One day, like all the others before it, he runs through the woods. However, for unknown reasons, he falls and is badly injured, leaving him with many broken bones, including both legs. Upon his eventual release from the hospital, he is incapacitated and requires constant care from Mahsa. This places a strain on her, having to work and care for Alex as well as Mina.

Mahsa copes quite well despite the total change in their daily lives, knowing at some point Alex will recover. Initially, Alex adjusts and slowly beings the difficult process of physiotherapy and recovery. Day by day, his personality changes, he exhibits aggressive and unusual behavior. These changes increase, and he transforms into an angry, dark man. A string of disturbing events lead Mahsa to believe her and Mina are in danger from Alex, the man once the center of their universe who seems to harbor an unseen evil. Their whole world is quickly flipped and they find themselves in a nightmare without an escape. 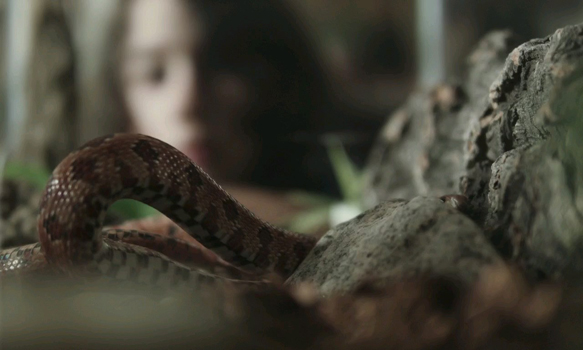 Luciferous is a slow-moving story, taking plenty of time in introducing the three main characters and establishing their relationship. By the time Alex shows signs of possession, the audience is deeply affected and unsettled. If this happens to such a normal, real family, can it happen to them? Using themselves is a stroke of genius, allowing them to use a great deal of footage of their everyday life and intersecting it with fiction. This gives it a completely natural feel throughout, and not once does a scene feel forced or the acting staged.

The cinematography by Mohammad Ghorbankarimi (John Wick 2014, American Gothic TV series), is simplistic, yet edgy. While there are not the jumping out, gory, or creepy special effects, there is enough tension and pace to keep the viewer on the edge of their seats regardless. It is more of a cerebral Horror than a typical Possession film, offering a totally different perspective. The gamble paid off, all three were awarded ‘Best Atmosphere in a Horror Feature Film’ in 2015 at the Independent Horror Movie Awards, with the film also receiving nominations for ‘Best Feature,’ ‘Best Sound,’ and ‘Best Scare.’ 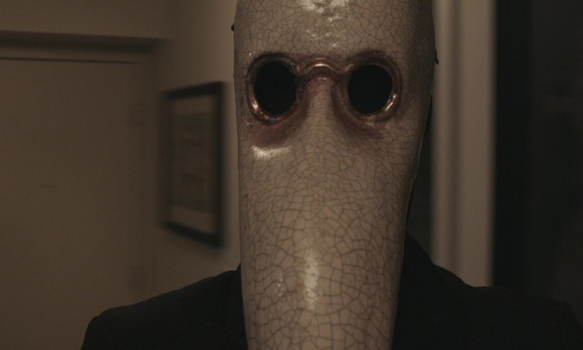 Some critics have argued the film is confusing, others argue that audiences simply have to look deeper. Either way, Ghorbankarimi and Gorelick are a formidable team and worth keeping an eye out for in the future. Well-worth watching, CrypticRock gives Luciferous 4 out of 5 stars. 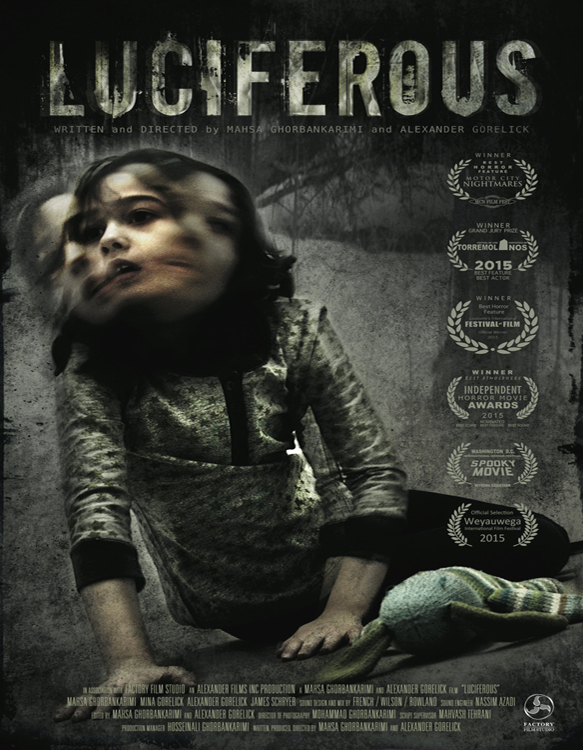