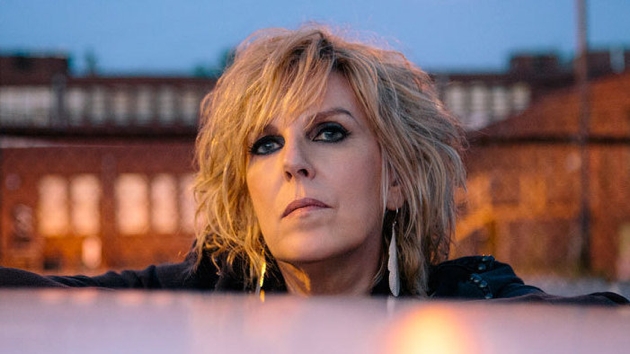 Singer- Songwriter Lucinda Williams has accomplished an iconic music career spanning over thirty-five years. Born in Lake Charles, Louisiana and raised by her father, who was a poet and literature professor, Williams moved around often in her youth. At six, Williams showed a pure love for music and writing, by twelve she was playing guitar, and  at seventeen she performed in Mexico City for the first time. When moving to Texas in her early twenties, she began to play a blend of Rock, Country, as well as Folk music in and around the Austin/Houston areas. It would not be until 1978, when she relocated to Jackson, Mississippi and get the opportunity to record her first album, entitled Ramblin, a cover album of Country and Blues songs. Two years later, she released Happy Woman Blues, her first album of original material. Unfortunately, both albums would not garner much attention.

Continuing to pursue her music, Williams decided to move to Los Angeles, California and started performing live. Backed by a Rock band, performing an acoustic set, she would start gaining an audience. Eight years since her last studio album, Williams would release her self-title album, Lucinda Williams, in 1988, and it would be her first to break into the charts. Interestingly enough, Mary Chapin Carpenter would record a song off the album, “Passionate Kisses,” and attained a hit single with it in 1993. This would wind up helping Williams win her first Grammy for Best Country Song in 1994. Now a name everyone knew, Williams would continue along with one highly charted album after another, beginning with 1998’s Gravel Road. Combining Rock, Blues, Americana,  and Country music, Williams had created a more unique commercial sound. What did not change was Williams’ trademark style and passion that helped carried her throughout life.

Now in the 2000s, Williams has put out five studio releases, one live album, and now, in 2016, unleashes her eleventh overall studio album, The Ghost of Highway 20. The title is inspired by Interstate 20, a 1500 mile road starting in South Carolina and ending in Texas. Williams has traveled this Interstate all her life, and with it holds and carries some of her fondest and heartbreaking memories. Williams used Interstate 20 as her muse for her latest release, stating,“It is literally a map of my life in a lot of ways…We were driving between shows and between cities, and I kept seeing things that brought me back to times and places in my past.”

From the very first song on the album, “Dust,” listeners will hear a vulnerable and brutally honest vocal performance from Williams. The song itself is developed around one of her late father’s poems. The music that accompanies Williams vocals are slow and free flowing but have a spark of hope from the beginning with a slow electric guitar soloing and steady drum beat. Then, “House of Earth” is a Folk-Rock song that starts off slow, but picks up later on. Williams’ voice is full of emotion, reminiscing about life as she asks the listener, or whomever she is addressing, to come to her to gain experience in living, feeling, and more. Starting off with a tropical island sounding music vibe, by possessing a steady drum beat, strumming guitars and bass, this upbeat tempo is a bit deceiving in its delivery at first.

Moving along, “I know all about it” has Williams speaking to a woman who remains unknown. Her words are a warning as Williams sings that she, “knows all about it;” the actions, clothes, and attitude this woman seems to be partaking in and it does not impress her because she has been down that road. Nothing is nicer than listening to a true Folk ballad, with a vocal beginning of “dummmm, deeee duuum” along strumming acoustic guitars, bass, and a sliding guitar solo playing in the background. One can almost feel the love and happiness coming out of the speakers. Thereafter, “Place in my heart” is a song that Williams speaks in general about loving someone who is not perfect in many ways and goes on to say the same thing about her. That although things might not always be great, one can work through the good and bad. That no matter what happens there is always space and a place in her heart for this man’s love.

Then there are two bold songs on The Ghosts of Highway 20. The first, “Death Came,” being a very melancholy sounding performance vocally and instrumentally. It is about missing a loved one and it deals with the concept of “death came and gave you his kiss,” and taking this person away from her and not knowing why. Meanwhile, “Doors of Heaven” is a Country-Rock based tune, and a little more upbeat in music and vocal nature. It is based on Williams being tired and wanting “them to open the doors and let her in.” She focuses on how she has tried to live a good life, but she cries all the time and wants to see her mother. She wants to be able to tell her story because “she wants to bath in the glory and tell everyone her story.” Musically approached differently, both tracks deal with the concept of death and dying.

The very next two tracks encompass what Williams had in mind when writing The Ghost of Highway 20 by truly taking a walk down memory lane. They are “Louisiana” and “Ghost of the Highway,” both beautifully written songs. “Louisiana,” of course, being the state Williams was born in, has her reminiscing about good and bad memories in an almost in the distance sounding vocal, and musical recording that makes the song come to life. Then, “Ghost of the Highway” is a song that has some haunting sounding vocals and music that goes hand in hand. It embraces the memories and knowing the Interstate 20 road, truck stops, gas stations, and countryside.

Jumping into a more Bluegrass, Country, and Americana type style, “Bitter Memory” features strumming electric guitars, bass, and solo breakdown. In many ways, it is the sort of song that one would want to dance to. However, it is a song regarding bad memories and wanting them to go away. It contains strength, and hope that Williams will get rid of these demons and move on. The next offering is a cover of Bruce Springsteen’s “Factory” from his 1978 album Darkness on the Edge of Town. A classic track that honors the hard-working man and the life he lives, Williams puts her own twist on the song, however, one cannot help but hear a hint of Springsteen in the cover. Bringing on a ballad, “Can’t Close the Door on Love” is about loving someone for who they are, faults and bad habits included. It resonates the idea, no matter how much someone makes one cry, they cannot just give up on love. By any other artist, the song may seem sarcastic, but Williams approach is brutally honest and beautiful in nature. With a bongo beginning, strumming guitar, and haunting vibe, “If My Love Could Kill” is a unique piece about getting robbed of time spent with someone by stating lines like, “If my love could kill, If my love could kill, I would kill this, I would kill this, destroyer of brilliance, destroyer of hope, invader of skin, invader of bone.”

With more Bluegrass and Folk influence, “If There’s a Heaven” is a track where Williams’ voice is melancholy. She states she knows hell, but not sure about heaven. A telling story, it is about the process of losing a loved one and not knowing if there is a heaven. Here, Williams wants to make sure there is a heaven, because if not, and her loved one passed, she would be heartbroken. Wrapping up The Ghosts of Highway 20 nicely is “Faith and Grace,” a track that embodies the albums free-spirited vibe. With the help of Jamaican hand drummer Ras Michael singing, it bring a haunting vibe to balance out Williams’ voice in the grand finale. 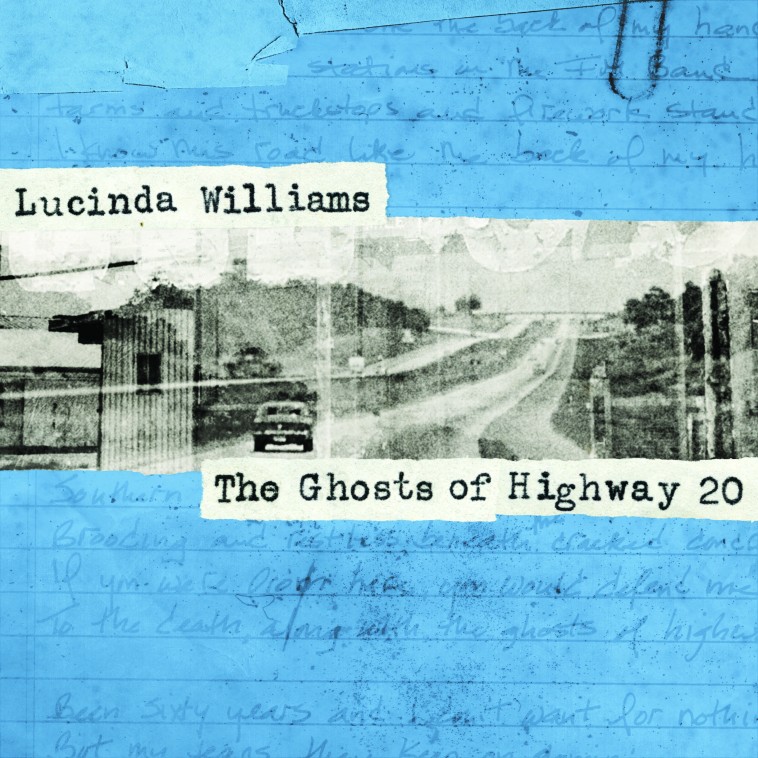