Lucy is the first woman to have evolved from the primordial soup. In evolutionary terms of species on Earth, as humans, we still only use ten percent of our brain capacity, while a dolphin uses twelve percent and has evolved a sonar system that is more efficient than anything man can create. Which raises the question, as humans, why we cannot access more of our brain? And what would happen if we could? 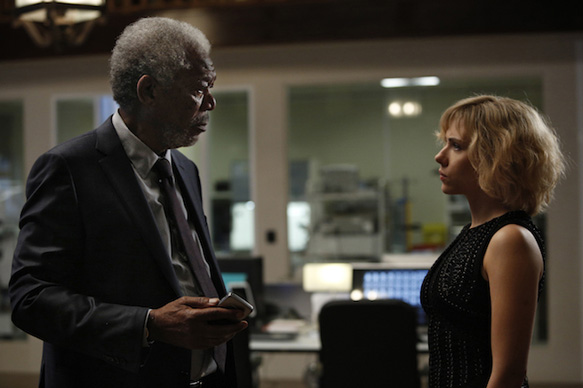 Lucy is the latest Science Fiction movie to be released by Universal Pictures (International) and EuropaCorp Distribution (France), is filmed around Europe, and includes some picturesque scenery as a backdrop to this box office success. Written and directed by the widely acclaimed Luc Besson who has been behind such films as Taken 1 and 2, The Family (2013), and stars A-List actors Morgan Freeman as Professor Samuel Norman and Scarlett Johansson as Lucy, in a role vastly different to her foray as Black Widow in the Marvel Avengers films. Lucy is a pretty young woman of average intelligence, who has been living and working in China. Lucy likes to party and started dating a man named Richard (Pilou Asbaek: Kapgang 2013, 1864 2014) around two weeks ago. Richard asks Lucy to meet him at a Hotel and requests that she goes inside and delivers a suitcase to a man named Mr. Jang (Choi Min-sik: Oldboy 2003, The Admiral: Roaring Currents 2014). Lucy is reluctant to do so and it is not until Richard handcuffs her to the suitcase that she has no choice but to complete the deal. 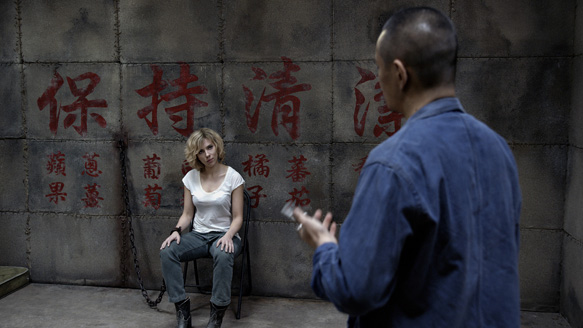 After shoving five hundred dollars into her pocket, Richard sends Lucy on her way. Almost as soon as Lucy announces her arrival, a group of large burly men grab her, shoot Richard, and take her to their boss. Mr. Jang is a ruthless uncaring gangster, and when he first meets Lucy he is wiping someone else’s blood off his hands as he steps over their bodies. Lucy is terrified, convinced that this will be the last thing she ever does, but little does she know that this is just the start of life changing events. Lucy is thrust into the world of drug trafficking and after waking from having a new drug CBH4 surgically implanted in her, Lucy is drugged and dragged to different locations, each holding a new danger for her. Lucy is badly beaten by one of her captors, which incongruently acts as the catalyst for the dramatic changes that happen to Lucy and subsequently, the way in which the world views evolution. The drug that was implanted into Lucy, and a handful of other kidnapped drug mules has been synthetically engineered to replicate a hormone that pregnant women produce when they are six weeks pregnant. This hormone acts as a nuclear bomb of sorts, that gives the fetus the energy to become a human being. When Lucy is beaten, the drug is released into her system, and what happens next is an incredible transformation.

The drug allows Lucy’s brain to systematically open itself from ten percent to a full one-hundred percent, and the viewer shares Lucy’s experiences as she goes through each stage. Initially, Lucy uses this power to mete out justice to the men who did this to her, but as she opens more of her brain, she realises how much she can actually achieve. Lucy’s brain discovers she cannot achieve all she wants to alone and she requests the help of Professor Norman (Freeman), and Police Sgt Pierre Del Rio (Amr Waked: Contagion 2011,Salmon Fishing in the Yemen 2011). Intersected throughout the movie are segments of Professor’s Norman’s lectures on the evolution of the human brain, which explains the process Lucy’s brain is going through. 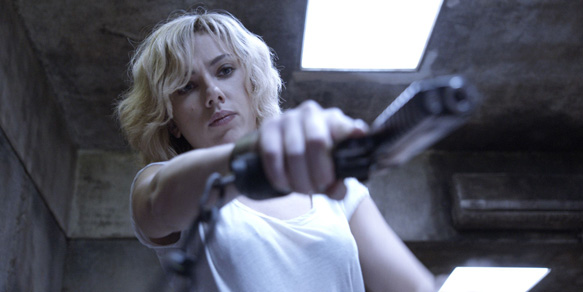 Lucy is a wise and profound movie, with an incredibly well-adept cast who handle the depth of the movie with ease. Lucy raises just as many questions about our future in terms of evolution as it answers. The special effects are seamlessand the suspense keeps the viewer glued to your seat. Lucy is an intelligent and innovative Science Fiction/Action film, that has enough to suit fans of not just Science Fiction but of great movie making. A must watch for all movie fans that like quality and calibre in their movie viewing. CrypticRock gives Lucy 5 out of 5 stars. 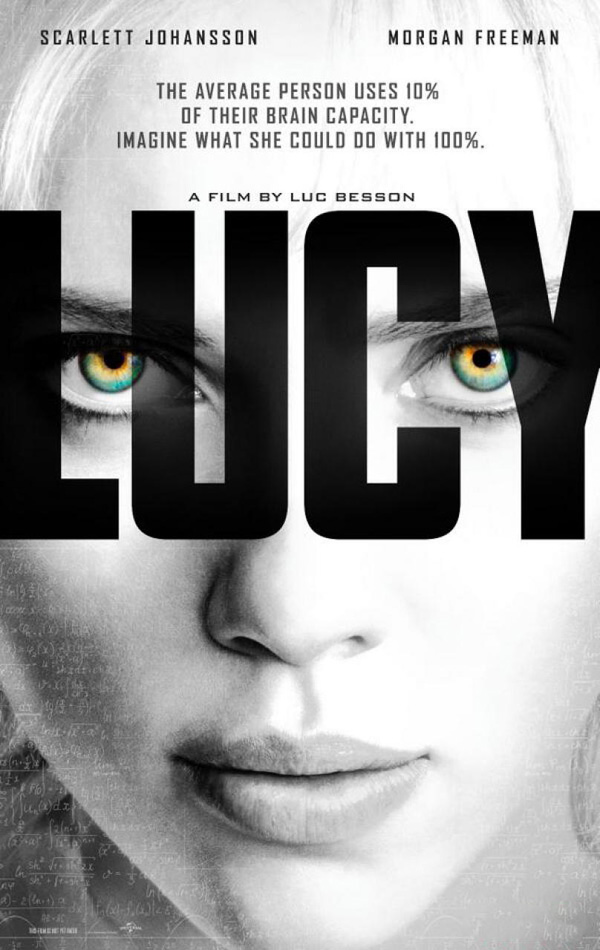 Pre-order Lucy on Blu-ray/DVD on Amazon