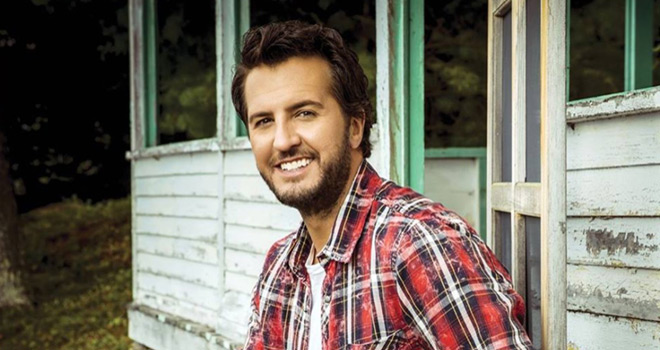 Put on your best boots, dust off your denim, and put that pick-up on the road to the South because we are getting together to discuss What Makes You Country, and Country mega-star Luke Bryan has a little something to offer on the topic Friday, December 8, 2017 thanks to Capitol Records Nashville.

If you have as many awards and nominations as Luke Bryan, you require very little introduction. A Country music superstar, Luke Bryan began his career in the mid-2000s, writing songs for other artists before releasing his first album, 2007’s I’ll Stay Me. What would follow would be four more albums over the next eight years: 2009’s Doin’ My Thing, 2011’s monumental success Tailgates & Tanlines, 2013’s massive commercial explosion of Crash My Party, and 2015’s equally impressive Kill the Lights.

Hit singles – from “Country Girl (Shake It for Me)” to “That’s My Kind of Night,” “Play It Again,” and “Roller Coaster” – tours with the likes of Tim McGraw, Jason Aldean, and Lady Antebellum, along with a die-hard fan-base have led Bryan to garner an endless list of accolades in his fairly short career, including the Academy of Country Music Awards (ACM) and Country Music Association Awards (CMA) “Entertainer of the Year” honors.

Now with the world at the end of his lure and fresh off his annual Farm Tour, Luke Bryan returns with his sixth studio release, What Makes You Country, produced by Jody Stevens (Cole Swindell, Luke Bryan) and Jeff Stevens (George Strait, Tim McGraw). The fifteen-song collection flies by at a rapid pace with succinct, catchy, largely upbeat offerings that will delight any of Bryan’s dedicated fans, though winning over new converts might be better saved for the future.

What Makes You Country kicks off to its namesake track, where Bryan confronts the hot-button issue of what exactly constitutes ‘country.’ Deliciously twangy guitars swirl around vocals that proclaim beat-up boots and dirt-covered denim, Sunday learnin’ and grabbin’ the gun to be high on this Country dude’s list. It is a catchy track, a sonic promise that despite us all being a little different, we’re ultimately still the same. It segues beautifully into the entrancing banjos that meander throughout “Out Of Nowhere Girl,” which allows Bryan’s vocals to take the spotlight on a story-telling jaunt through the bales of hay, dancing with a surprise visitor whose come from nowhere to delight the night.

First single/video “Light It Up” is a bespelling, midtempo tale that sees Bryan clutching his cellphone and wishing for a woman in red lipstick to come and light up his world, or vibrate the hell out of his back pocket. While it might be a little silly to hear a married father singing this slightly obsessive, nomophobia conjuring tale, it’s still darn catchy! Redeeming himself quickly, Bryan rolls into the gentle ballad “Most People Are Good,” the gospel according to Luke: a credit to mommas who deserve sainthood; kids being kids; loving who you love; and the fact that, despite our differences, most people are good at heart. Despite its simplicity, this is one of those songs that the world needs right at this very moment!

Gentle crooner “Sunrise, Sunburn, Sunset” is a consonance-filled, repetitive toe-tapper, while the simple sashay of “Bad Lovers” raises a toast to being, gasp, good lovers. Bryan then takes a note from his buddy Blake Shelton and starts “Drinking Again,” celebrating cold beer, long necks, Honky Tonk, as well as laughing and loving with friends. It’s past beer-thirty, so have another! While this Friday and Saturday night anthem is fun, Bryan’s best, most magical moments are the songs that he, himself, was involved in writing, such as “Land Of A Million Songs.” Passionate, soaring storytelling anchors a track that feels beautifully, emotionally sincere for this Nashville superstar.

Bryan tackles a torrid, personal affair on “Like You Say You Do,” where he details watching a friend mistreat his misses all the while wishing that he, Bryan, could treat that lady right. It’s a lovely little ditty that will make the ladies swoon, gently swaying their hips to the beautiful sentiments embedded in the tender track. It also serves as a gateway into “Hooked On It,” a celebration of summer in the South, fishing, ladies, long necks, and driving through the dust. Cycling back to the ladies, sludgy rock guitars permeate “She’s A Hot One,” a nod to the more sensual, Rock-n-Roll side of Bryan. Ah, those Country girls are going to shake it!

The darker, sensual dreaminess of “Hungover In A Hotel Room” features Songwriter Emily Weisband dueting with Bryan, adding a unique element to the collection and creating a definite stand-out track. It moves the album along toward a more sentimental moment, wherein a father sings to his little ones on “Pick It Up,” a thought that, perhaps, one day they will pick up dad’s guitar, spin a few chords, and learn something about their daddy along the way. Whatever the case, there is smiles and some toe-tapping melodies.

Putting his fate in his lady’s hands, Bryan dances into “Driving This Thing,” where he’s behind the wheel but the misses is definitely in-charge for the night. He then concludes the entire collection with the gentle, midtempo bouncer “Win Life,” a reminder to seize the day and not be afraid to drive through the roller coaster that is life. Sadly, there is not a single mention of catfish on What Makes You Country and Bryan, who truly does possess a phenomenal voice, never once soars close to the heights that he can easily achieve.

In truth, Bryan is always catchy, always a Country dream of dance-able licks and simple, sing-along lyrics. Unfortunately, this lyrical material is not always of the highest caliber, detracting somewhat from his enviable vocal talents. Which, in short, leaves a man with a million-dollar talent ponying up songs that are largely forgettable when he should be putting his shine on modern-day classics.

We all take some risks and not everything pays off, so while What Makes You Country is an enjoyable listen, it is not a ground-breaking, career-altering offering: it is predictable like a Georgia sunrise; a fun little dance in the dirt, but maybe not something that you will want to play again and again. For these reasons, CrypticRock gives Luke Bryan’s What Makes You Country 4 of 5 stars. 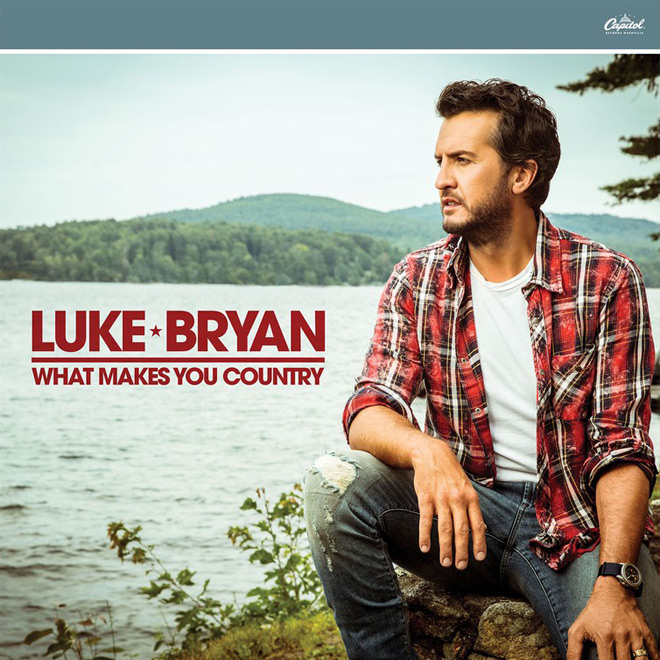 Purchase What Makes You Country: