Initially released in the winter of 2016, Lung, also known as Lung II, is not only written and directed by Phil Stevens (Flowers 2015) but he also takes center stage as the lead in this Black & White Independent film.

Available on VOD and DVD since March 14, 2017 thanks to Unearthed Films, Lung is more artistic than horrific. The mostly silent film is supported by a cast of unknown actors including David Chopping as a psychologist, Samantha Coppola as woman #2, Angela Jane as a nurse, Michael Kennedy as the last victim, Bryant W. Lohr Sr. as The Exile, and Colette Kenny Mckenna as woman #1. This is while Stevens takes the lead as an unknown identity. With a budget of barely $10,000, it is no wonder that Stevens also did the cinematography, the set, and art decoration as well, which is a normal when it comes to creative pieces like this. 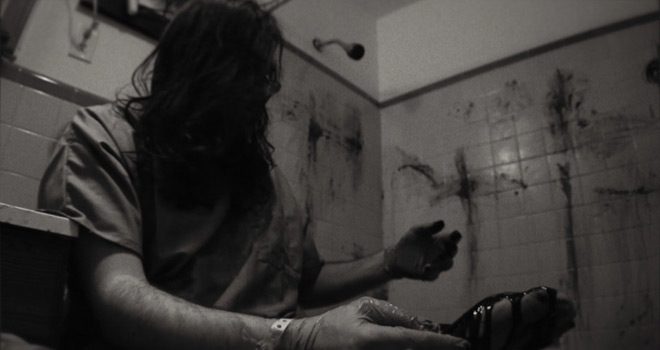 Clocking in at approximately 72 minutes, the opening of Lung is slow, with Stevens’ character waking up feeling disoriented. The setting looks like a recognizable location from any area with its shallow creek and tagged underpasses. At this point, the only sound being heard is the ongoing score which sets the tone for the entire feature with only subtle sounds of the environment to let the watcher know there is some element to the slowly progressing storyline.

From here, the tale follows the unnamed character through a tumultuous downward spiral. He seems to be a patient with a terrible mindset towards his surroundings and the environment around him. Scenes from the patient’s tormented past are cut with scenes from his walk towards salvation in the present. That said, the scenes are graphic in nature and it seems they are used to grab the viewer upon first glance. They are meant to leave chills down your back; even without vivid colors to lend to the scenes, the audio alone tells a tale. 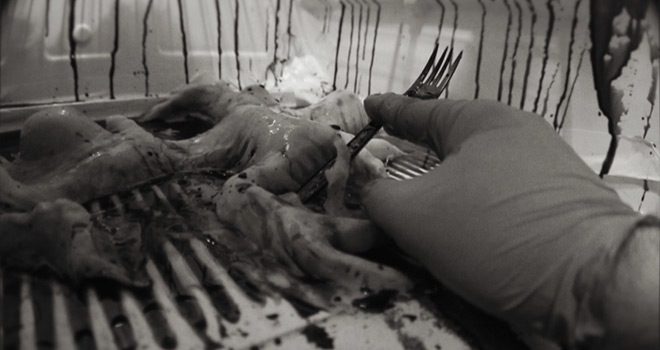 Even though most that enjoy Horror enjoy films graphic in nature, one scene in particular in Lung will no doubt torment the viewer. Mind you that this film seems to be made for the artist integrity which it wants to capture instead of the horrifying glimpses it seems to show the audience. So, with that being said, audiences will be exposed to a primitive mind through horrifying glimpses of what the lead wants you to think is his reality.

After the unknown lead takes viewers through a horrific wonderland of obscene moments, there seems to be no climactic high point. In fact, the same animalistic butcher scenes take place throughout the entire picture. No words are ever spoken. The body language seems to be less thought-provoking towards the end of the movie than it was at the beginning. 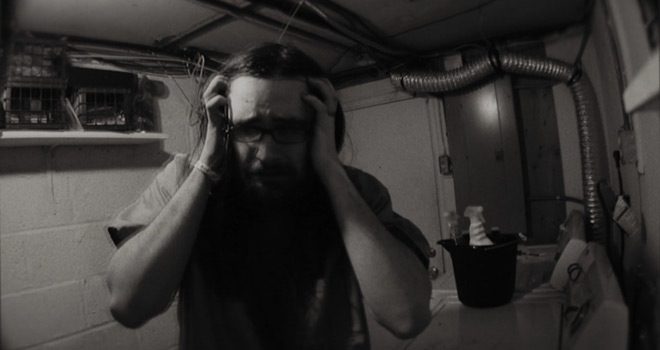 There have been films with very little or no monologues at all that have been cinematic masterpieces. Unfortunately, this one falls a bit short. A compelling watch, due to the lack of character progression and a weak plot, CrypticRock gives Lung 3 out 5 stars. 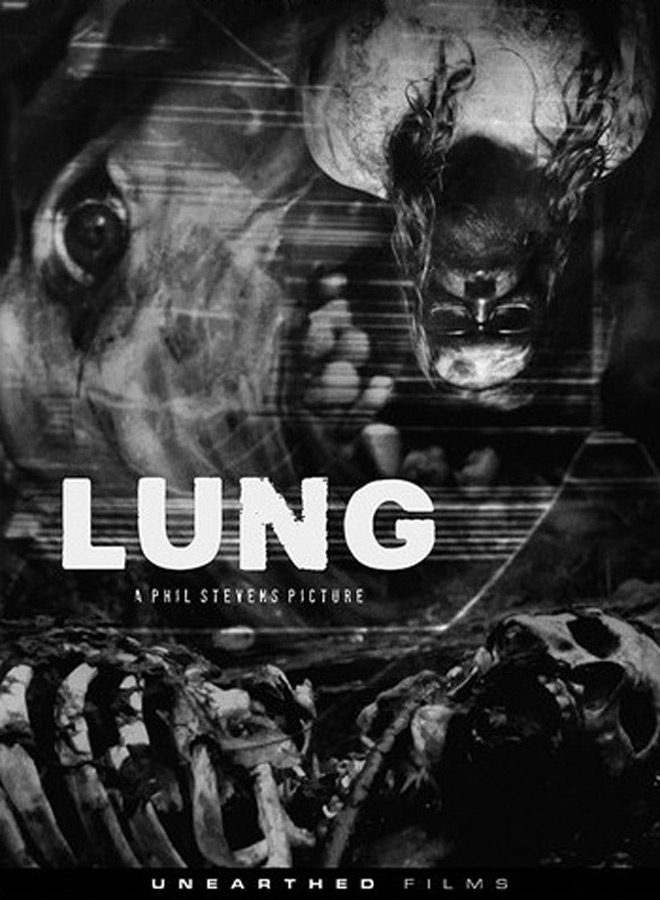