Mermaids can be a fishy subject but are rarely horrifying, that is, until now! With eel-like tails and piranha teeth, two lovely little ladies make a massive splash in The Lure, a genre-bending odyssey that was originally released on Christmas of 2015 in Poland. Since making its way to various festivals, and winning several awards, the film received a limited American theatrical release back in February of 2017 before finally finding its way to DVD/Blu-ray on Tuesday, October 10th thanks to The Criterion Collection. 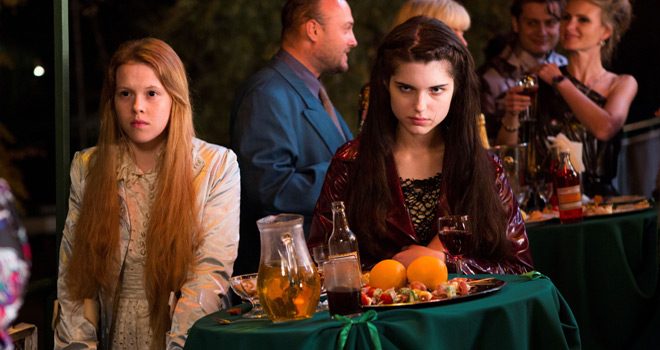 Krysia is quick to take the sisters under her wing, bringing them into the fold at the cabaret-style nightclub Adria and making them a part of the act. As The Lure, the sisters – who possess the gorgeously alluring siren’s call – dance and sing, and climb into a gigantic martini glass-cum-fishbowl to, ultimately, perform in their au natural state. As their act wows audiences and increases the club’s draw, the girls’ personal lives take two very different paths: Silver is falling in love, while Golden is lonesome and hungry.

Life becomes somewhat complicated when the dismembered pieces of an unknown male turn up along the shoreline – accompanied by “reptilian tracks” – and a female police officer (Katarzyna Herman: Floating Skyscrapers 2013, Demon 2015) sets her sights on Golden. Also stalking the brunette beauty is a somewhat ominous man known only as Triton (Marcin Kowalczyk: You Are God 2012, Hardkor Disko 2014), who turns out to be the vocalist in a local Punk Rock outfit, amongst possessing other dark secrets. 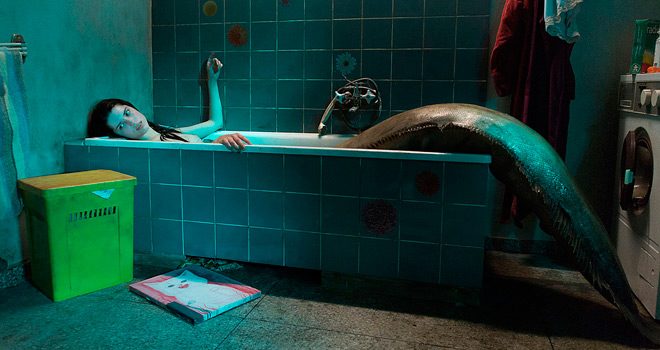 For Silver, life is complicated by human emotions and her own physical limitations, as it were. She is warned time and time again that, if she gives her heart to him and Mietek were to marry another, she will turn to sea foam and cease to exist. Furthermore, if she were to, say, give up her tail to become fully human, she would forfeit her voice and risk losing her career, as well as her sister’s love. As the sisters’ paths divert and the tension mounts, there will be blood, music, and tragedy.

Clocking in at 90 minutes, The Lure, aka Córki dancingu, is a feature-length debut for Director Agnieszka Smoczynska (Aria Diva 2007, Viva Maria! Documentary 2010) and was written by Robert Bolesto (Hardkor Disko 2014, The Last Family 2016). In Polish with English subtitles, The Lure should be perceived as a fully modern and decidedly obscure retelling of Hans Christian Andersen’s 1837 fairytale The Little Mermaid.

This version of the age-old tale, however, is a genre-bending ride that partakes of Drama, Horror, Musical, and Comedy elements; creating something that is entirely unique, deliciously ridiculous, and truly incomparable. Those who are curious, the end result here is something that incorporates elements of, say, 2008’s Mamma Mia!, 1995’s Showgirls, and 1984’s Splash, but with a pinch of dark, moody, Horror-type elements tossed in for good measure.

Considering that this is a feature-length debut for Smoczynska, expect brilliant things from this superbly-talented woman in the future. The Lure is beautifully vivid, artistic, haunting: the opening credits alone possess a wonderfully moody, illustrated art scene. Then there is the singing and dancing throughout the film: uplifting and such a joy, even when the characters are singing of loss and sadness. To introduce a musical component to any dramatic film is a huge risk: in this case it pays off in spades, adding a fabulous twist to the already unique storyline. 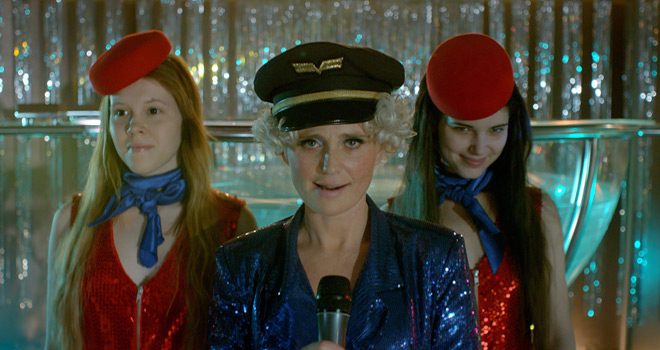 Clearly, to pull off such a complicated film with so many diverse elements, one requires a stellar ensemble cast, and The Lure never disappoints in this aspect. In the lead roles of Silver and Golden, Mazurek and Olszanska are beyond superb! No easy fete either, considering that the ladies spend much of their screen-time topless and/or donning massive, eel-like tails. Their ability to communicate their complicated characters, sing like angels, and dance like Popstars is commendable.

With fashion and props that seem to signal the 1970s – or at least, 1970s America – The Lure is a fun, somewhat nostalgic journey that, as stated previously, blends together a plethora of genres to create a wonderfully intriguing tale: dark, emotional, and with smatterings of blood, gore, and Greek mythology; this is not your little sister’s Disney flick. Kudos to Director Smoczynska and her splendid cast on creating a truly rare, modern gem where the hearts’ magnetism is the strongest siren’s call. Absolutely thrilled to finally witness a truly unique film in 2017, CrypticRock gives The Lure 4.5 of 5 stars. 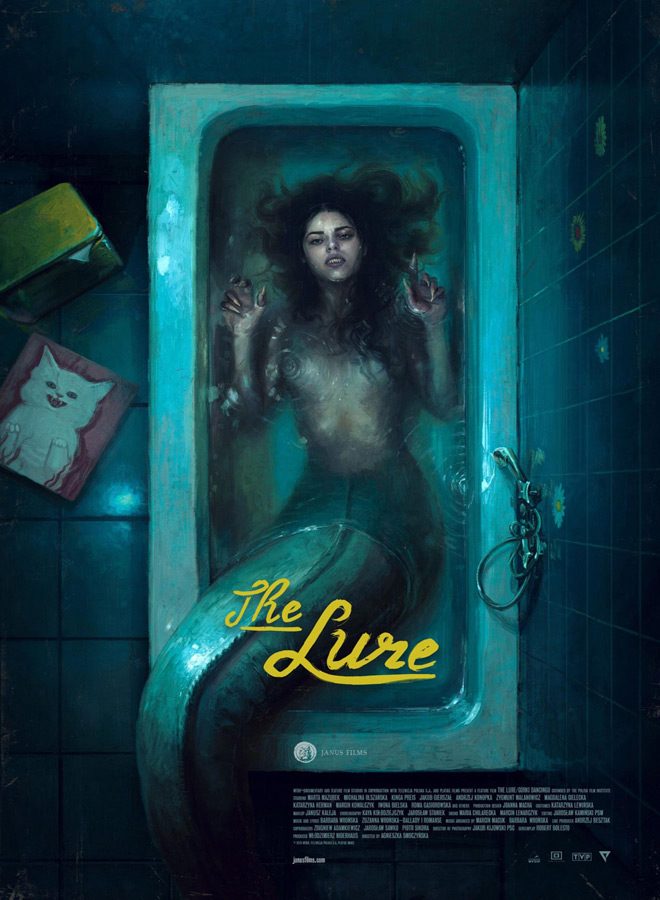