Deep in the woods of rural Georgia lies a hidden secret of the furriest kind. Bev Land’s full-length directorial debut, Lycan, embraces the urban legend of the Talbot County Werewolf, creating a brand-new Horror/Thriller film offering. The film opened in select U.S. theaters back on August 4th, though it gains a second-life through HD Digital, VOD, and DVD release on September 26th, thanks to Parade Deck Films and MVD Entertainment. 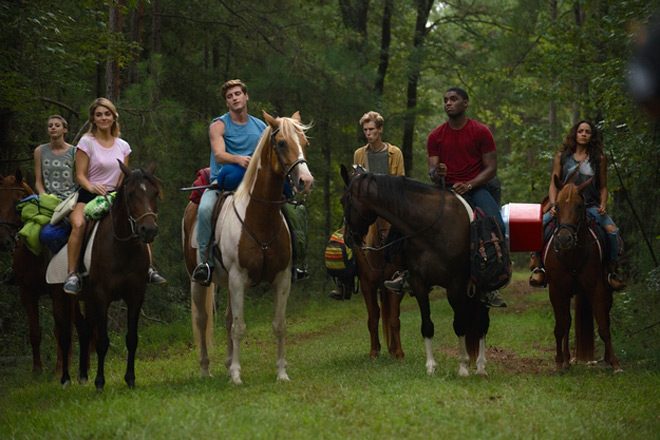 When a college history class is divided into assigned groups and asked to re-imagine history for a final research paper, the groan level in the classroom is on high. Slacker-filmmaker Kenny McKenzie (Parker Croft: Once Upon A Time series, Roadies series), debutante Blair Gordon (Rebekah Graf: My Roommate Sam series, Bro’ 2012), her sidekick Chrissy Miller (Kalia Prescott: The Hunger Games 2012, You’re The Worst series), and athletic heartthrob Blake Simpson (Jake Lockett: Hawaii Five-O series, Transpecos 2016) seem a fairly-predictable foursome. Though goody two-shoes Irving Robinson (Craig Tate: 12 Years A Slave 2013, USS Indianapolis: Men of Courage 2016) is unamused with his inclusion in this quartet, and all are even less enthralled with the idea of working with the class outcast, wild-card Isabella Cruz (Dania Ramirez: X-Men: The Last Stand 2006, Once Upon A Time series).

As the mismatched sextet come together at the local library, it is quickly proposed that they tackle the urban legend of Emily Burt, the Talbot County Werewolf. Conveniently, the former Burt homestead borders the property where Cruz now lives along with her benefactor, the wealthy Ms. Fields (Gail O’Grady: Deuce Bigalow: Male Gigolo 1995, NYPD Blue series). When the group set out into the woods on horseback to locate Burt’s gravestone and investigate the legend hands-on, the situation will quickly devolve into a gruesome camping trip gone horribly astray. 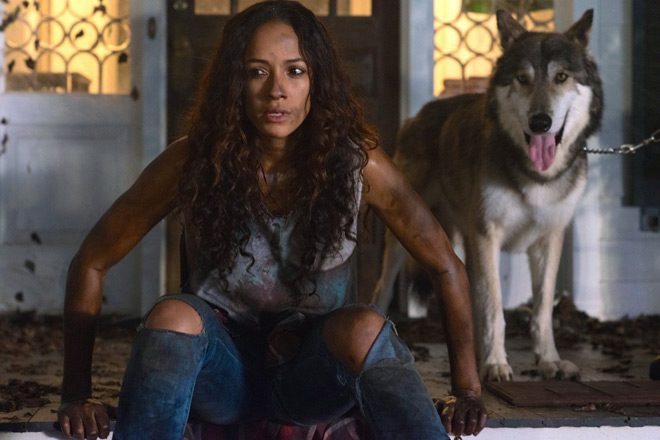 Lycan was directed by Bev Land (What Are the Odds short 2004), written by Land and Michael Mordler, a still photographer, and clocks in at approximately 87 minutes. All the typical teen movie tropes are represented here, from the rich brat to the straight-A student, cute jock, stoner, and the loner. As if to prove that Land and Mordler were targeting a younger demographic, there is even a reference to the John Hughes’ 1984 classic Sixteen Candles. Admittedly, Lockett as Blake is eerily similar in look to that films’ heartthrob, Jake (Michael Schoeffling).

While Lycan’s humor is decidedly trapped amongst that 13-17 demographic, it does not fall entirely flat. In fact, it is hard not to snort when, in one scene, the group pool their collective resources only to discover that they will have to survive with simply a lighter, some feminine hygiene products, chocolate, a condom, drugs, and a pen. (MacGyver, where art thou?) The key, of course, in any humorous or horrific situation is the delivery, and there is a wide display of acting talents throughout this ensemble cast – from the good (Ramirez as Cruz, Lockett as Simpson, and Tate as Robinson) to the decidedly weak (Graf as Gordon, Prescott as Miller). The end result serves to highlight the talents of Ramirez – who tackles the lunatic bipolarity of her character beautifully – and Tate – who is wholly polished and decidedly fun in his dynamic role – proving that both of these performers have lengthy careers ahead of them. 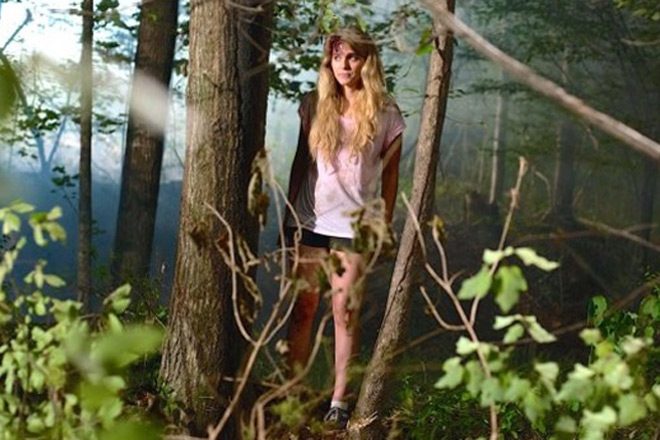 Lycan is watchable, if a bit banal as far as werewolf films go: while it does traffic in predictability, it never feels forced or wholly ridiculous. A sincere effort that contains some lovely scenery, a beautifully ominous soundtrack, several stellar actors, and somewhat of a psychological twist, Lycan is a hair-raising spin on an age-old tale of furry fury. For these reasons, CrypticRock give Lycan 3 of 5 stars. 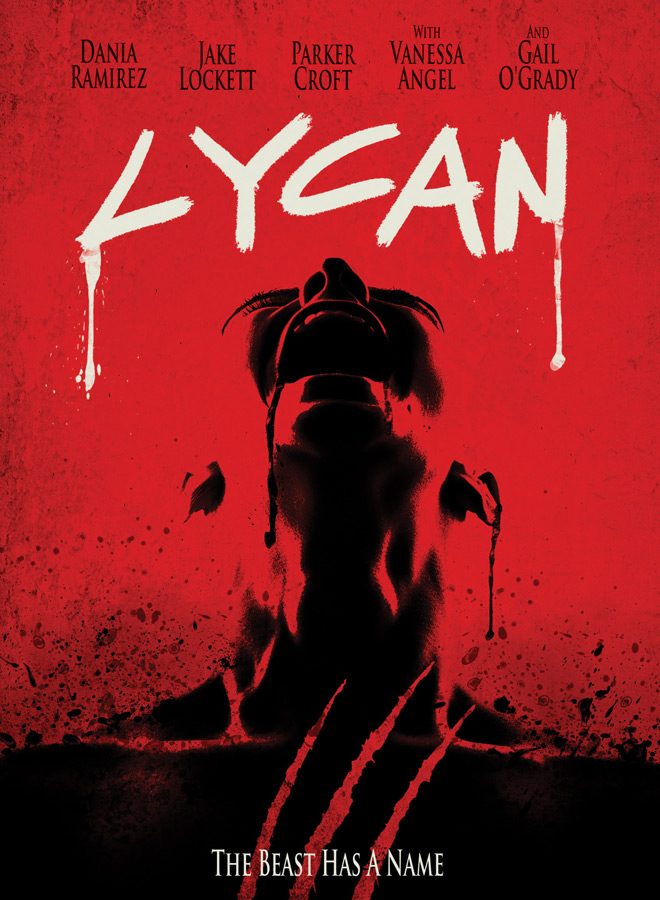