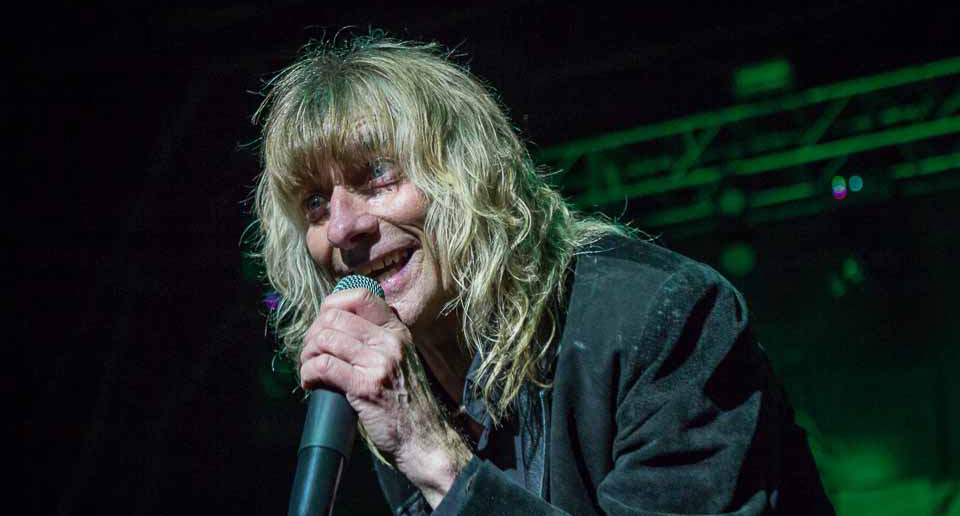 Rock music festival season is upon us, and what is a better way to kick it off on the US east coast than the M3 Rock Festival.  Held in Columbia, MD, the festival is now celebrating its six year of hosting some of the 1980’s best glam rock and heavy metal.  With two non-overlapping stages, each year allows the festival to enjoy each and every band fully.  After growing into a two day format in the earlier years of the festival, this 2014 rock party kicked off on Friday April 25th and concluded on Saturday April 26th.

Held at Merriweather Post Pavilion, each year simply adds to the fun with this venue opening its doors in 1967 and being ranked the fourth best amphitheater in the USA according to Rolling Stone Magazine in 2013.  Having a rich history of rock-n-roll, the theater has had the likes of Jimi Hendrix, Led Zeppelin, Janis Joplin, and The Who grace its stage over the years.  This year’s M3 Festival line-up adds more names to the history books with a line-up of  Kix, Extreme, Lita Ford, Winger, and Bad Seed Rising on Friday night, with Tesla, Night Ranger, Sebastian Bach, Queensryche, Slaughter, Stryper, LA Guns, Jack Russell’s Great White, Keel, Autograph, Jake E. Lee’s Red Dragon Cartel, Femme Fatale, John Corabi and Heaven’s Edge on Saturday.  People started lining up to enter the Pavilion hours before the festival was even scheduled to kick-off; at 5:30 PM they were eager to get the best spots on the lawn or get first crack at the best t-shirts and accessories at the merch stands of each band.

Just as the music was about to start, so did the rain.  That did not put a damper on the spirits of this crowd as they stood fast and opening band Bad Seed Rising took the stage.  Ranging from 10 to 14 years of age, the band is a bright talented group of musicians which have been getting a taste of rock-n-roll stardom over the past few years.  Having played with acts such as Three Doors Down and Daughtry, they are showing rock fans why they are worth checking out.  Playing some hard hitting gritty rock-n-roll, the band had their home town crowd of Maryland applauding often and loud.  Their new EP Charm City was released April 15th via Roadrunner Records and is recommended listening.

As the rain began to intensify, Winger stormed onto the stage with high energy rock.  Back together now since 2001 since their initial break-up in 1994, Winger has toured steadily and continued to put out new albums.  Their most recent album titled Better Days Comin’, released a mere few days before M3, merely added to the excitement of Kip Winger, Reb Beach, Rod Morgenstein, and John Roth for the performance.  Performing a set of all their hits, along with some of the new songs, gave the audience everything they wanted and more.

Heavy metal queen, Lita Ford, was up next to the stage.  After the buzz stirring performance of Lita Ford and Cherrie Currie performing on stage in September 2013 at the Malibu Music Awards, “Cherry Bomb” fans wonder if a Runaways reunion is in the cards.  While it is just dreams and rumors spread by fans right now, one thing is certain, and that is a reunion between the members would be welcomed.  As Ford took the stage in front at Merriweather Pavilion, she quickly announced “The Bitch is Back” and rolled through her hits exciting the crowd.  Ford sounded as strong as ever on guitar and vocals as her performance went on, and then Maryland was in for a big treat when she brought Currie onto the stage to rock a couple of Runaways tunes.  Regardless if there will be a Runaways reunion or not, it is still wonderful to see Ford and Currie working together again and it will be exciting to see Ford release new solo material in the future.

Fittingly on stage, the soundtrack in between acts was piano featuring the sound of rain and thunder which magically seemed to fright off the rain from falling.  That is when the Massachusetts based Extreme took the stage.  Coming to fame in the 1980’s, Extreme reached the pinnacle of their success in 1990 with the multi-platinum album Pornograffitti.  Taking a break from the band in 1996, Extreme had a few mini reunions scattered throughout the earlier 2000’s before officially reuniting with Gary Cherone, Nuno Bettencourt, and Pat Badger in 2007 with Kevin Figueiredo on drums.  Releasing their first studio album in thirteen years back in 2008, titled Saudades de Rock, let fans know they were back.  Having not performed with Bettencourt in a few years due to his touring with Rihanna, fans were clamoring to see the band together on stage.

The band came out filled with enthusiasm, playing all the greats from their first album to their last album.   Cherone’s voice did not waver as Bettencourt’s chops and leads on guitar were as amazing as ever.  Steam-rolling through the set, things finally slowed down when they began “More Than Words” and the crowd responded with singing along word for word, echoing from the front to the back of the lawn.  Extreme is a band which continues to show they are a band the fans want. They now head out on a world tour going to Japan and Europe.

After rocking and rolling with a stellar line-up of bands through the night, it was time for Maryland hometown heroes Kix.  Known as a fun and electrifying band, Kix has been touring together again consistently since 2003. Now with a new record label, the band is set to release their first studio album in nineteen years this summer.  With a line-up of  Brian “Damage” Forsythe, Steve Whiteman, Jimmy “Chocolate” Chalfant, Ronnie “10/10” Younkins, and Mark Schenker, Kix was prime to explode.

Opening up the performance with new song “Can’t Stop The Show”, the band had the crowd standing up and moving around.  Old classics like “No Ring Around Rosie” and “The Itch” sounded like new as Whiteman gave everything he had on vocals.  The party was non-stop and Kix even broke out “Love Me With Your Top Down” mixed in with more new songs that sounded as strong as their older tunes.  Watching the band perform the new material on stage had everyone even more excited for the release of the new album.  While the entire performance was solid from start to finish, some highlights included the heart-wrenching “Don’t Close Your Eyes”, “Cold Blood”, “Blow My Fuse”, and the stellar encore of “Midnight Dynamite” and “Yeah Yeah Yeah”.

Kix continue to rock with passion and dedication after all these years.  Their closing set at M3 Festival’s first day was superb along with each band before.  As fans exited the grounds, all that could be heard was positive exchanges about the show and how everyone could not wait until the next day for two stages of non-stop rock-n-roll heaven.