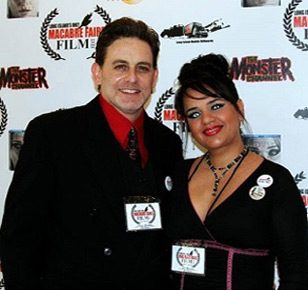 Begun back in 2012 as a dream, the Macabre Faire Film Festival has come a long way in five years. Founded by husband and wife, Adam & Elsie Ginsberg, the two have worked hard to build the Macabre events name and reputation as one of the more diverse film festivals in North America. With a multi-event annually, the film festival returned in January, on Friday the 13th, to host their tenth overall event. Launching a weekend that would extend through Sunday the 15th, on Saturday the 14th, as snow was falling outside, the excitement was just heating up on the red carpet premiere inside the doors of Ronkonkoma’s Clarion Hotel off Veterans Memorial Highway.

The highlight of a three day event showing ninety-two titles with twenty of them Features and seventy-two Shorts, there was a plausible buzz around the Red Carpet premiere. Dressed to the nines, many filmmakers, cast, crew, as well as some special guests were ecstatic for the evening ahead as they made their way into the ballroom for the award ceremony dinner. This evening was more than just about awards though, it was about inspiration, creativity, and the strength of the Indie film community. This was evident by the enthusiasm who came out, including eight involved in the Horror flick Easter Sunday. One of the many films to be shown at Macabre Film Festival, Producer Jason Delgado stated, “What we are really trying to build is a community of Indie filmmakers who work for each other to help one another out and relentlessly pursue that forward progress.”

Forward progress is a good term to define the films features and the festival in general. As stated, the Macabre Faire Film Festival has grown by leaps and bounds, garnering deserved attention. That said, what makes this festival stand out among the plethora of others popping up all over the world? Well, for one, it is held on Long Island, an area which is often overlooked for arts because of such close proximity to New York City. A bold move to bring a film festival to Long Island, many agree it has worked out well, including Impervia Director Patrick Devaney, who has been coming to Macabre since 2012, going on to say, “I love it here. There are a lot of people who say you can’t do this out of Manhattan. If you have determination you can do this. Adam and Elsie brought this to Long Island; we needed this.” As for Impervia, Devaney won Best Sci-Fi/Fantasy Short, while Costume Designer Gail Wisun-Gooch took home an award for Best Costume in a Short. The film also was granted awards for Best Cinematography in a Short, Best Sound in a Short, and the Audience Choice Award. 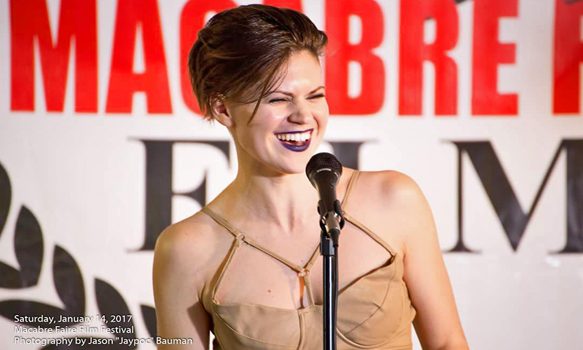 Another aspect that stands out about Macabre Faire Film Festival is its ability to go beyond film projects made in the New York tri-state area. In fact, they even have a category for Best Foreign Short, which gets the international community involved. Astrid Director Luigi Abanto Varese had no regrets about making the trip all the way from Spain, saying, “This is my first time at the festival and I am enjoying it very much.”

As a result, Macabre Faire Film Festival has offered an outlet for aspiring creators abroad, even immigrants such as Rebekah Fieschi. Originally from France, Fieschi made the trip out to Long Island from New York City in support of her film Mauvaises Tetes (Bad Heads). Given the award for Best Screenplay Short, when asked what inspired her film, she said, “One thing was being an immigrant in New York City. Even though you are always surrounded by people, you can still feel lonely. The idea  behind the film is that men like to have several different girlfriends, this is well know and socially accepted, whereas the idea of women feeling the same way is taboo and throughout history stories mainly say that women want to find one husband they stick with forever. This film is about a woman gone mad by these gender expectations in which she doesn’t fit.”

Inspiring to hear the stories of each filmmaker and actor/actress, all had something different to say, but all agreed they loved the atmosphere and fun Macabre Faire Film Festival provides. For many, it has become a new tradition to come to the festival, even if they are not being nominated or having a film shown for that matter. A Wheel Out of Kilter Director Ross Morin affectionately said, “I would keep coming back to Macabre Faire Film Festival, it is amazing.” In addition, Jennifer Valdes, who was on hand for the world premiere of her short Laid to Rest, stated, “I have been coming to the festival since 2013. I have done a few shorts since then. We love Macabre Faire Film Festival; we meet with so many minds that think alike here.”

Speaking of like minds, as mentioned by Valdes, regardless if one was there because of a short film, full-length feature, Horror, Sci-Fi, or Drama, they all respected one another’s work. This is further proof that a film festival does not need to be limited to one genre. For example, Cati Gonzalez was winner of Best Director for her Drama EKAJ. On hand to speak about the film was Actor Maximilian France, who said, “Our film is about drugs, prostitution, AIDS, love, and sabotage. The story is very interesting. As the film progresses, different characters arise.” Quite an intense feature, EKAJ was just one of the many different styled films showcased. There is even a place for music video directors at the Macabre Faire Film Festival with Caleb Allen earning the award for Best Music for River. Sometimes an overlooked craft in film, Allen stated, “You can put a lot into a music video. It doesn’t have to be so abstract all the time.”

In addition to providing a consistent outlet for regular filmmakers, Macabre Faire Film Festival also provides an open door to first timers as well. That open minded outlook has helped launch the careers of many aspiring creators, including Sudden Reality Director/Writer/Actor Matthan Harris, saying, “This is my second time here. My first feature, The Inflicted, played here in 2014. I am very excited to be back.” Harris has gone on to some major productions including forthcoming film Baphomet, which stars Cradle of Filth’s Dani Filth and Italian Horror icon Giovanni Lombardo Radice. How is that for inspiration?

Inspiration comes in all shapes and forms, though, as heard from Rorschach Actress Jamy Gillespie, who said, “I have done mostly theater, a couple of shorts, now I am moving into the film world. This is my first time at any festival and I am having a ball!” Who knows where Gillespie’s career will go from here after being nominated for Best Actress. Clearly, this interest in potential is recognized by others as well, including George A Romero’s Land of the Dead star Eugene Clark, who came out to support the festival. Clark said, “I am excited to meet all this young and fresh energy. They are making a beginning, it keeps them up at night and all through the day. Your hobby may end up being your livelihood one day. I am glad I was told about this festival, I had no idea it would be this big.” As far as a possible new Romero “Dead” film, Clark added, “George, let’s do it again baby!”

So what does all this say about Macabre Faire Film Festival? It says it is a legitimate entity that should not be ignored. Run with grace, professionalism, but most of all a friendly attitude, it is somewhere to keep coming back. Making their world premiere, Danger, Dames, & Dangerous Games Director Alex Salazar stated, “This is a very unique community, it has been fantastic.” Agreeing, She Rises nominated Cinematographer Larry Wade Carrell added, “It is unlike any other festival I have been to all over the world. The people who select the movies here don’t mess around, they have very high standards. It really means a lot to be invited here. ” On that note, the winter of 2017’s Macabre Faire Film Festival was yet another hit, with many more sure to come. 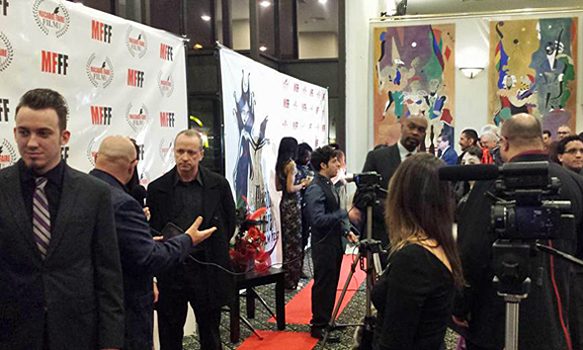 Nominees and winners at the Macabre Faire Film Festival:

(Winners are highlighted in RED)