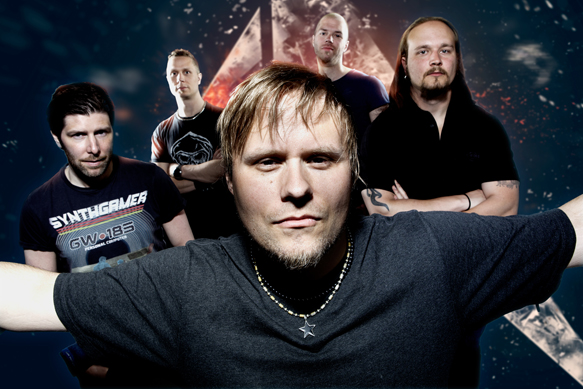 Steering clear of similar acts, Lulea, Sweden’s Machinae Supremacy have been following their own, unique musical vision since the summer of 2000. Playing what the band calls SID Metal – a combination of Power Metal, Alternative Rock, Electrobeats, and the sounds from the SID chip from the old school Commodore 64 home computer – Machinae Supremacy released their sixth studio album, Phantom Shadow, in the last weeks of August, 2014. The band currently consists of Robert “Gaz” Stjärnström on vocals, Jonas “Gibli” Rörling on lead guitar and backing vocals, Andreas “Gordon” Gerdin on bass, Niklas “Nicky” Karvonen on drums and Tomi Luoma on rhythm guitar. The boys of Machinae Supremacy released their first album, Deus Ex Machina, back in 2004 and currently have thirty two free, original recordings via their website.

While the first five records – the self-financed debut album, plus Redeemer (2006), Overworld (2008), A View From The End of The World (2010), and Rise From a Digital Nation (2012) – had relied heavily on the beeping, squawking computer sounds, it seems Machinae Supremacy found a well-balanced mixture in this 2014 concept album. With a major label, the Finnish-based Spinefarm Records, at their backs since 2006 and more than ten million downloads of free music offered through their homepage, the band’s worldwide fanbase is growing by leaps and bounds. With past performances with the Royal Philharmonic Orchestra in Stockholm, a European support tour opening up for Children of Bodom, an appearance in the official Swedish IIHF Ice Hockey World Championships TV commercial and producing the original soundtrack to the video game Giana Sisters: Twisted Dreams together with video game music legend Chris Hülsbeck, Machinae Supremacy have become something of a household name in Europe, and are now finding fans across the pond that just cannot get enough of their solitary style.

After the opening sequence “I Wasn’t Made For The World I Left Behind,” the album starts with the impulsive “The Villain Of This Story,” where extraordinary singer Stjärnström steers the ship through Heavy Metal waters in most Stratovarious-like manner. The Commodore/Atari-soundscapes are integrated perfectly into the overall picture. Although the C64 electronics are in contrast with the strange, omnipresent melody in “Perfect Dark,” this is the reason why Machinae Supremacy do not sound like just another copy of Hammerfall or Dragonforce. Starting with acoustic guitar, violins and light electronica, a very special highlight marks the multilayered song, “Europa.” This track swells with female vocals and a circular melody into a real masterpiece, which showcases everything the band has to offer. Listening to this one with headphones on floats fans on a cloud and sends them adrift, far away to another universe. The next two sharp riffing tracks, “Phantom Battle” and “Renegades,” are introduced by Glam Rock sequences and then roll along nicely, with fantastic guitar leads in combination with computer sounds and imbedded electronica, which never appears brash or heavy handed. Clear and with outstanding affect, these melodies kick up the tempos while carrying the verses of the synthesizer wails and candy coated bleeps of songs “Beyond Good and Evil” and “The Bigger They Are The Harder They Fall,” which are the best examples of the range of Machinae Supremecy’s sound on this album. Anyone wanting to check out one of the more strange compositions should try the “The Second One,” a great, trippy little gem. On the eleventh offering on the album, singer Stjärnström reminds the listener of My Chemical Romance vocalist Gerard Way, giving this song a unique sound and lyrical combination for this Power Metal band.

In summary, Machinae Supremacy created an extraordinary metal album which should be checked out at least once by Metal lovers and computer game geeks alike, along with anyone who wants a break from the average Rock-n-Roll story. Even though the electronics here and there need some time to get used to, Phantom Shadow appears refreshing, enthusiastic and far in excess to other bands of the genre.  CrypticRock gives Phantom Shadow 4 out of 5 stars. 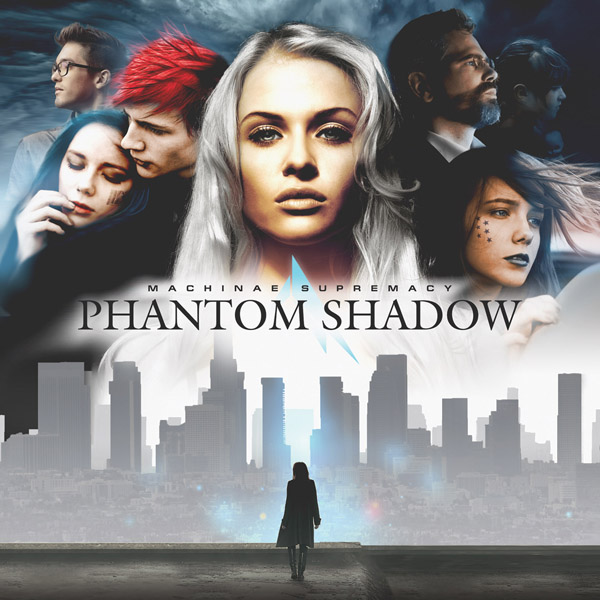