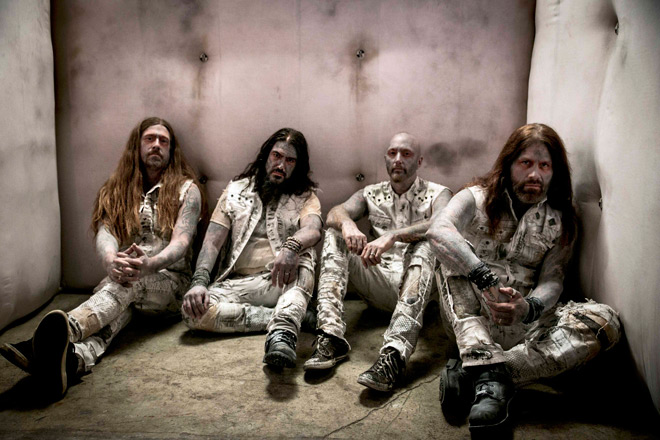 The old adage “they don’t make things like they used to” only applies to about seventy-five percent of modern Heavy Metal. Although, it is far from true in the case of Machine Head. Fronted by none other than Guitarist/Vocalist Robb Flynn, since the early nineties, this Oakland, CA based band has had no shortage of content or dedication when it comes to making an album. Additionally, through the years, Flynn has explored every aspect of Metal that interests him, and at select times, throwing it all into one of Machine Head’s own songs.

Now, after eight studio albums that range all over the map in style from Grind to Thrash, to Hardcore to Nu Metal, to good ole classic Heavy Metal and beyond, they are about to dish out their ninth album, Catharsis on Friday, January 19th through Nuclear Blast Records. Offering fifteen new songs that cover all of the above, Catharsis has a lot to offer longtime fans.

A follow-up to 2014’s Bloodstone & Diamonds, on Catharsis, Flynn also really seems to enjoy switching up his vocals from raw to clean, to rapping, to whatever happens to fit in the moment. After Bassist Adam Duce parted ways in 2013, Machine Head took on a new direction with the harmonizing of the backing vocals, which were excellently handled by Jared MacEachern. This is vital to mention because MacEachern plays a very important role on Catharsis since there are many moments of clean vocals and harmonizing along with crafty bass. Additionally, other credible members behind the madness of Catharsis is Phil Demmel on guitar/backing vocals as well as longtime exploratory Drummer Dave McClain.

With each part of Machine Head firing on all cycles, the album starts off with the expected heavy grind stylings of “Volatile.” Packing a hefty first punch, it spins completely around into the title-track, which is a clean vocal harmonizing, very Nu Metal style. The Nu Metal sound, complete with rapping vocals, is heavily repeated throughout most of Catharsis. While it may seem they have relapsed a bit to their late nineties style, there are many more surprises to be had on the album that won’t let it settle for just mediocre and typical. In fact, “California Bleeding” opens up some entertaining doors with an unusual hodgepodge of styles that all seem to actually work decently without too much chaos in the four minute song.

Moving into the heart of Catharsis, after the rap singing and Nu Metal domination of “Triple Beam,” comes a very unanticipated tune of non -vocal dominated melodies in the form of “Bastards.” Very calming in nature, it eventually soars into yet another unexpected realm Machine Head is proving capable of. Later on, the track “Screaming In The Sun” carries over from the Pantera era Grove Metal elements into a cleaner vocal styling with harmony. Just when the common thought of Groove Metal diminishes, the serene and peaceful acoustic cut “Behind A Mask” comes into play with a very exciting vocal tale that is one of the most heartfelt of the album. While it may be lacking in Metal heritage, it is actually a favorite for its creative execution, which is surprising and satisfying.

However, the most outstanding song of all lies in “Heavy Lies The Crown.” Not only does this tune have absolutely every fan-favorite attribute of Machine Head, from the wacky lyrics to the wildly heavy and fun riffs and beats, it also is an over eight minute long of fluidly composed insanity. Usually, and often on Catharsis, there are plenty of scattered thoughts that almost become nonsensical until the moment of great skill in a complex riff or harmonizing lyric jumps in to banish the chaos. A masterful tune, there is nothing that can top it, although, the Lemmy tribute “Razorblade Smile” is certainly worth mentioning. This is while the ending of “Eulogy” is a beautifully done sermon that salutes the modern world with its complex dilemmas that may never be rectified.

When summing up the mass of Catharsis, as a whole, it really can be viewed from two opposing standpoints. The first, this album strays wildly from any kind of focus or specified sound, playing to the mood and moment that Robb Flynn let escape at the time of creation. The other side of the coin is that an outlaw attitude has taken over and Catharsis gains a multitude of originality for not selling out, or at least not being able to define so easily.

Either way Catharsis is viewed, it must be said that Machine Head delivers in all aspects. For not backing down or over editing the music, along with delivering a very unique eclectic album experience, CrypticRock gives Catharsis 4 out of 5 stars. 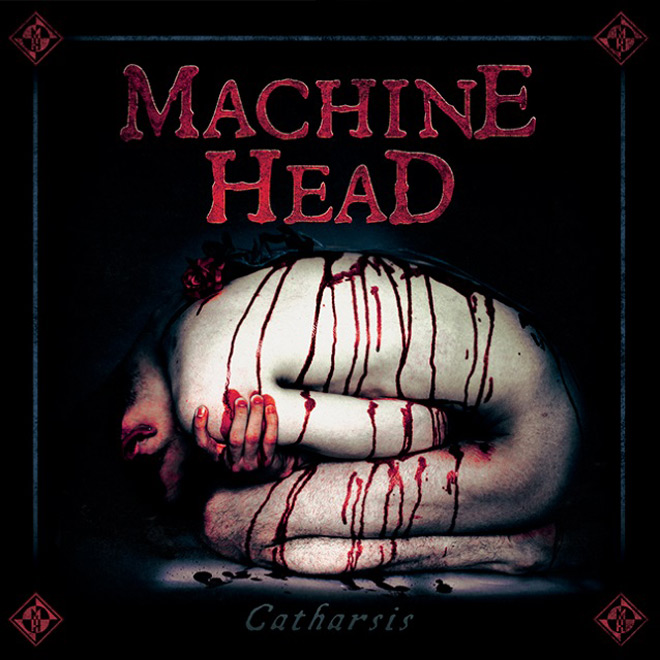