A bulldozing force in Heavy Metal, Machine Head – Robb Flynn (Lead Vocals, Guitar), Phil Demmel (Guitar), Jared MacEachern (Bass), and Dave McClain (Drums) – bestowed their 2 hour and 45 minute, head-thrashing, Metal extravaganza to The Playstation Theater in the Times Square sector of New York City on February the 9th of 2018. A cold Friday night, Machine Head fans, or as the band dubs them, “Head Cases,” could be found lined up outside the venue, braving the weather, for nearly an hour before doors opened.

Headlining a colossal tour in support of their ninth full length studio album, Catharsis, the Oakland, California based Machine Head are long time, Heavy Metal warriors whose impressive timeline dates back to 1991, three years prior to the release of the band’s first record – 1994’s Burn My Eyes. Gaining momentum album to album, Machine Head’s early sound was based in the Nu Metal arena until the band decided to take on a purely Thrash Metal sound with their 2007 release – The Blackening. A monstrous, chart-topping, and critically acclaimed hit, The Blackening gained Machine Head legions of new “Head Cases,” including James Hetfield of Metallica. Hetfield loved the band so much that Machine Head was entrusted as the direct support act on Metallica’s World Magnetic Tour – and Machine Head dominated every show.

That said, with the release of the aforementioned Catharsis, back on January 26, 2018 through Nuclear Blast Records, Machine Head once again found chart-topping success as Catharsis, the same day of the albums release, immediately reached No. 1 on both the iTunes Rock and Metal Chart, later peaking at No. 65 on the Billboard U.S. 200, and topping International album charts worldwide.

Overwhelming accomplishments at hand, Machine Head were ready to take their merciless show on the road as the tour began in Mesa, Arizona on January 25, 2018, inevitably making their way into New York City two weeks later. As droves of “Head Cases” poured into The Playstation Theater, these Heavy Metal fanatics knew this would be no ordinary show, as Machine Head has no support act, and the immense stage set of white backdrops with images of splattered blood were already exposed.

Soon, the room filled to near capacity and an air of excitement was present within the stimulated crowd who were on tap to blow off some steam on a Friday night. Suddenly, to the hair-raising soundtrack of Ozzy Osbourne’s “Diary of a Madman,” the lights came down and every “Head Case,” from the front row to the back, could be heard chanting – “Machine F*cking Head! Machine F*cking Head!”

To the rapture of the New York City crowd, the mighty Machine Head adorned the stage, and to a towering ovation from the audience, the band set off with a deafening version of “Imperium” followed by the first explosive new cut of the evening, “Volatile.” Merely two songs in, the audience was primed and ready, as Machine Head dove into an earth-shaking performance of “Now We Die,” the bewitching “Beautiful Mourning,” and then it was all about “The Blood, The Sweat, The Tears.” 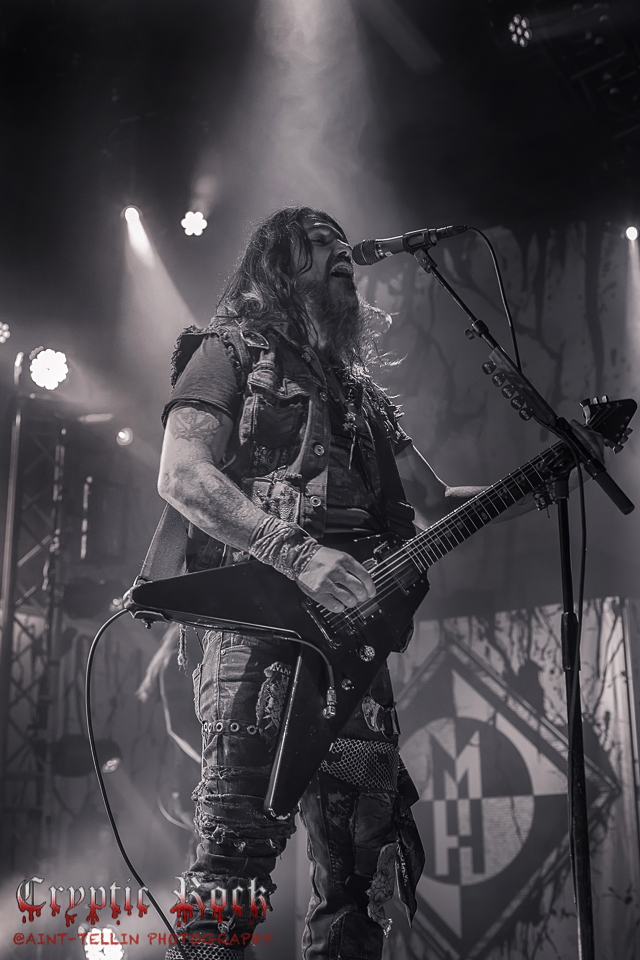 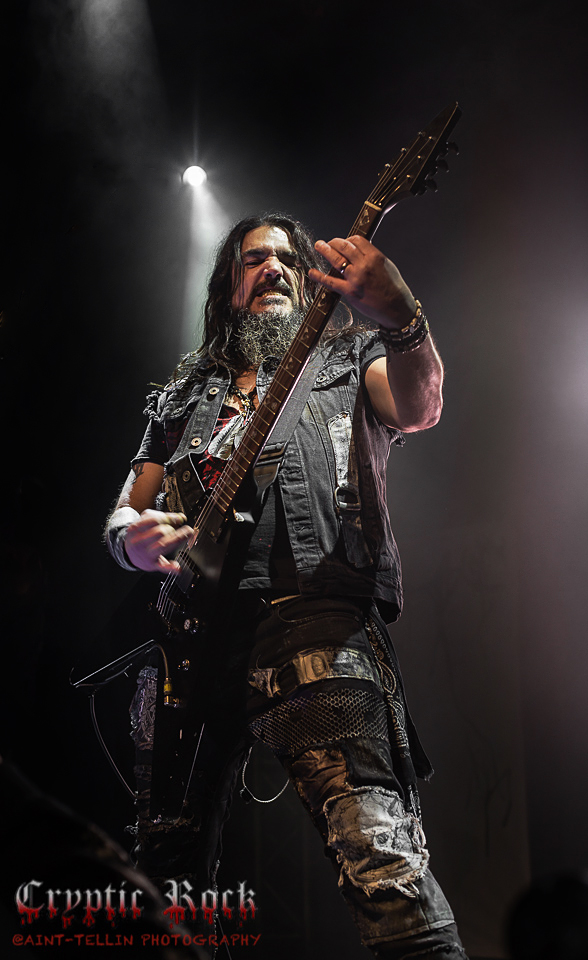 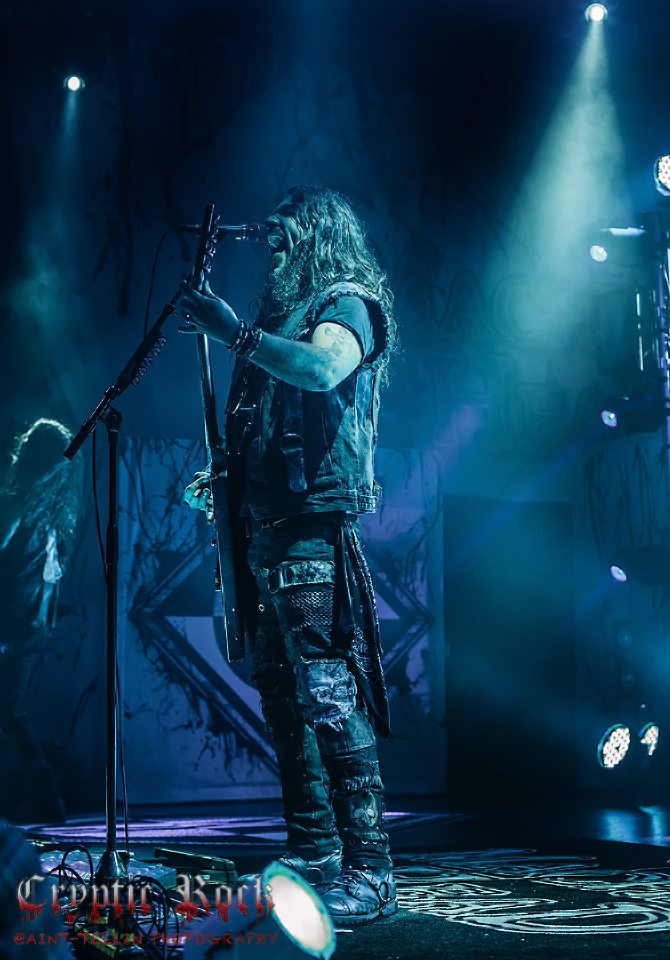 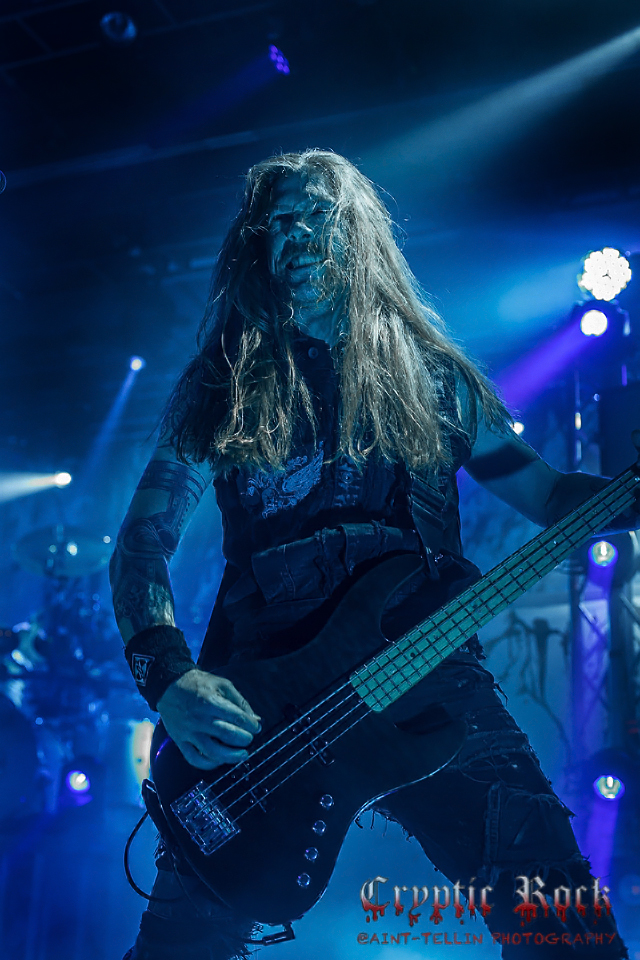 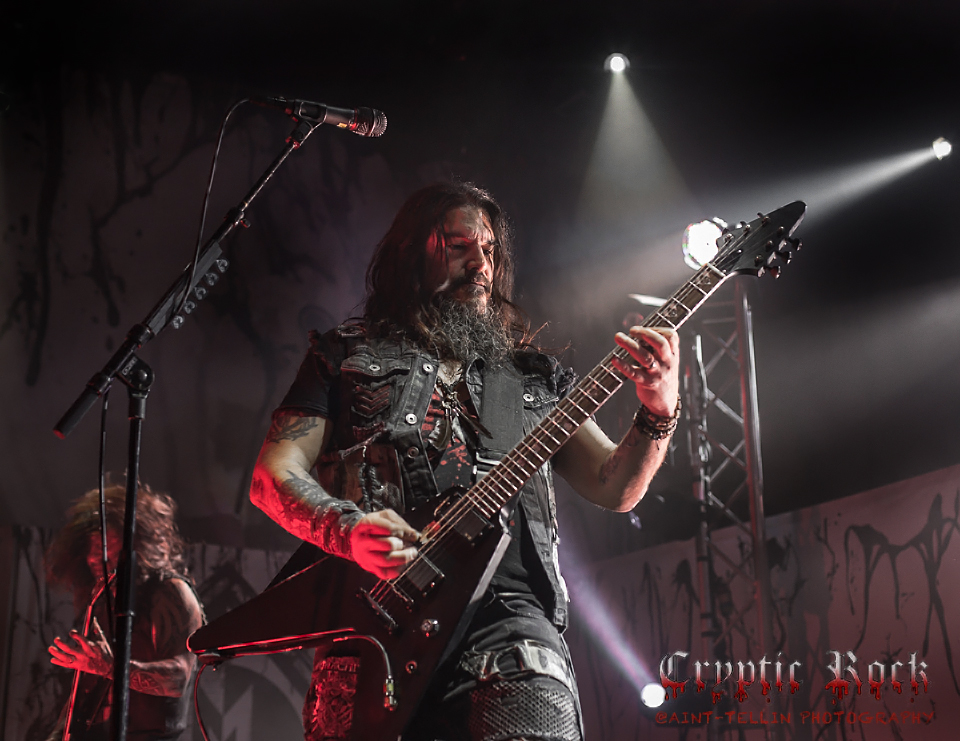 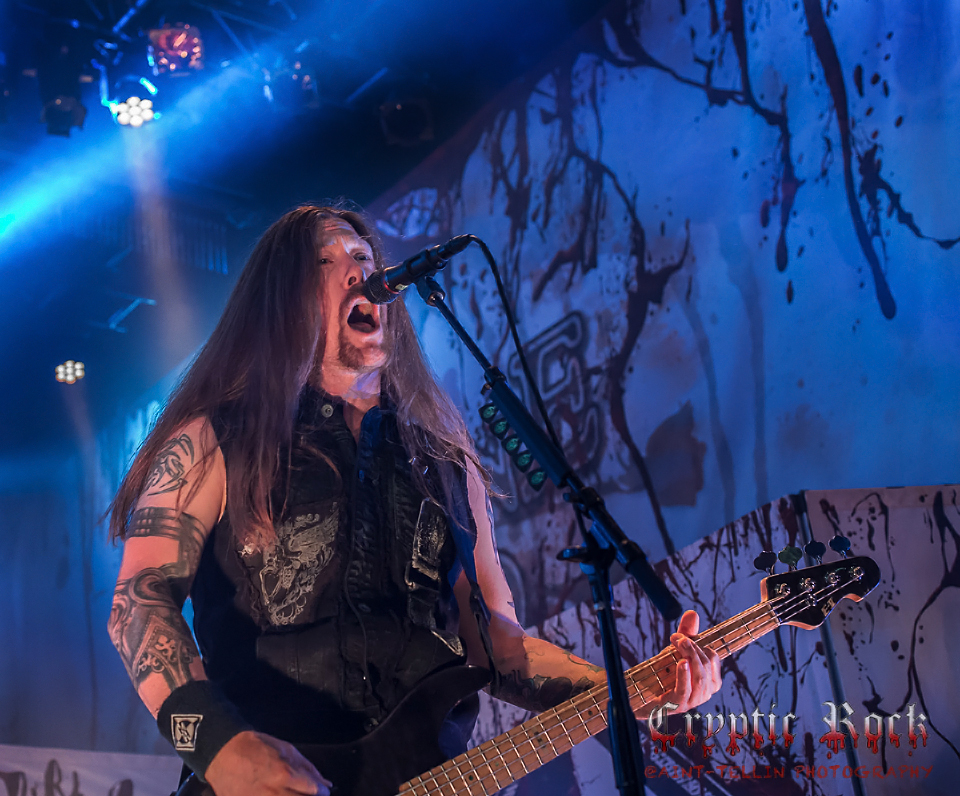 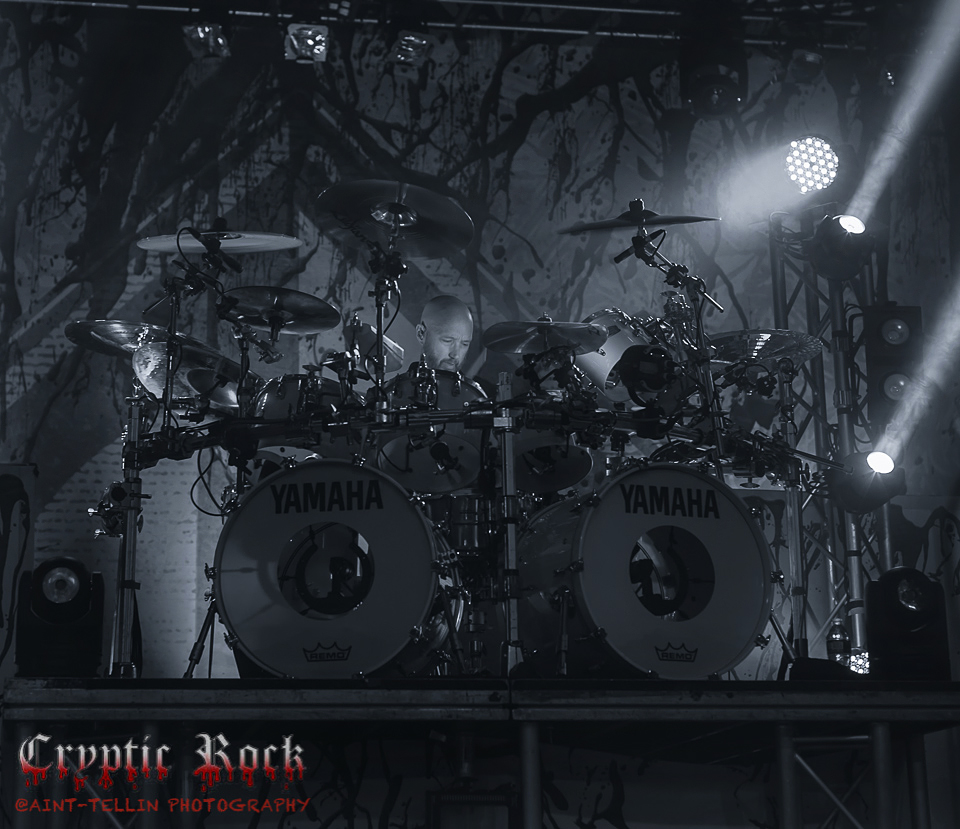 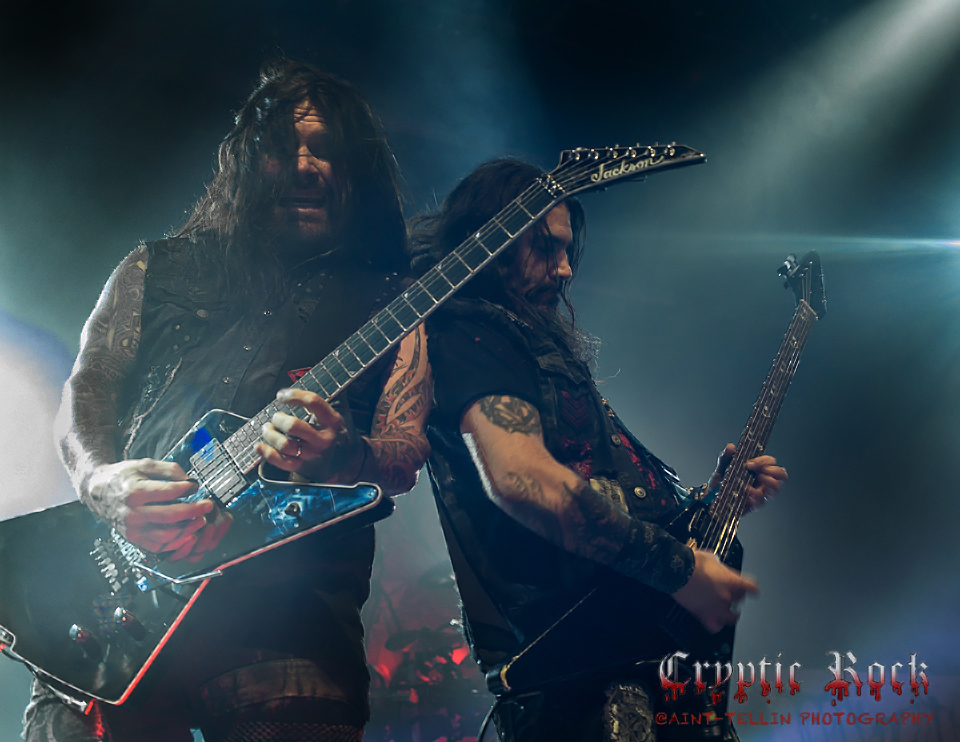 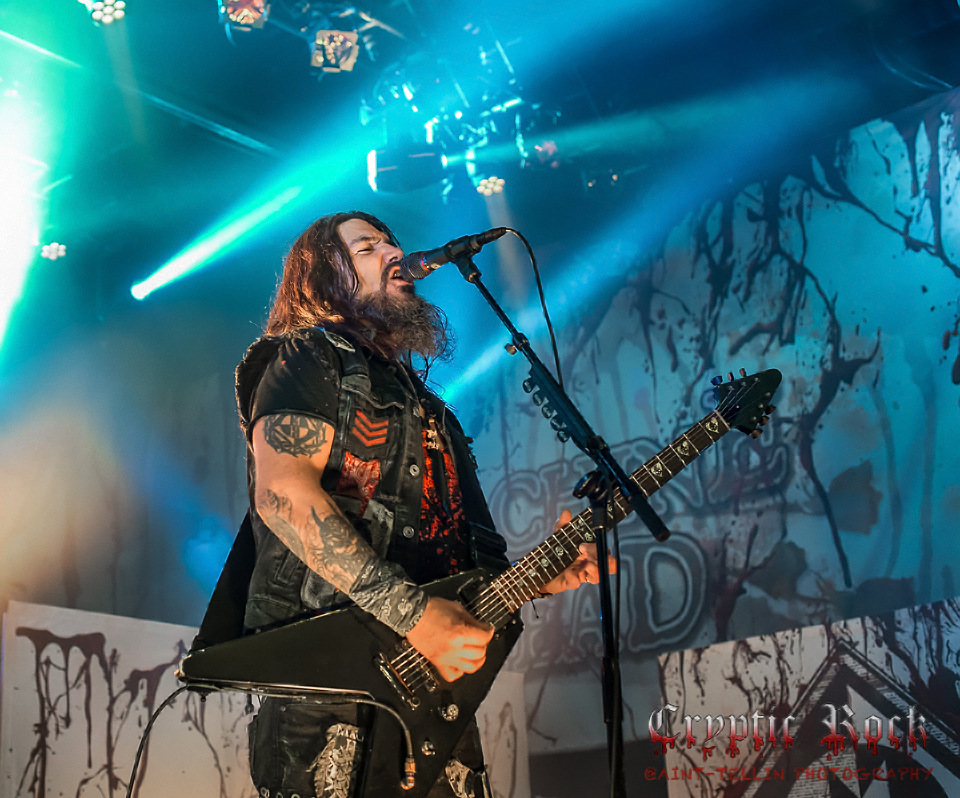 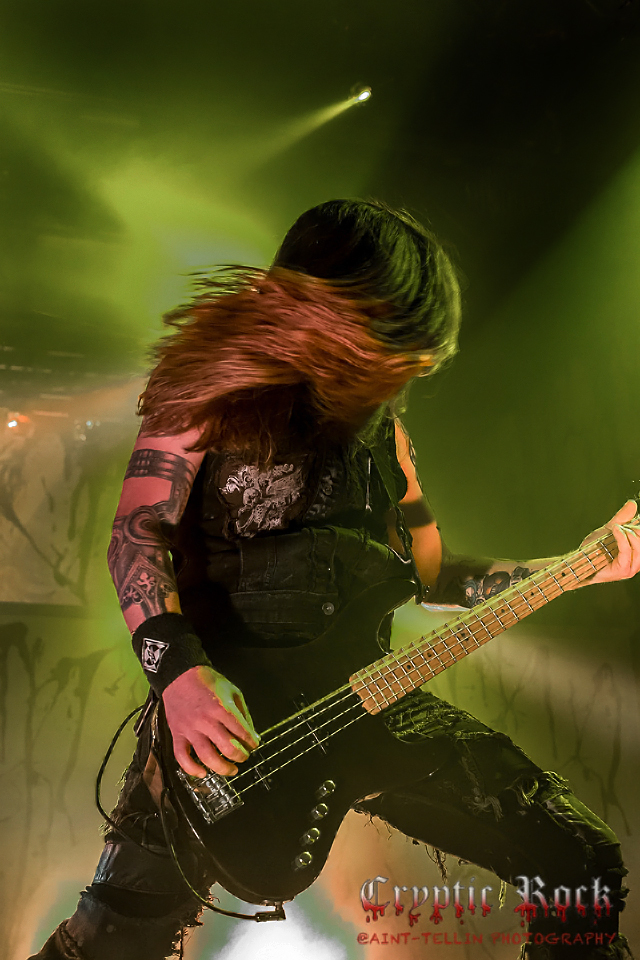 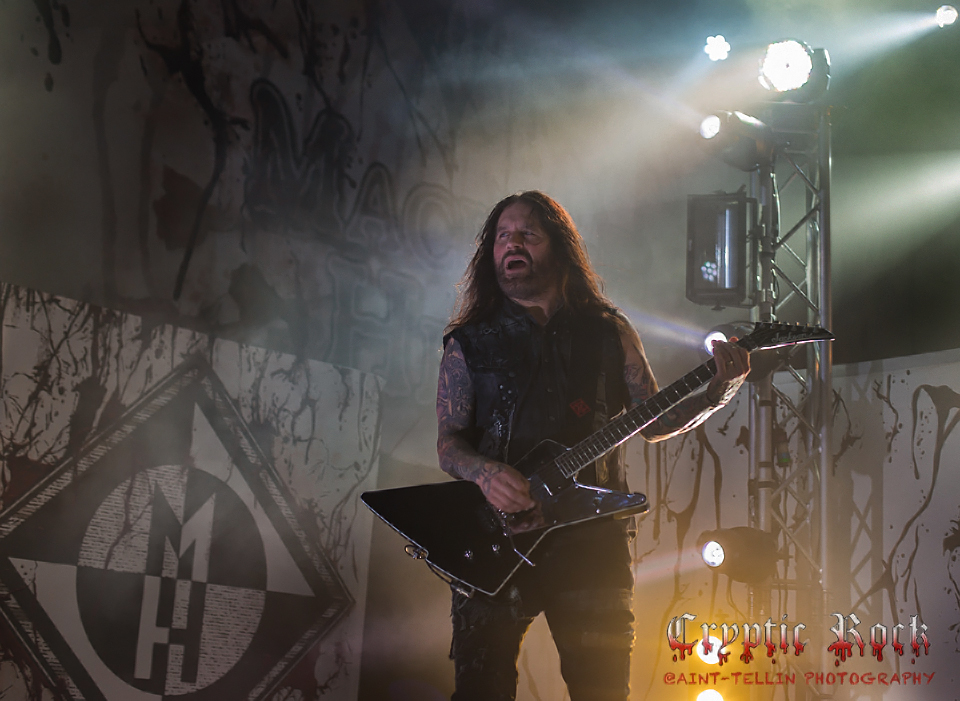 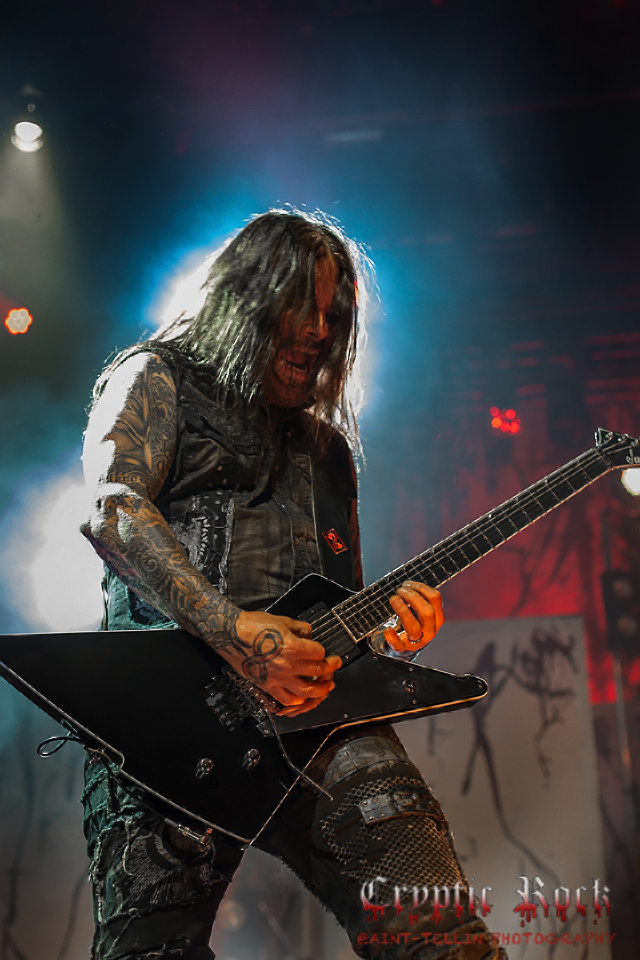 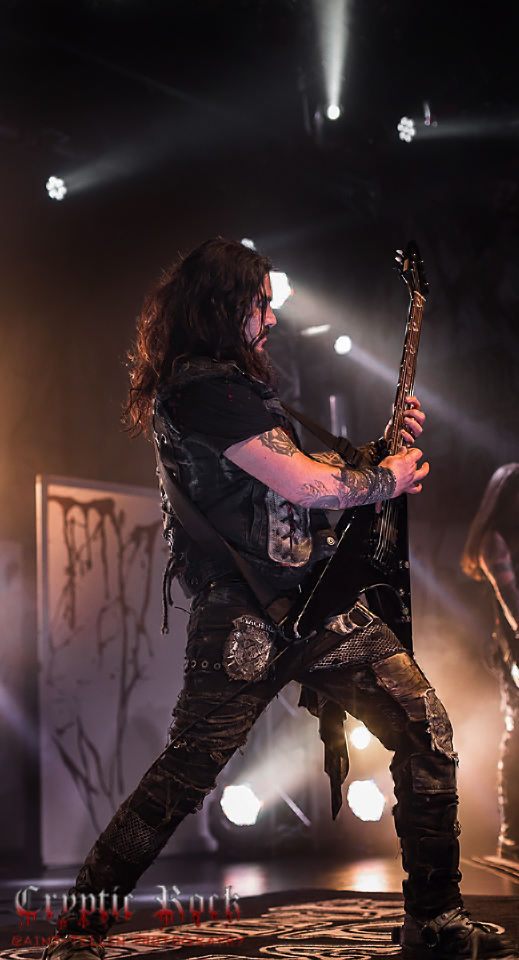 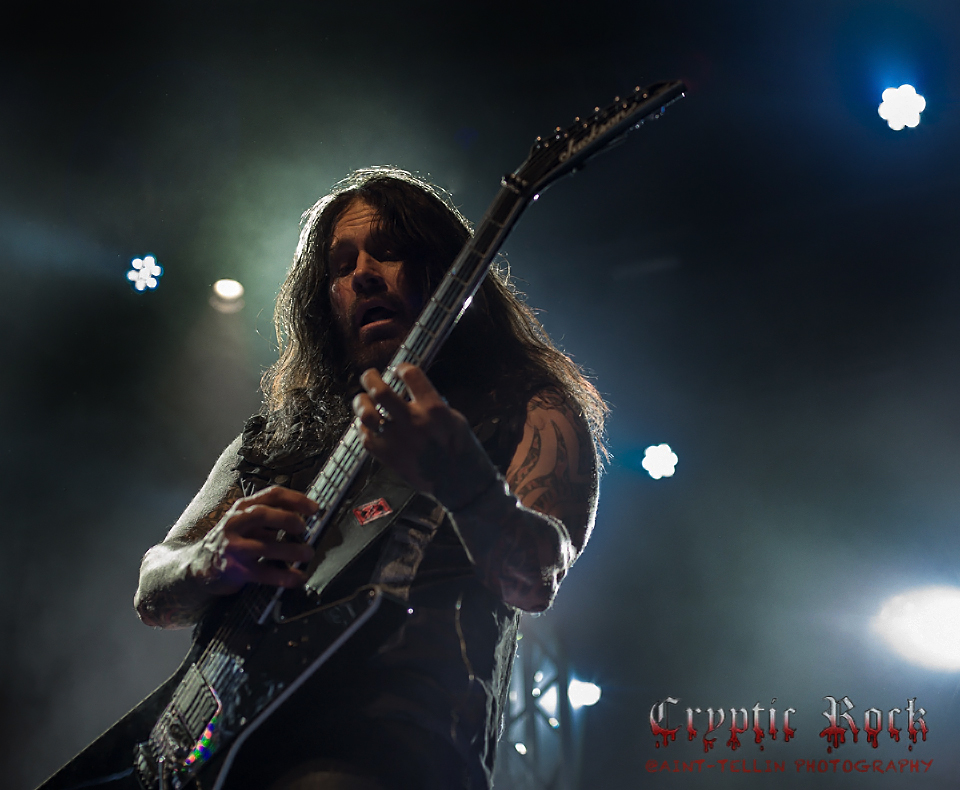 Next, “Desire to Fire” was unwavering before Demmel took the spotlight for a roaring guitar solo that was followed by an extremely candid point in the set given by Flynn. To briefly rewind, the release of the bands latest album, Catharsis, was met with mixed emotions, some fair and some highly unnecessary, from fans and critics alike. Catharsis is much more simple in nature, containing more melody than the band’s previous recordings, and deeper subject matter, yet still capturing all the heaviness of a great Machine Head album.

So, as Flynn is warming up to play the next song, he begins to speak openly about the recent challenges Machine Head has faced. Flynn talked about all the hate and negativity Machine Head has been receiving on social media, needing to hire extra security due to this, losing fans in the process, the creative process for the album, and no matter what, the band never failed to stick together. Grateful for the true “Head Cases,” Flynn thanked those who stuck by Machine Head and let it be known that the proven success of Catharsis is all thanks to the fans – a packed house then graced the band with cheers of admiration as Flynn went into “Darkness Within” off 2011’s Unto The Locust.

After taking it all in, Machine Head kept the energy alive, playing a cleansing “Catharsis,” taking it old school with “From This Day,” head-banging with “Ten Ton Hammer,” bleeding through “Is There Anybody Out There?,” and suffering with “Locust.” In an even deeper moment, Flynn asked the audience to put up their cellphone flashlights for the new track, “Bastards.” A really well-done and substantial number, Flynn wrote “Bastards” to his sons about the messed up world we live in today, and with a very Punk Rock touch, sends that old message  – “Don’t Let The Bastards Grind You Down.”

About half way through, following a pounding drum solo from McClain, Flynn declared that most bands would stop at this point but, as Flynn put it, “Most Bands are Pussies!,” and, with plenty left in the tank, the band conquered with “Bulldozer,” “Killers & Kings,” and “Davidian.” Slowing things down a little with the heavily, acoustically dramatic “Behind a Mask,” “Elegy” roared, and “Take My Scars” numbed the mind as the set neared a close.

Giving it all, both Machine Head and the crowd were demented, as Flynn dedicated a stunning “Aesthetics of Hate” to Dimebag Darrell before executing with “Game Over.” Heavy as hell, Flynn explained the band has not played the next song, “Blood for Blood,” in New York City since 1994 when the band performed at the legendary club known as The Limelight. Closing the longest setlist of the tour so far, Machine Head said goodnight following a stirring and mighty performance of “Halo” – ending an incredible show.

A shining night of Metal, Machine Head truly gave their blood, their sweat, and their tears to the New York City Metal community. Delivering a titanic performance of unbridled, devastating, and passionate Heavy Metal mastery, Flynn was a tremendous and engaging frontman, ripping on guitar as he belted out every word, while Demmel shredded, and MacEachern and McClain were imposing in the rhythm section. Needless to say, the “Head Cases” dispersed out of The Playstation Theater, back into the city streets, elated to have just witnessed one of the best Heavy Metal tours of the year. 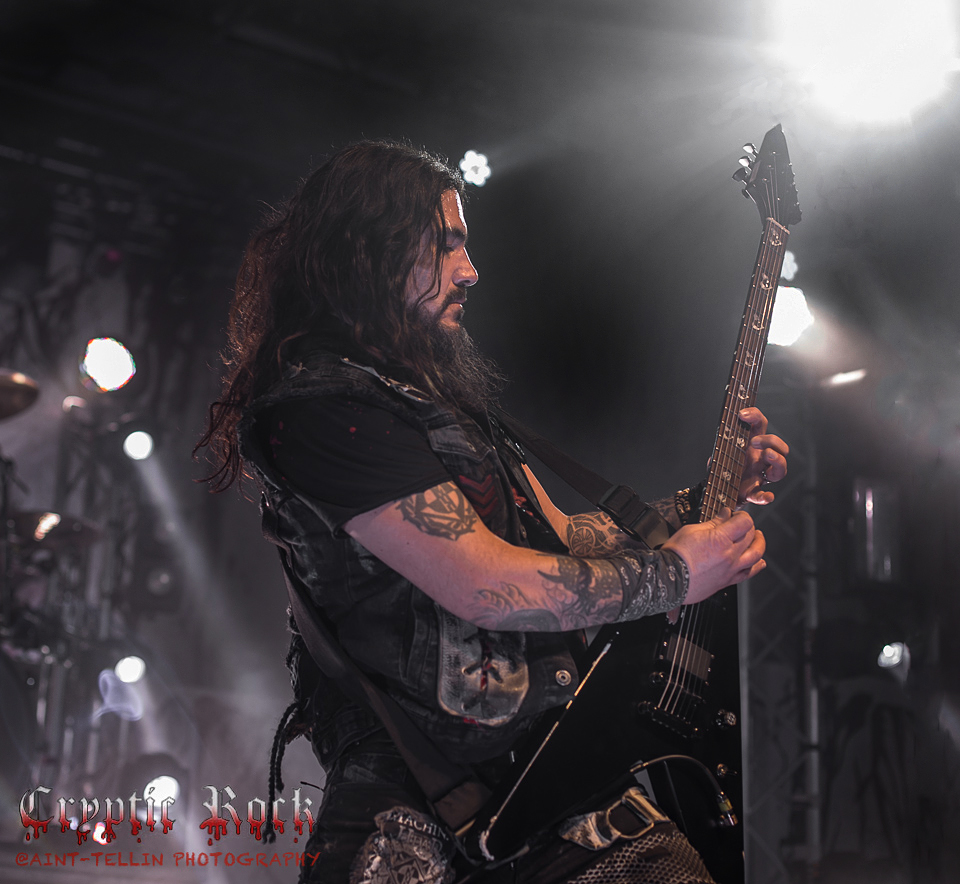 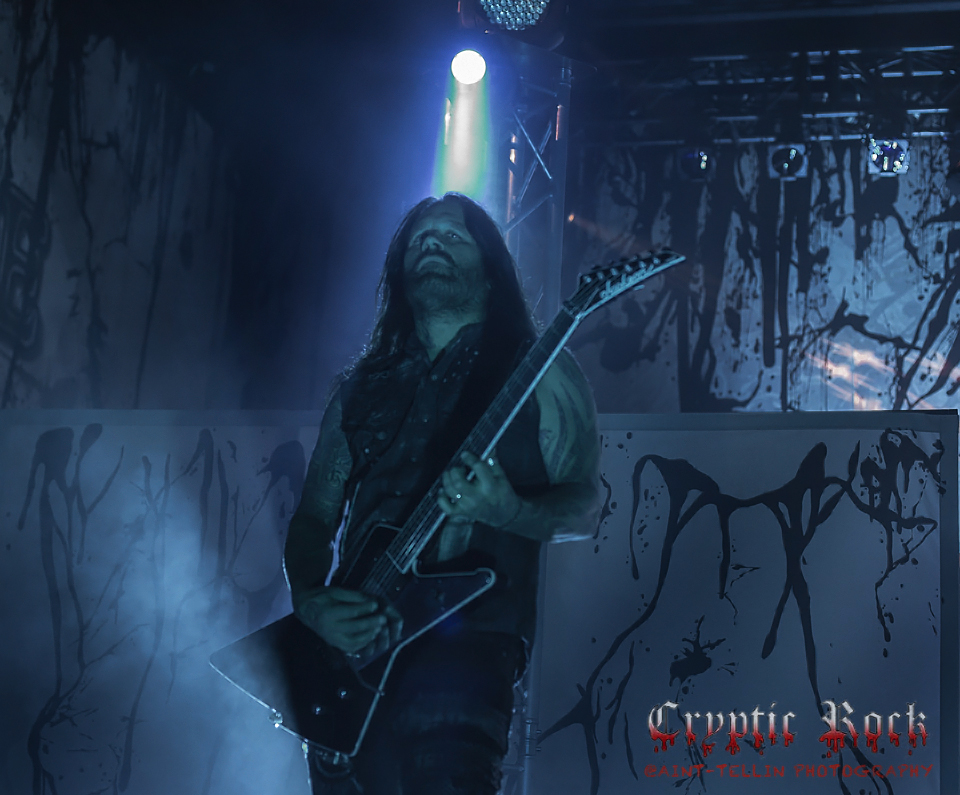 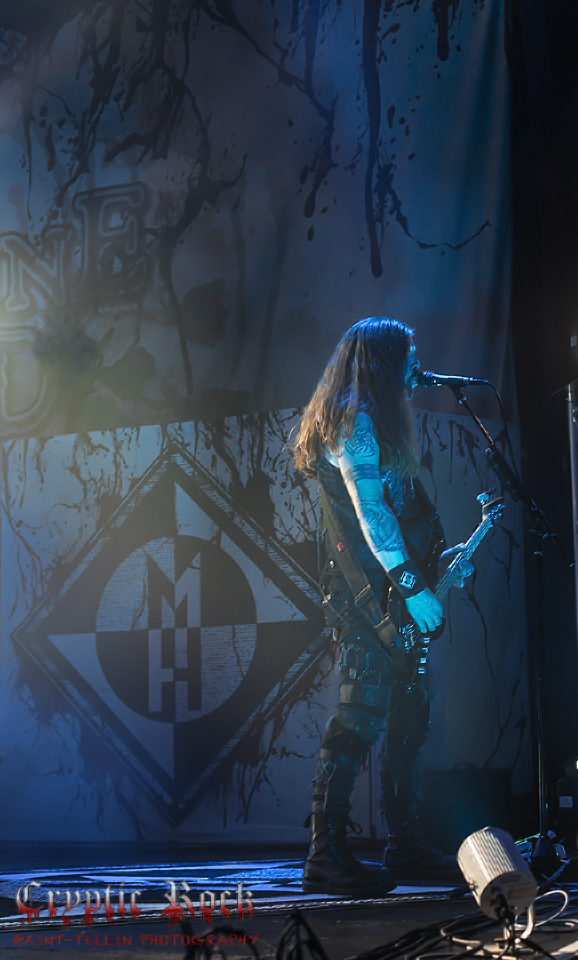 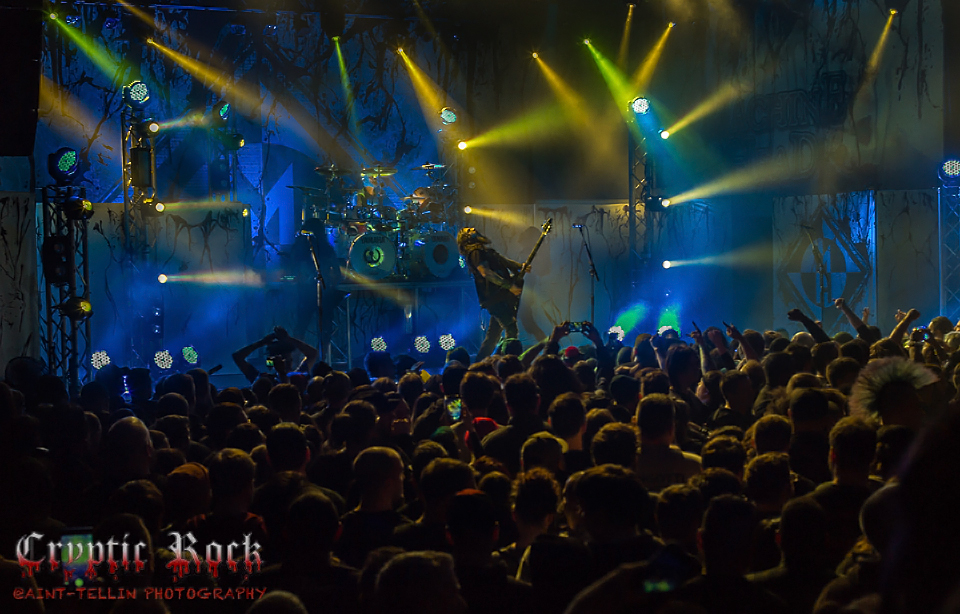 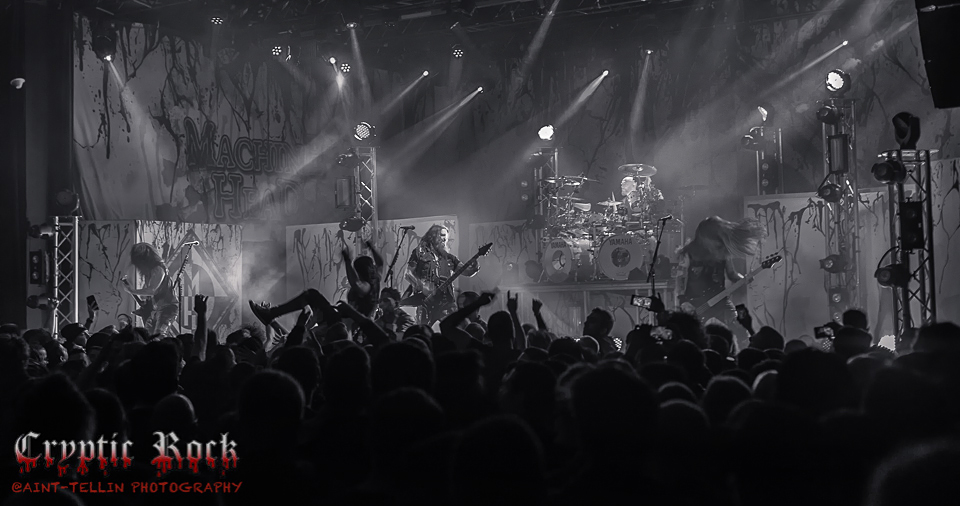 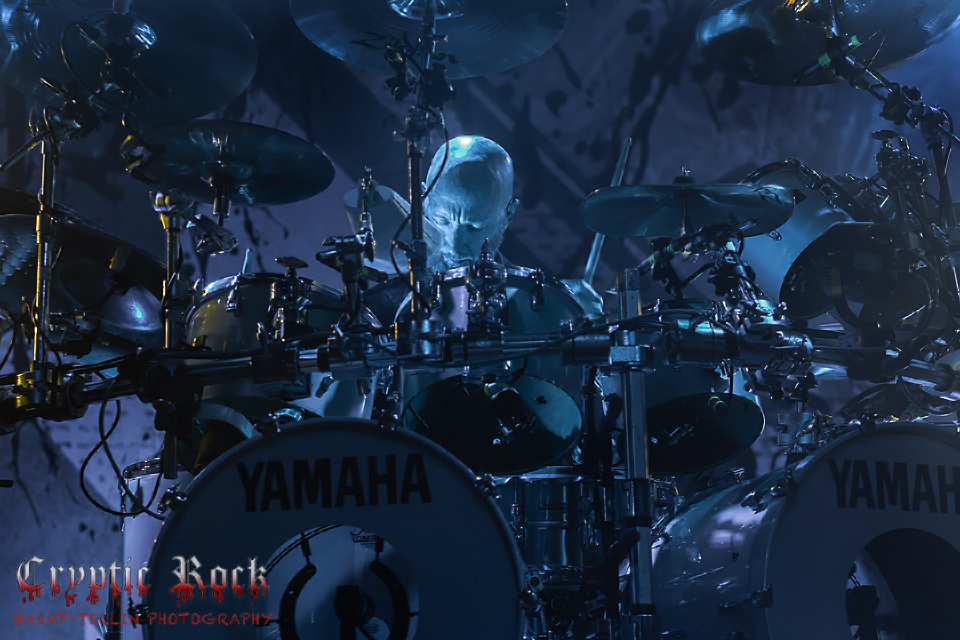 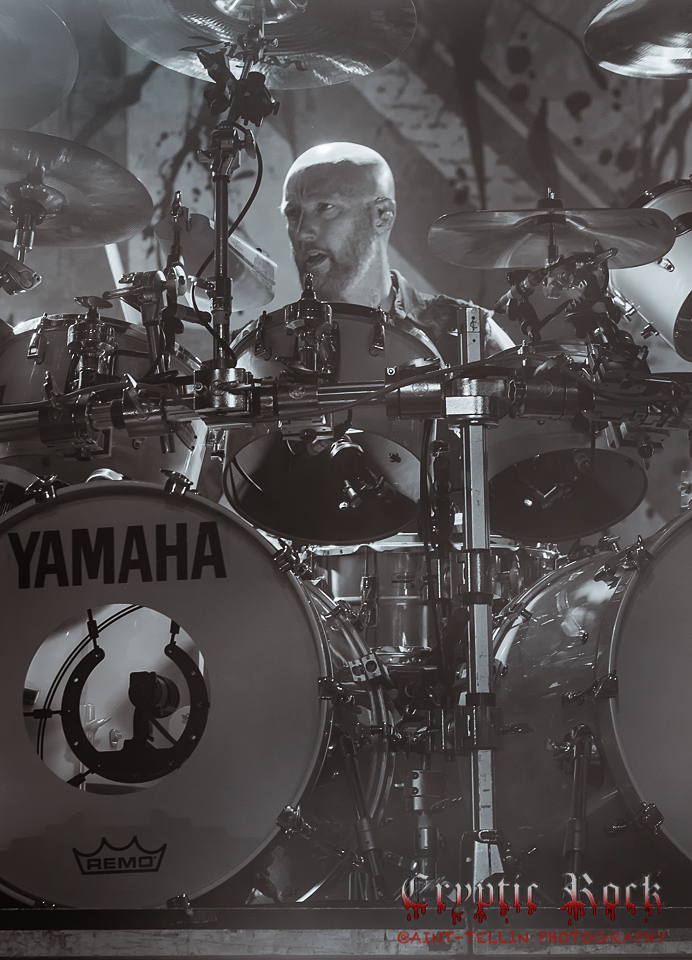 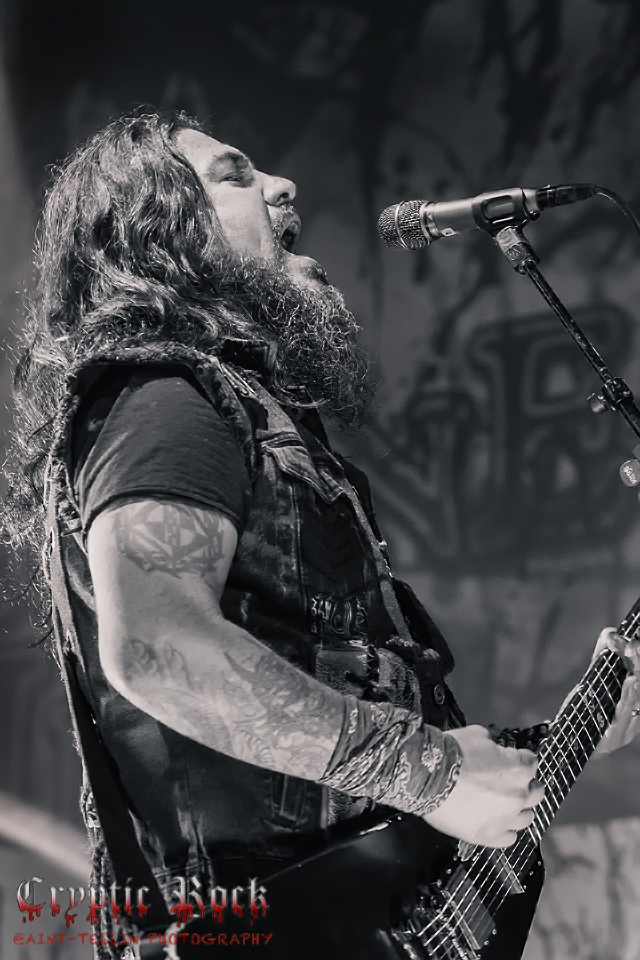 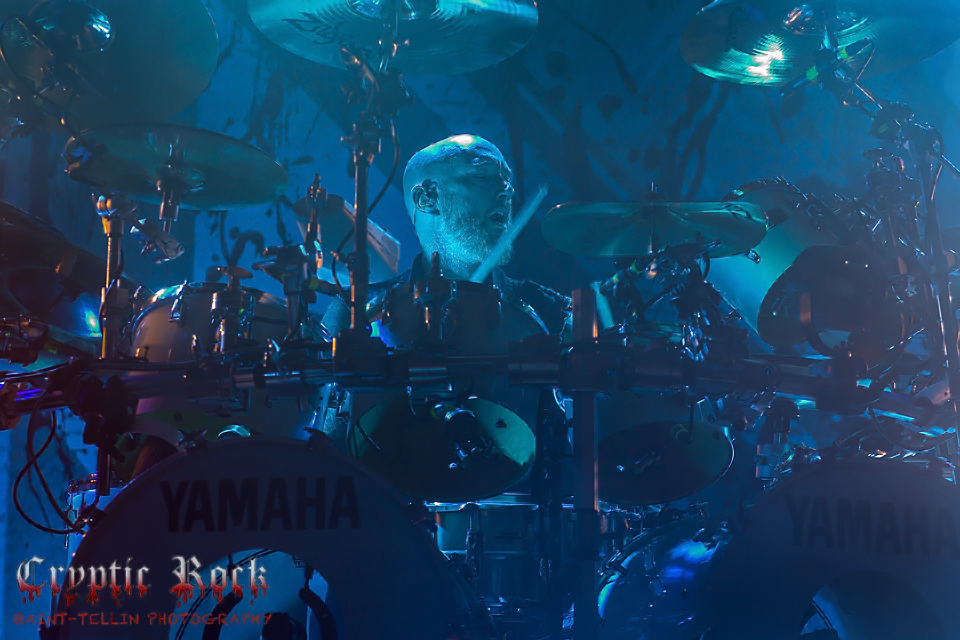 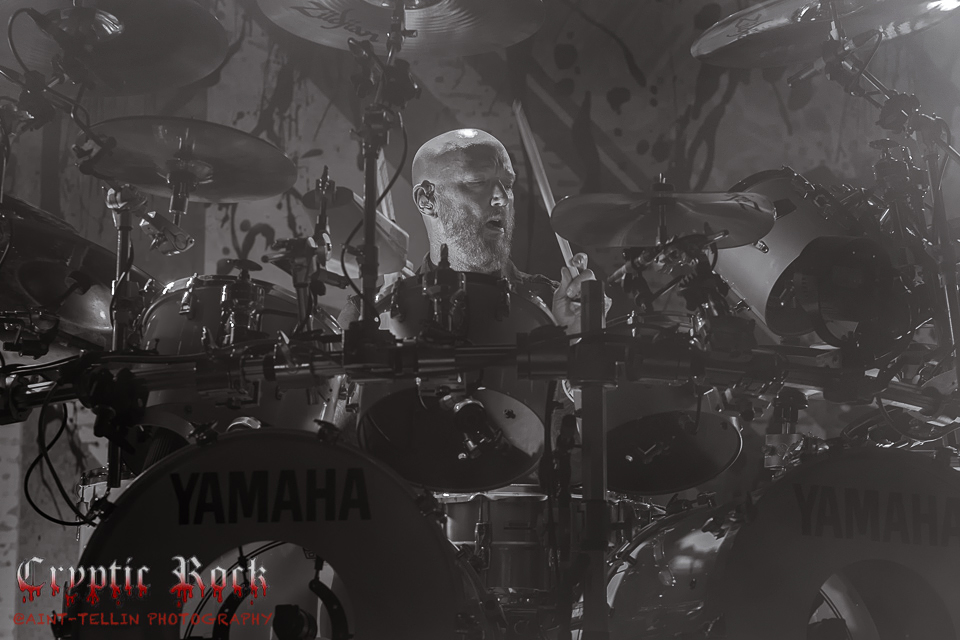 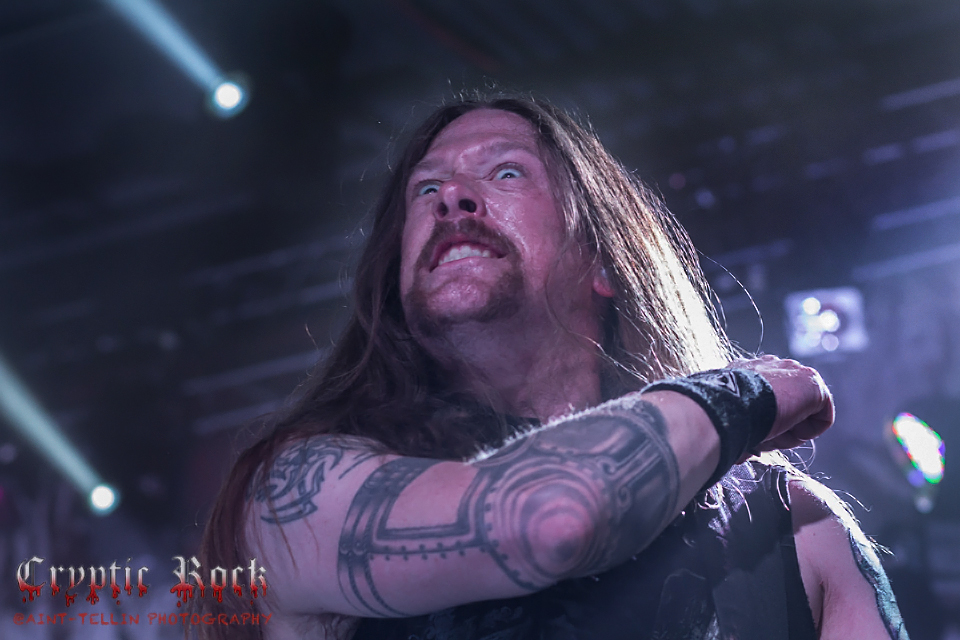 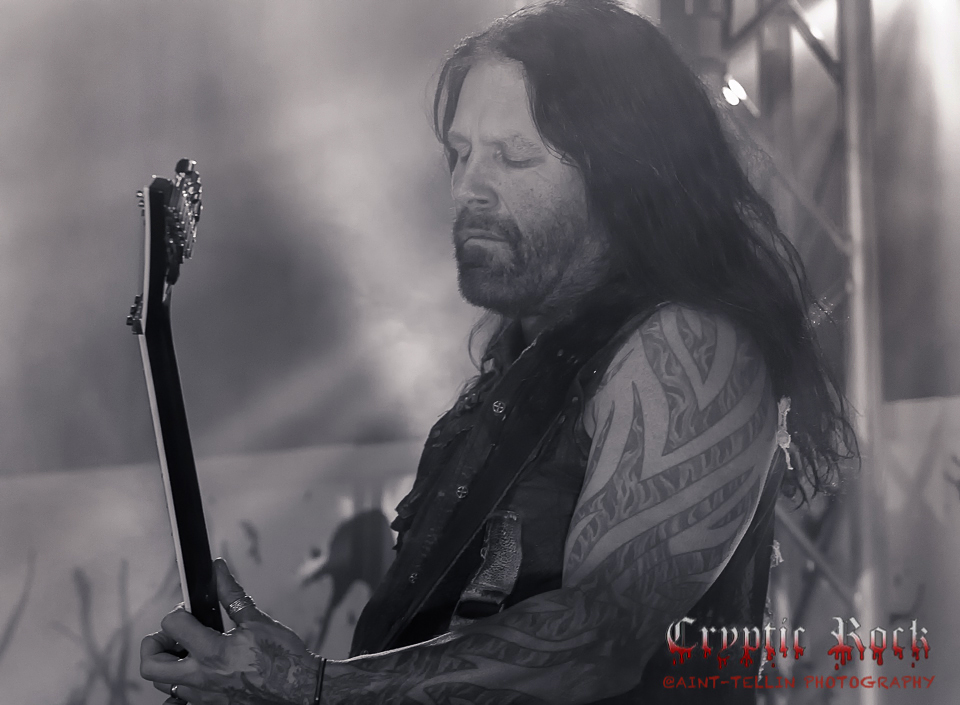 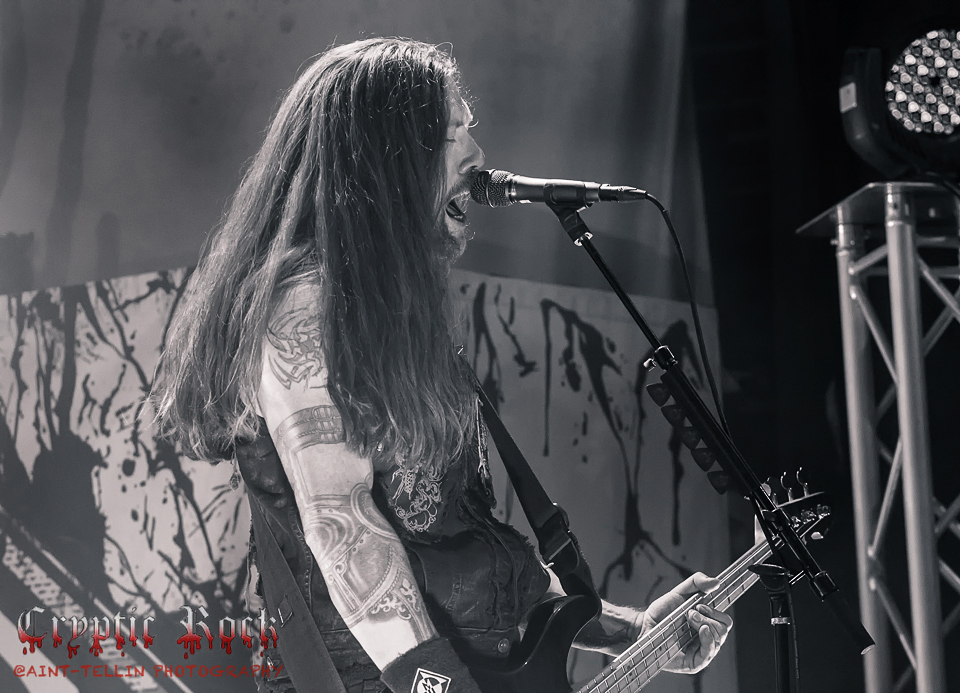